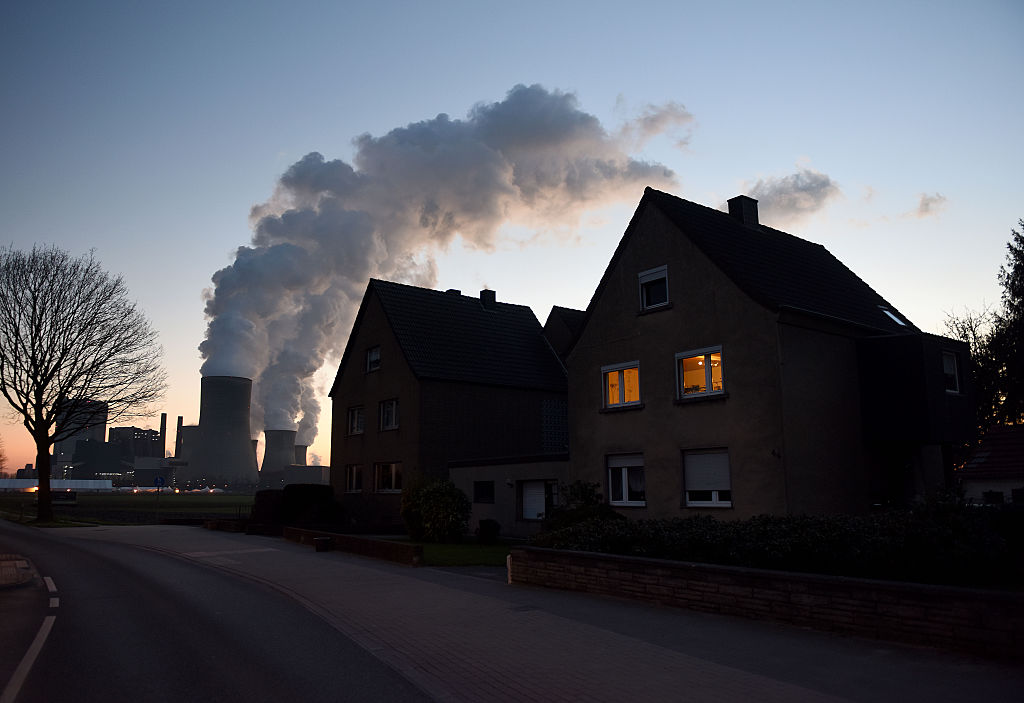 "Transitioning" from coal to... what?

Richard Fernandez recently wrote about Germany's famous (and infamous) Energiewende policy program, whose object was to transition the country away from low-carbon natural gas and effectively zero-carbon nuclear energy, but whose consequence has been to replace them with carbon-intensive coal while getting the country addicted to Russian oil and gas. The irony of this is something we've touched on before at The Pipeline, as when we pointed out the fact that Germany, an inspiration to environmentalists the world over, has been "bulldozing forests for the purposes of mining coal," at the same time as the purportedly evil empire of America, governed by a cabal of grasping oil executives in smoke-filled rooms, has led the world in total emissions reduction since the year 2000.

In a more just world, tree-huggers everywhere would be celebrating the fracking revolution rather than obsessing over environmentally questionable solar panels and biomass. But, as Fernandez discusses, while we could all see how badly the Energiewende was going -- the Wall Street Journal called it the "world’s dumbest energy policy" years ago -- the war in Ukraine upped the ante considerably. Read his piece for the key details, but one point worth emphasizing is the tremendous economic bind German environmentalism has put the country in. While well-intentioned bleeding hearts the world over have been calling for a total embargo of Russian energy exports, the German government's economic advisors have been pointing out that such an action would lead to a significant contraction of the German economy. Reuters:

Germany would face a sharp recession if gas supplies from Russia are suddenly cut off, the country's leading economic institutes said on Wednesday, and the government said the war in Ukraine poses "substantial risks" for Europe's largest economy. A sudden stop in Russian energy supplies... would slow economic growth to 1.9 percent this year and result in a contraction of 2.2 percent in 2023, they said.... "If gas supplies were to be cut off, the German economy would undergo a sharp recession," said [the Kiel Institute's] Stefan Kooths.... The cumulative loss of gross domestic product (GDP) in 2022 and 2023 in the event of a such supply freeze would likely be around 220 billion euros ($238 billion), or more than 6.5% of annual economic output, the five institutes said. 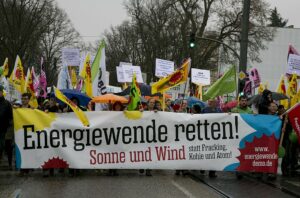 All you need is a little
Latvian blend."

In fact, it has been reported that for all of their anti-Russian rhetoric, energy starved European nations have been looking for ways to get around the sanctions imposed on Russia in the wake of the invasion. One popular loophole involves the blending of Russian petroleum products in foreign ports with those sourced from other countries. If less than 50 percent of a barrel comes from Russia, it can be sold under a different flag. "Latvian blend" oil has become the euphemism of choice for this product, as Ventspils, a port city Latvia, is where much of this mixing takes place.

There's a take-away from all of this for the United States, Canada, and any other free (or relatively free) nation blessed with natural resources. That is: if you want to control your own destiny, don't follow Germany down this road. It was laid out for them by anti-human, anti-civilization nihilists, and the cost has been astronomical. They exist in our nations too, and they have amassed considerable power. But if we care about our future, it is imperative that we give them the cold shoulder. We need to start putting our interests first, and not empowering "humanitarians" whose efforts inevitably benefit the bad actors of the world.

2 comments on “Germany: A Cautionary Tale”