Mission Statement for THE PIPELINE 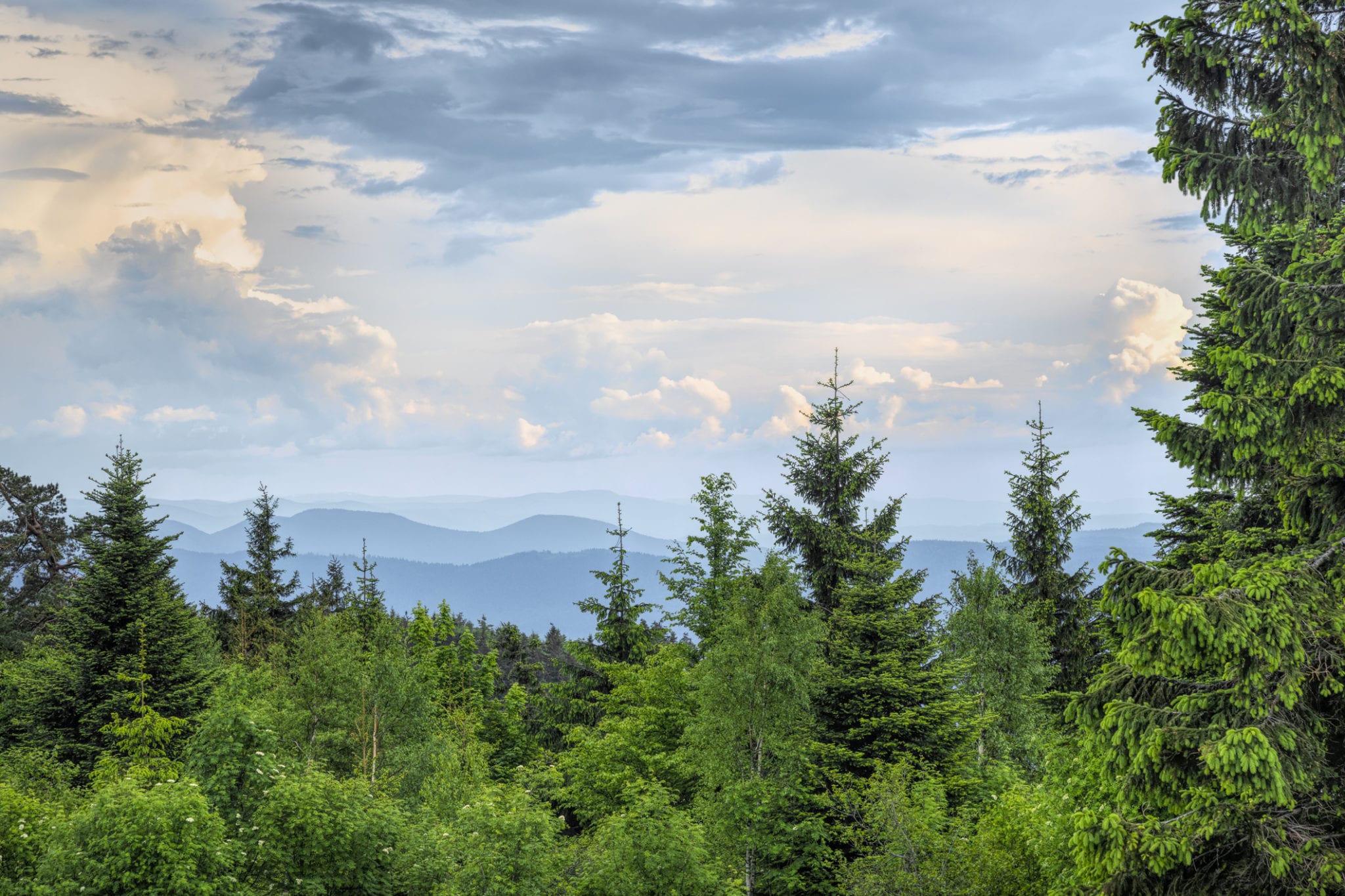 Three great social forces are now colliding in the politics of the English-speaking world: industrial and technical progress, a rising tide of environmental regulation, and democratic government. There is no reason in theory why these three forces should not work together in reasonable harmony. Indeed, that was what happened in practice until about thirty years ago. Economic progress gave rise both to social improvements and to greater wealth. Some portion of that wealth was spent on reducing pollution and protecting the environment. Democratic governments negotiated with industry and the environmental movement to obtain a sensible balance of regulation that would promote both a cleaner environment and continued improvements in people’s lives. Both those aims have been increasingly achieved. People all over the world live healthier, longer, and more prosperous lives with access to a range of physical, cultural, and environmental satisfactions unimaginable to our grandparents. These two aims go together in a more fundamental sense. Both improving people’s lives and reversing environmental damage depend upon technical and scientific progress and in particular upon the availability of cheap and reliable energy that powers it. It would be environmentally regressive to return to a recent world of smokestack pollution, acid rain, and wasteful energy usage; but it would be socially regressive to return to an older world of untreatable epidemics, rural backwardness, widespread malnutrition and regular famines.

Two important things have occurred in recent years to make that possible. First, environmentalism has mutated from a rational movement for prudent regulation that reconciles growth with ecology into an almost religious cult that believes all development is damaging to the environment. There are more moderate and sensible environmentalists still around, of course. Increasingly, however, extremist Greens call the shots to which politicians, governments, and activists respond.

Their leading figures predict at frequent intervals that unless their policies are adopted, the world will come to an end shortly. They are never embarrassed when the world continues and even registers improvements in environmental standards such as air quality and wider human well-being. To avert catastrophes that never arrive on schedule, they propose extreme measures on a range of matters: eradicating the use of fossil fuels on an accelerated schedule, phasing out nuclear energy production, switching to “renewable” energy sources before their reliability is established, prohibiting the building of dams that might disturb local species, and raising energy prices substantially to subsidize such changes.

In support of these prohibitions they oppose building and modernizing not only those industries that discover, develop and transport energy but also all the other industries that depend upon its regular supply. If all their proposed regulations were to be enacted, it’s no exaggeration to say that future industrial development would grind to a halt and existing industries would suffer a steady decline in efficiency and production. We would probably become poorer; we would certainly not enjoy the improvements in our standard of living that would otherwise be achieved—including the living standards of the poorest people in our country and around the world.

In short, yesterday’s practical environmentalism threatens to become a totalitarian system of Deep Green regulation—if we allow the zealots to impose it.

And that is where democratic governments come in. The second development of recent years is that governments have gradually ceased to be neutral arbiters between industry and Green activists in setting environmental regulations that would take account of all interests. They have joined Green activists in seeking to impose regulations that would block progress altogether in some industries with knock-on effects on industry as a whole.

Sometimes the advocacy of such policies, though we would oppose them, is honest enough. If a political party believes that we should live simpler lives requiring less energy with a resulting reduction in living standards, it’s entitled to argue that and, if it wins elections, to bring in policies with those consequences. That is perhaps what the Green parties are doing. Mostly, however, the strategy and tactics of the Greens and their political allies are much more underhanded and even invisible.

Government bureaucracies in charge of environmental policies are often staffed by officials whose previous positions were running Green organizations which, as with Greenpeace, have had a dodgy record with the law. Activist groups have used a combination of violent protests and “lawfare” to prevent the development of pipelines, coal mines, and oil-and-gas exploration that had already passed every official legal and environmental test. Senior ministers have colluded with these tactics both by giving them political encouragement and by making “sweetheart” legal deals that grant the activists their aims (and sometimes additional funding from the court settlements) and that violate the legal rights of the other parties. The heavy costs of the energy foregone and the less efficient production imposed are then loaded onto industrial and domestic consumers in the form of higher bills and less reliable service.  And, finally, governments and activists then blame rising prices and unreliable service not on the obstacles to efficiency they impose but on the pursuit of profit by the industries.

This could not go on forever. And as the great U.S. economist, Herb Stein, once remarked, "if something can’t go on forever, it will stop."

For a long time the contradictions of this approach were unnoticed or ignored. Just lately, however, they have become too obtrusive to be dismissed. Again, a few examples: the Australian Labor Party, having lost an election it expected to win because it lost a large number of seats in Queensland, has now abandoned its opposition to the opening of a coal mine in the province that it had previously maneuvered to block. The British Chancellor of the Exchequer has urged his Cabinet colleagues “to carry forward past “overperformance” in emissions reductions in order to allow a potential breach of pollution limits in coming years”—or, to put a somewhat different gloss on the conventional interpretation, to abandon carbon emissions reductions damaging to the U.K. economy on the grounds that it had already reached the target. The U.S. administration, several American states, and Australia are among the governments that have rejected a carbon tax which until recently was seen as the Green movement’s leading fiscal innovation for taxing energy and energy development.

All these are warning signs for the Greens advocating a highly regulated economy that the voters may not go along with their coercive ambitions. Green policies may be popular until the voters see their consequences. At the same time, the 2019  elections for the European Parliament gave a strong boost to Green parties. They became the second largest party in Germany, displacing the Social Democrats from their perch. That victory followed an effective propaganda campaign—to which conventional politicians like Chancellor Merkel contributed—that schoolchildren should be encouraged to leave school on Fridays in order to campaign for Green measures to combat a climate emergency.

As we wrote above: Three great social forces are now colliding in the politics of the English-speaking world: industrial and technical progress, a rising tide of environmental regulation, and democratic government. What the voters need, therefore, is timely information about these clashes. They don’t get an unbiased account of that from the media which show little interest in explaining not only what Green policies are (except to praise their idealism) but also who researches and writes them, who finances them, who organizes the protests for them, and who pays the legal fees for the lawfare that advances them.  And just as we know the interests that are behind the plans to dig mines, build pipelines, develop fracking, and construct power stations, so also do we need to know the interests behind stopping all these things—the Green foundations that invest fortunes in doing so, the “public interest” law firms hired to obstruct them, the activist groups that physically block developments, and the politicians who give them cover and covert assistance in exchange for campaign contributions and who knows what else.

That’s a pipeline in itself.

It is our objective here at THE PIPELINE to tell you what goes into that pipeline and what comes out the other end. Who writes the cheques, and to whom? What is the future they envision and why? What are they prepared to do -- at your expense -- in order to realize their regressive vision for humanity? In sum: cui bono?

Nothing more, nothing less.