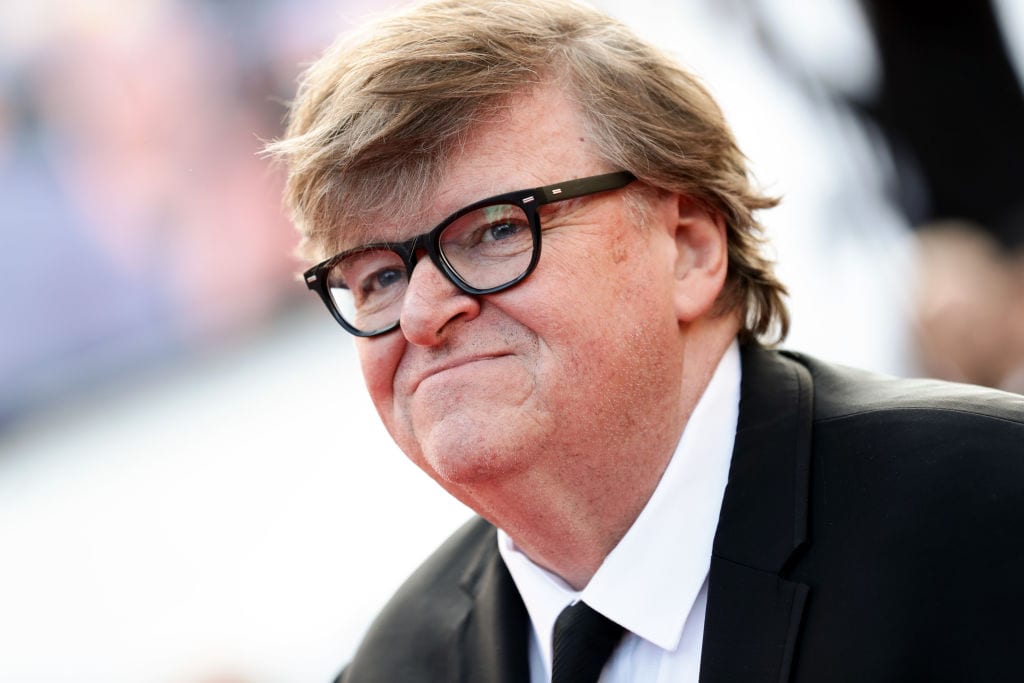 The enemy of my enemy is... well, in the case of Michael Moore, still my enemy. That's because of the destruction he's wrought on the mental processes of so many members of my generation with his Riefenstahl-esque documentaries which convinced them that they'd have been better off growing up in Castro's Cuba than in suburban New York. That said, Moore is a worthy foe. He's extremely sharp, and he doesn't go in for easy short term victories. He's playing the long game.

The most recent example is a documentary he's produced along with his longtime collaborator Jeff Gibbs, who serves as director and narrator. The film is called Planet of the Humans, and was released on YouTube earlier this week just in time for Earth Day. It is not, however, your typical Earth Day fare, alternately happy-clappy and weepy-waily. Planet of the Humans digs deep down into the supposed Green Energy Revolution which promises to liberate us from our present fossil fuel regime. What it definitively demonstrates, however, is that Green Energy is a fraud (and one which has made a lot of people very rich) -- and, worse, that the revolution is never going to come.

Gibbs begins by talking about his long standing tree-hugger bona fides. As a young man, he moved to the woods of Michigan and built a log cabin, which he wired for solar power. But as the years went by, and as he continued to learn about the ins and outs of the green energy industry, he became increasingly skeptical and cynical.

Early on in the documentary Gibbs shows us a solar power fair, which boasts that it's powered entirely by solar panels. A rock band is playing on stage under electric lights, everyone is having a good time, all is well. Until, that is, it begins to rain. Gibbs follows staff members working frantically backstage, and when he asks what they're doing they explain that they are hooking everything up to a biodiesel generator. When that doesn't produce enough juice, they simply plug in to the regular old local power grid.

That basic set-up starts to become pretty familiar. Gibbs attends a launch event for the Chevy Volt electric car, and gets the enthusiastic employees to explain that, well, yes, actually all of the electricity powering the cars and the plant comes from fossil fuels. He's invited to see the plant's solar panel farm, the size of a football field, only to learn that it gets roughly 8 percent efficiency and generates only enough energy to power about ten homes. He speaks to several green energy enthusiasts who admit that the intermittency of solar and wind requires renewables to be backed up with idling fossil fuel power plants, which (as Federal Energy Regulatory Commissioner Philip Moeller explains on camera) "maybe can be dialed down during the day, and dialed up when demand starts rising." When asked if this effects the efficiency of the plants, Moeller responds "Oh yeah, they don't like to be dialed up and down." Their hope is that we will one day be able to bridge that gap with batteries, but Gibbs points out that not only is that a still-remote possibility, but that the batteries themselves come from mined products and degrade in a very few years.

Gibbs also takes us to Lowell Mountain in Vermont, where land is being cleared for an enormous wind farm. He goes hiking with a group of concerned citizens who show him the devastated mountain. One local says:

I'm looking at the ground [here] and thinking 'this is not the legacy I want to leave to my kids.' When I was a kid, we'd go hiking in these woods, we'd be able to drink from the water down the hill here, and now you have to question that.

Aside from intermittent wind energy, what do they get from all of this? Three full-time jobs and about twenty years of use before those turbines need to be replaced. "Has anybody considered that this is mountaintop removal for wind instead of coal?" he asks. Which is to say, so-called renewable energy requires fossil fuels -- often used wastefully -- to exist. Ozzie Zehner, author of the book Green Illusions, sums up this theme of the documentary perfectly when he says

You use more fossil fuels to do this than you're getting a [green] benefit from it. You would've been better off [just] burning the fossil fuels in the first place instead of playing pretend.

In the background roll enthusiastic news clips and interviews featuring environmentalist heroes like Barack Obama, Al Gore, Michael Bloomberg, Jeremy Grantham, Elon Musk, Richard Branson, and Bill McKibben. Every one of them talks about "shovel ready" projects, jobs in all fifty states, "free energy forever," and the potential for prosperity for all -- while also saving the planet. At one point Arnold Schwarzenegger appears on screen introducing the world's largest solar energy plant, and says "There's some people that look out into the desert and see miles and miles of emptiness! I see miles and miles of a gold mine."

Surely these luminaries must know they're wildly overpromising at best, and at worst simply lying. Why do they do it? Gibbs answers that, for the most part, they're in it for the money and the power.

The only reason we've been force fed the story 'Climate change + Renewables = We're Saved' is because billionaires, bankers, and corporations profit from it.

Many environmentalist philanthropists -- including several of those mentioned above like Grantham and Branson -- invest heavily in supposed alternate energy sources like biofuel and biomass, the usage of which allows businesses and universities to claim that they are powered by "100 percent renewable energy." As Mike Schellenberger points out,

In reality, scientists have for over a decade raised the alarm about biomass and biofuels causing rain forest destruction around the world including Brazil and Malaysia, and have documented that when one takes into account their landscape impacts, the fuels produce significantly higher carbon emissions than oil and gas and may produce more than coal.

At the same time, they use the power of celebrity to lobby governments and shame politicians into enacting biofuel mandates and other regulations which just so happen to benefit their stock portfolio.

Gibbs also examines the potential financial incentives for perhaps the most influential environmentalist of the past 20 years, former vice president Al Gore. Gore was the co-founder of an investment firm called Generation Investment Management, which was an early promoter of biomass and biofuels. Gibbs wonders aloud whether Gore's Oscar-winning climate documentary An Inconvenient Truth was "just about climate change, or was it about something else?" That is, was it about promoting his investments.

If it was, it worked out for him. Those investments helped Gore launch CurrentTV, which he ended up selling for 100 million dollars to Al Jazeera, the state broadcaster of Qatar, a nation whose wealth is largely a product of fossil fuels. The documentary gives us several clips of Gore not even being slightly embarrassed by this hypocrisy. “You couldn’t find, for your business, a more sustainable [buyer]?” he's asked by Daily Show host Jon Stewart. “What is not sustainable about it?” Gore replies.

I mentioned at the outset that Michael Moore is playing a long game, and here's what I meant. Moore and Gibbs know that "green energy" is a boondoggle, and that soon enough it is going to fall apart. Planet of the Humans is their attempt to get out in front of inconvenient truth, so that environmentalism won't be entirely discredited when their fantasy world collapses. Though they will probably be raked over the coals by the usual suspects (one imagines that Alexandria Ocasio-Cortez isn't going to be happy about this documentary, which implicitly tears the heart out of the Green New Deal), Moore and Gibbs remain climate-change true believers. We are told over and over again in the course of this documentary that humans are destroying the planet. What sets them apart from other environmentalists is that they don't believe that there is a technological solution. "Is it possible for machines made from industrial civilization to save us from industrial civilization?" Gibbs asks.

No, their solution is rather darker. They believe that we need to massively diminish the amount of energy we are using, and that, while personal responsibility has a role in that, the very presence of humanity is the main obstacle to their goal. Planet of the Humans regurgitates discredited Malthusian and Ehrlichian ideas which hold that we are experiencing a population bomb and that ultimately the planet's major underlying problem is, quite simply, us.

That said, I found Planet of the Humans to be an extremely affecting and informative documentary. It isn't difficult to feel Gibbs' pain as he confronts the fact that green energy "wasn't what it seemed." And, very likely, the hard hitting nature of this documentary is going to cost Moore and Gibbs more than a few friends. I found myself feeling both appreciation for their honesty and apprehension for what their suggestions portend. At the same time, as I alluded to above, several of my high school classmates were corrupted by Moore's early 21st century documentaries, such as Bowling for Columbine and Fahrenheit 9/11. I shudder to think what Planet of the Humans -- with its pessimism about both green energy and human life itself -- will do to the next generation of environmentalists.

One comment on “Michael Moore Learns an Inconvenient Truth”