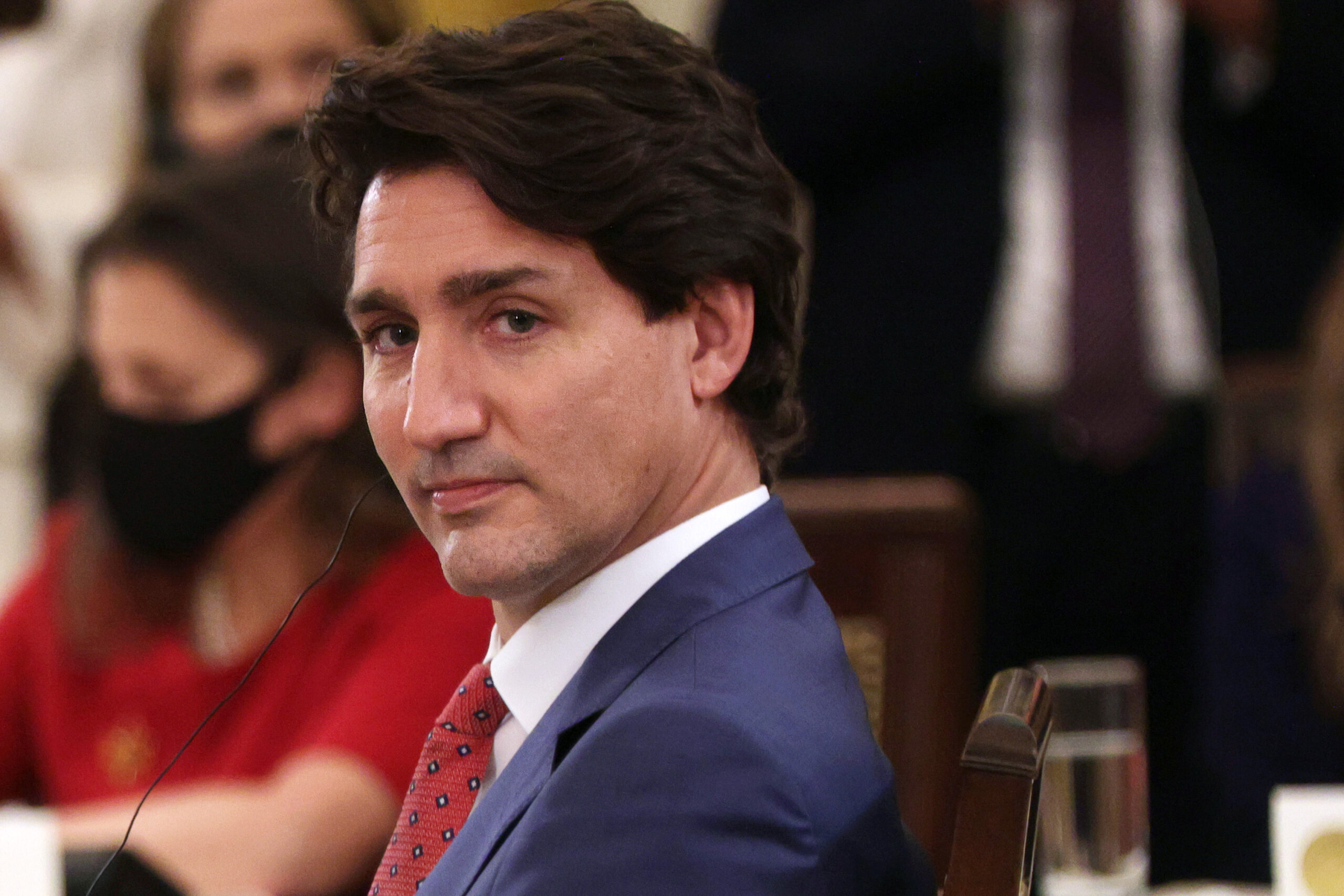 Hoser of the Year.

Canadian prime minister Justin Trudeau has decided to invoke the Emergencies Act to end the ongoing Freedom Convoy protests in Canada. He will submit the decision for the approval of parliament sometime this week. New Democrat leader Jagmeet Singh has already announced his party's intention to support the government, meaning that the prime minister will have the votes he needs.

"It is now clear that there are serious challenges to law enforcement's ability to effectively enforce the law," Trudeau told a news conference Monday afternoon. "It is no longer a lawful protest at a disagreement over government policy. It is now an illegal occupation. It's time for people to go home. This is about keeping Canadians safe, protecting people's jobs and restoring confidence in our institutions," he said.

The Emergencies Act is a successor to the War Measures Act, which was famously invoked only once during peacetime -- Pierre Trudeau, Justin's father, made use of it during the October Crisis of 1970, after FLQ terrorists kidnapped the deputy premier of Quebec and a British diplomat with the goal of achieving independence for Quebec. The Emergencies Act, like its predecessor, grants the prime minister authority to severely restrict civil liberties for a time in order to restore order and protect the national welfare, though it gives parliament somewhat greater oversight than the earlier legislation.

The Act also allows the central government to go after crowdfunding platforms, such as GiveSendGo, which has been collecting on behalf of the truckers. That site is currently down, perhaps as a result of hacking.

The fundraising website used to raise millions of dollars for a “Freedom Convoy” protest led by truckers against coronavirus restrictions in Canada is offline after reports of a possible hack that exposed donor information. On Monday, a screenshot of the GiveSendGo website featured an image from the Disney film “Frozen,” along with a ticker purporting to show the names, donation amounts and email addresses of people who helped support the cause. The image bore the words “GiveSendGo is now frozen,” along with a link describing raw donation data.

This act of pique, petulance, and impotent frustration is completely unnecessary. As Greg Taylor explains in Canada's National Post:

Section 3 of the Act defines a national emergency as “an urgent and critical situation of a temporary nature that … seriously endangers the lives, health or safety of Canadians and is of such proportions or nature as to exceed the capacity or authority of a province to deal with it.”

The protestors have been peaceful, and the blockaded bridges have already begun to clear with only a handful of arrests having taken place so far. Moreover, constitutionally, dealing with protestors is very much within the realm of provincial authority.

One thing that invoking the Emergencies Act does do, however, is create the potentiality for military involvement. Trudeau has said that he has no plans thus far to bring in the military. But the prime minister is desperate, and if marching the military into Ottawa to clear out the protestors will end this, he will absolutely do so and take what he likely thinks is a short term hit in his national standing to make the problem go away.

But another, more subtle but just as ominous, use of the Emergencies Act concerns the government's broad ability to regulate financial transactions. Global News reports on this announcement by Deputy Prime Minister Chrystia Freeland:

The government is issuing an order with immediate effect under the Emergencies Act authorizing Canadian financial institutions to temporarily cease providing financial services where the institution suspects that an account is being used to further the illegal blockades and occupations,” Freeland said. “This order covers both personal and corporate accounts.” She said the government is also now “directing Canadian financial institutions to review their relationships with anyone involved in the illegal blockades and report to the RCMP or CSIS.”

Federal institutions are also getting “new, broad authority” to share information on anyone suspected of involvement with the blockades with Canadian banks and financial institutions. “As of today, a bank or other financial service provider will be able to immediately freeze or suspend an account without a court order. In doing so, they will be protected against civil liability for actions taken in good faith,” Freeland said.

These are the types of powers governments have used since 9/11 to combat terrorism. It is unnerving to see them deployed against non-violent citizen protestors. The Canadian national anthem contains a prayer: "God keep our land, glorious and free." Such divine intervention might be warranted in the days to come.