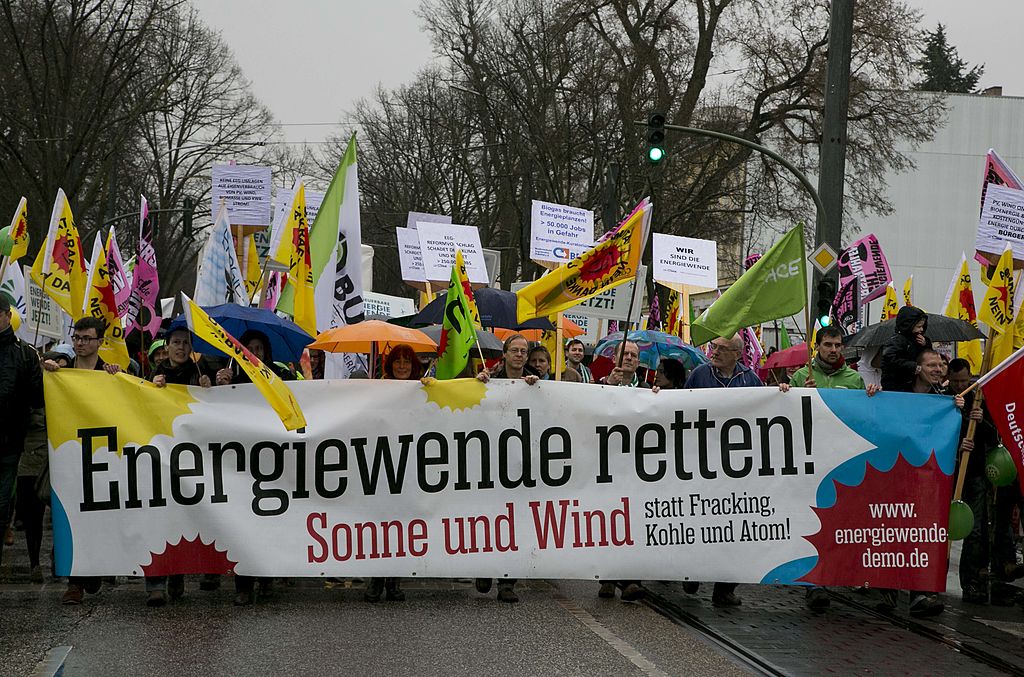 All you need is a little Latvian blend."

In 2019 Germany announced an ambitious "climate change" goal: by 2022, it would close its last nuclear power plant and by 2038, stop burning coal altogether. The Wall Street Journal called it at the time the "world’s dumbest energy policy," but the Germans said it was all part of the Energiewende (German for 'energy turnaround') the ongoing transition to a low carbon, environmentally sound, reliable, and affordable energy supply. Then an event occurred in 2022 which demonstrated how much Green energy was politics. Russia invaded Ukraine.

The repercussions of the invasion rippled like hydrostatic shock through the whole fabric of the European "climate change" agenda. At a stroke the war made natural gas from Moscow on which Germany was dependent politically toxic and killed sacred cows like the Nordstream 2 gas pipeline overnight. Chancellor Olaf Scholz, addressing Germany’s parliament, promised he would "create strategic energy reserves while shifting energy purchases away from Russia." Germany took steps to revive its nuclear power industry by extending the life-span of its remaining nuclear power plants. Even coal was back on the table for Europe, as politicians mooted keeping anything that could produce power going. "All options must be on the table," said the German Economic Affairs and Energy Minister. 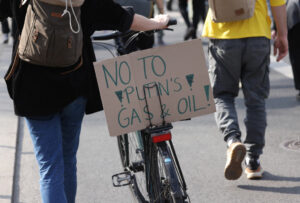 Biking may be your best bet, Germany.

But sheer habit and inertia die hard. From the start the Green agenda fought back. John Kerry warned the Russian invasion of Ukraine would worsen climate change. "The top White House climate official said a negative impact of a Russian invasion of Ukraine would be that it sidelines efforts to curb emissions worldwide." Despite the fact that fuel was a basic necessity and Europe's immediate problem was how to get energy from anywhere, such was the power of Green that U.N. Secretary General António Guterres specifically warned against quickly replacing Russian oil if it would "neglect or kneecap policies to cut fossil fuel use."

Trapped between Scylla and Charybdis, Europe's compromise strategy was to "diversify gas supplies to reduce reliance on Russia in the short term... but ultimately to boost renewables and energy efficiency as fast as technically possible."  In effect Europe would try to solve the energy shortage caused by its renewables policy without politically abandoning the climate change ideology.

The first step to walking this tightrope is European energy rationing. Although no specifics have been announced, proposals include include lowering speed limits and introducing car-free Sundays in large cities.  Rationing is being sold as both good for the planet and bad for Putin -- a win-win. "This point is about trying to bring down demand for fossil fuels — this is our true and effective weapon against Vladimir Putin,” a Cambridge University academic said.

But on the supply side there were few quick fixes to the problem of storing the output of wind and solar energy, even assuming that enough could be generated by these means. "The ability to cheaply generate, transport and store a clean replacement fuel like hydrogen to power trucks, cars and airplanes remains years away... [the] chief technology officer of the offshore wind unit at Siemens Gamesa, said that companies like his 'are now forced to do investments based on the prosperous future that we are all waiting for'."

A similar challenge faces the electric grid for it to universally replace the internal combustion engine. By dint of emergency efforts Europe hopes to have a hydrogen infrastructure in place by 2030 -- eight years from now -- a gargantuan task. Green requires a complete overhaul of how people live -- digitalization, smart grids and meters, flexibility markets, the electrification of transport, charging points -- the works. All of it is necessary to store wind and solar power and get it to the consumer. 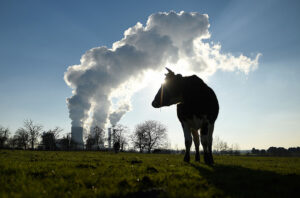 The triumph of hope over experience.

However exhilarating this transformative vision is, not every country is willing to put all its eggs into the Green basket. Britain and France, perhaps harboring secret doubts, plan to invest in small, new technology nuclear reactors. The normally left wing Guardian ran an op-ed proclaiming "we need to revive the U.K.’s nuclear industry." But even with a change of heart plants take time to build and in the short term Europe has no choice but to import fossil fuels from non-Russian sources, principally the U.S. and the Middle East if it is to avoid economic catastrophe.

From Angola to the U.S. gas is heading for Europe. "Toby Rice, who runs the U.S. largest natural gas producer EQT, told the BBC the U.S. could easily replace Russian supply... He estimated the U.S. has the potential to quadruple its gas output by 2030... U.S. Energy Secretary Jennifer Granholm urged the country's fuel industry to pump more oil. 'We are on a war footing. That means you producing more right now, where and if you can'." Energiewende may not be "world’s dumbest energy policy" but only because it can repudiate itself.

The nearly comic irony of progressives being in the "drill baby drill" situation is hardly ever pointed out, it being considered bad form to do so. But it may be useful to recall that Germany's delegation at the U.N. General Assembly once laughed during then-President Trump's speech when he suggested that Germany was becoming “totally dependent” upon Russian energy, as shown in this video from the Washington Post. With the benefit of hindsight there's no denying that mistakes were made regarding Russia's suitability as a Green energy partner. Even Mitt Romney pointed out the growing threat posed by Putin during his 2012 presidential campaign against Obama but he too was laughed to scorn. It's fair to say that nobody's laughing now.