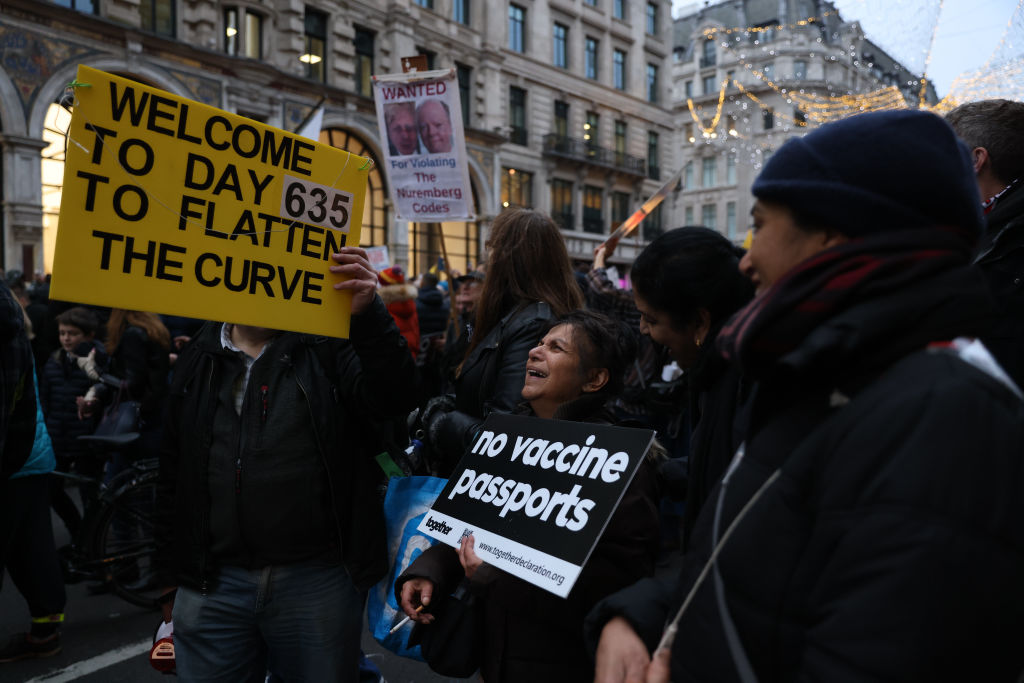 We are seeing the beginning of the end - or is it the end of the beginning? – of the CCP (the Climate Covid Party) "emergencies." For those who may have doubted these were linked, I give you the G20 summit. It seems the G have decided that Covid digital passports are to be required to move freely about the planet. For those who wondered what Bill Gates and Klaus Schwab were doing speaking this week to a meeting of national leadership: now we know.

Because the G20, with the exception of China, are at least putative democracies, an objective observer would assume this is the result of what the people wanted. One would be wrong. No one voted for or against this; it's never been presented for the approval of the representative governments, or citizens or subjects of the G20, or the people of any other nations.

We know these passports have nothing to do with the spread of this manufactured virus. Just last month BigPharma testified to the European Parliament that these injections were never tested for their ability to repress or stop the transmission of Covid-19. If an injection won't stop transmission, which has been the stance of the CDC for months, the purpose of getting a "vaccine" to travel, would be... what, exactly? 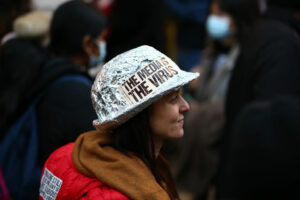 At the same time as G20 is COP27, the annual boondoggle of those so worried about the climate that they all take private jets from around the planet (spewing millions of tons of "greenhouse gasses" along the way) to consume vast quantities of exotic foods (flown in from around the planet) cooked (with GHG) and served to them as they meet in air-conditioned ballrooms to discuss how we, the workers and families of the world—the productive classes—are destroying the planet with our transportation, stoves, and HVAC.

As we've discussed here before, this virus was most likely man-made. No trace has been found of it or a progenitor in nature in well over two years of investigation or the testing of over 50,000 animal subjects. Once Dr. Fauci admitted the “possibility” of its creation in a lab and covering emails began showing up, that jig was up. The "vaccine" was created and patented ten days after the first sequence of the Covid genome. This simply is not possible unless both were concurrently designed and manufactured. And, yes, the "vaccine" was designed; it is not from an inactivated virus, as all other,genuine vaccines have been in medical history. It's an artificially-created DNA map.

Various studies based on governmental databases of adverse events show that these "vaccines" may have killed as many as 600,000 Americans, and perhaps, millions, worldwide. While these numbers may or may not be high, the numbers of adverse events are so high that many countries are recommending against vaccinating people under 30, and Big Pharma, belatedly, has decided to investigate whether their injections are causing myocarditis, a term in common use today of which few of us were aware in the Before Times.

Which brings us to Klaus Schwab. Herr Schwab, of course, leads his WEF creation, a cohort believing that the global population must be reduced to under one billion souls from the current eight-plus billion. “We just don’t need the vast majority of the population,” in the words of WEF Advisor/Historian Yuval Noah Harari, because most of us, evidently, are “useless eaters.” An invented virus that kills millions, an injection killing millions more and inducing infertility to reduce future populations are but two steps on the road to the goal of our elites, those running the Covid & Climate scams.

[The accuracy of the documentary linked above, which has been of course banned by YouTube, has been questioned by the usual suspects in academe, the medical establishment, and the media. A sample:

Members of the anti-vaccination movement and of its media arm excel at portraying themselves as “those who care.” The rest of us—scientists, doctors, politicians, journalists—are represented as either apathetic or simply evil. The latest “documentary” to emerge from this movement, Died Suddenly, is an exercise in reframing compassion. It also represents the apogee of conspiritualist ideas, where grand conspiracy theories surrounding vaccines are painted on a canvas so large, they involve a Biblical war between the forces of absolute good and those of pure evil.

Who are portrayed as ringing the alarm for Armageddon in Died Suddenly? Embalmers... The problem is that embalmers and funeral directors are not medical professionals. Don’t take it from me, but from the National Funeral Directors Association in the United States, whose representative told me as much, and from Ben Schmidt, a funeral director and embalmer with a bachelor’s degree in natural science. Schmidt wrote a detailed explanation of what is happening here. Clots can easily form after death, as the liquid and solid parts of blood separate and as formaldehyde and calcium-containing water used in the embalming process catalyze clotting. Refrigeration can also be to blame, especially when a rapid influx of bodies due to COVID necessitates longer stays in the cooler as embalmers make their way through their backlog.

[Watch it and decide for yourself.]

Another step down the road to perdition is digital "money." If I must have a digital passport to travel, why not just digitize my money as an added convenience? And since Schwab has told us we "all" will be chipped one day, coding "our" money and vaccine passport into an injected chip that automatically access “our” “money” at the Fed (banks will be useless and so closed; think of the taxing advantages!) and provides our "vaccination" status to a digital reader, perhaps even as we just walk past a sensor entering a store or airport or transit station, would be convenient, no? Hello, Bill Gates.

President Biden has decreed via executive order, without presentation to representative government or to the citizens of the United States (perhaps it is now "subjects") for our approval, that the Federal Reserve explore the creation of a “Central Bank Digital Currency,” “CBDC,” or digital “dollar,” and MIT is working it out.

President Biden will sign an Executive Order outlining the first ever, whole-of-government approach to addressing the risks and harnessing the potential benefits of digital assets and their underlying technology. The Order lays out a national policy for digital assets across six key priorities: consumer and investor protection; financial stability; illicit finance; U.S. leadership in the global financial system and economic competitiveness; financial inclusion; and responsible innovation. Specifically, the Executive Order calls for measures to:

Which now brings the climate scam into the discussion. What has digital money to do with climate? Lots.

If I've consumed my "climate allotment" of gasoline this month I could be prevented from using “my” digital “money,” to fill my tank. You didn't think a "climate lockdown" would be voluntary, did you? The jet set wouldn't trust us to stay home, even after so many millions of us voluntarily did so for "two weeks to flatten the curve," wore one mask or two, and agitated against, and sometimes attacked, our fellow human beings for not going along with the crowd.

So you were on your way to Yellowstone and now neither can continue nor return home with the kids? Sorry! Buy a steak for supper tonight? But you had one two weeks ago! Your commute uses so much gasoline you'll need to move to an apartment near a mass transit station in the inner city? It's for the common good. You run a feedlot and can't buy feed for your hundreds of heads of cattle? Oh, well. You need to restock your ammunition? LOL.

They're coming for us, too. Once we all are chipped and our travel and spending controlled, the “emergencies” will be over. None of this has ever been about a virus or the weather. It's always been about destroying the middle class, our representative governments, and the liberty have convinced ourselves we have. We don't.

"Papers, please!" to travel our world, and needing the government's permission to spend our own money—the fruits of our own labor—are but the end of the beginning of global totalitarianism. These are why we are, and why you should be, Against the Great Reset.

6 comments on “Your Papers Please, Comrade”