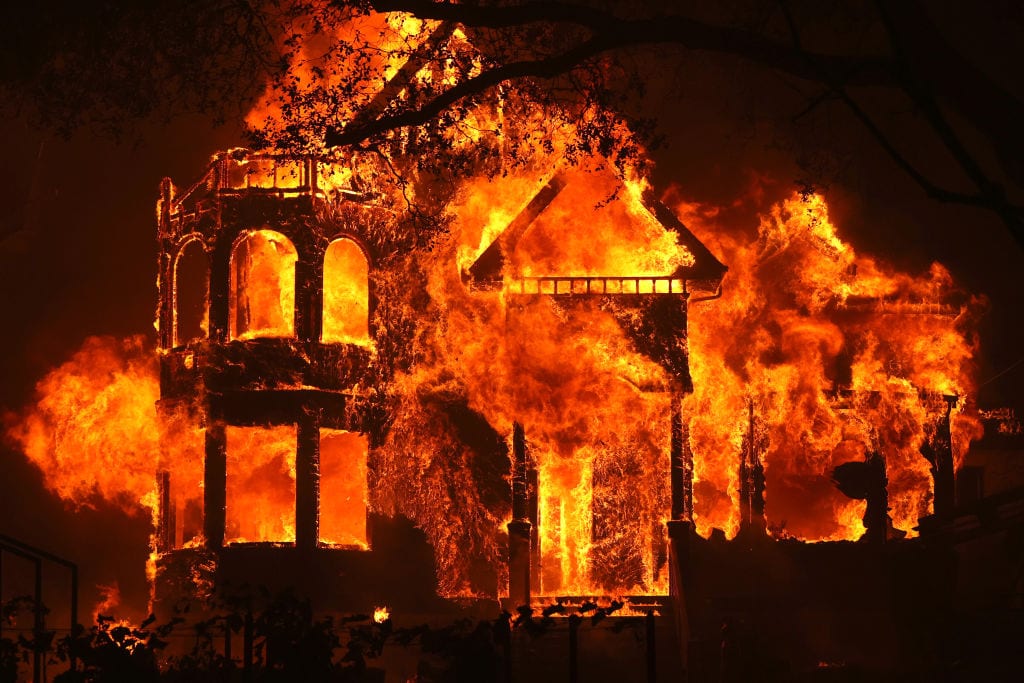 The epicenter of all things destructive, California is a tragicomedy of the highest – or lowest – order. If you are looking for something, anything, destroying America today, California is the pot at the end of your rainbow, filled today with brass, not the gold.

Although California is re-creating the car market of Cuba with the recent diktat of no more gasoline cars sold after 2035, thereby ensuring used cars stay on the road decades past when they otherwise would have been exchanged for cars of greater efficiency and less pollution, the state's forest management is way ahead of its automobiles in producing a negative impact on the climate – assuming one subscribes to current dogma, as California most assuredly pretends.

Since about 1969, my brother and I have spent a week each summer backpacking in the California Sierra Nevada mountains. Though we try to spend as much time above timberline as possible for the views, time is spent in the forest, as well, appreciating these great trees for their beauty, their shade on a hot trail, their strength in holding up one’s hammock at night. I’ve also car-camped many times through the Sierras with my own family. If one were to design a forest management system worse for the environment and climate, as well as the wildlife and visitors on foot or car, one could not design a system worse than that of California. Though this is a topic of annual summer discussion and critique, what are the numbers this year, in 2020? 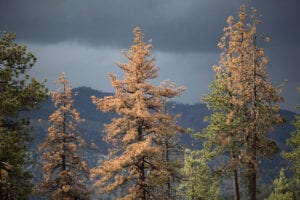 The dead and the dying.

About 150 million dead trees are standing, leaning or lying on the ground in the forests of the Sierra. My experience shows that these trees are between 40-70 feet tall and usually between 10 and 16 inches in diameter: we can use 12 inches and 50 feet as an average. The average tree in the California forests now aflame weighs about 2,000 pounds, or about 900 kilograms. Burning a kilogram of wood will generate between 1.65 and 1.8 kg of CO2. Using an average of 1.7 kg, 150 million burned trees will have generated 230 billion kg, or 230 million metric tons of CO2. In an average year, California emits 359 million metric tons of CO2. Faulty forest management in 2020 could increase by 64 percent the amount of CO2 emitted by California.

When a mega-fire caused by a century of bad forest management burns through, it doesn’t burn only the dead trees. If one of every ten trees burned was dead to start, that 230 million metric tons becomes 2.3 billion and an increase of 640 percent in total California CO2 emissions. Governor Newsom may always have Paris, but the Paris climate accords aren't going to fix a six-fold increase in CO2.

Why does California reject the same forest management practices of other states? One big reason stems from the spotted owl controversy of decades ago and the subsequent California infestation of far-left environmentalists and California regulations and budget priorities limiting the ability to harvest trees or remove deadwood, “for the sake of the environment and animal habitat.”

The same California adding its wind farms has resulted in the annual deaths by slicing and dicing in windmills situated in their flight paths, of millions of migratory birds, as well as the birds of prey that feed on them. This is because birds are smart enough to use the wind to aid their migration, but climate alarmists demand their use of the wind is more important than those tens of millions of birds that have been using the wind for tens of thousands of years. Evidently, the Spotted Owl habitat must be preserved so we can chop them up later. So much for concerns about the original inhabitants of the land…

We can’t manage the forests because of its wildlife and we can’t let wildlife stand in the way of wind farms. Wildlife loses both ways thanks to California’s “environmentalists.” As a California native, camper and backpacker, I find this loathsome. 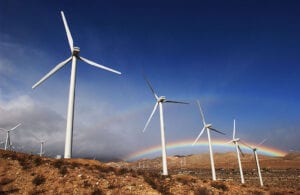 But it is not just CO2 and forests burning down and wildlife burning up or being sliced into pieces by 200 mph windmill blade tips. Wood is more expensive because it’s out there burning down and not at the lumber yard ready to build a home. Add the close-the-door-behind-me housing regulations in California and the cost of home ownership is prohibitive for a new family.

But that’s OK, because the left hates families anyway and finds children worse than useless so they don’t have any. Children have to be educated, yet California ranks 37th out of 50 in education, which seems odd when you think of the California tech titans and the size of the California economy; the only possible reason is that Democrat single-party governance of California just doesn’t care.

(For more on how California committed suicide, please see the first chapter of Michael Anton's new book, The Stakes: America at the Point of No Return.)

Remember: Democrats have owned education for over 50 years; if they wanted better education, we would have better education. Research also shows that kids turn out better when Mom stays home with them when they are young (what family in California can get by on the earnings of only one adult?) And we have too many people anyway. Besides, families want a house, not an apartment (the left hates the suburbs), and then they need water, electricity, and they'll probably want to heat and cool their homes and cook their meals, all of which require an amount of energy bird-Cuisinarts can’t provide.

California is the home to two large university systems, the University of California, and the California State University. What is being taught? Socialism: Anti-capitalism. How is a clean environment created? Wealth. How is wealth created? Capitalism. How is wealth destroyed? Socialism. “Ecocide” (the killing of the ecology)  is the term that had to be invented when we got a look into the ecological catastrophe created by the socialist paradise of the USSR after it destroyed itself via… communism. 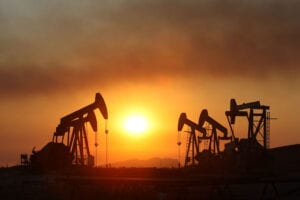 California’s rejection of oil drilling -- the industry that helped makes its fortune -- is widely known. Rarely discussed is that by refusing to drill under the strong environmental strictures enforced in a wealthy first-world country, oil drilling is forced into third world countries with little or no environmental restrictions. Results: Dead people and a dirtier environment.

And then there’s Big Tech, using its breadth of contact and ability to censor – often without the knowledge of the audiences – to ensure the magnification of propaganda supporting socialism and denigrating capitalism. Result: A dirtier environment.

The server farms of these massive tech companies (Google, FaceBook, etc.) consume enormous quantities of electricity as they proselytize against energy use.

According to the SMART 2020 report, server farms create carbon footprints that grow more than 7% per year, making them one of the greatest challenges faced by the proponents of green IT. Data centers need numerous auxiliary systems, including storage devices, power supplies, and cooling systems. In 2010, over 10% of electricity in the U.S. was due to computer and IT equipment usage. At the current rate we're going, analysts and experts figure that 10% of the world's power bill will be spent on running computers.

To give a more concrete example of how much energy this is, Dixon shows that one 50,000 square feet data center uses about 5 megawatts, but continuously. This energy output would satisfy the needs of 5000 homes. In another staggering example, assorted US data centers use a collective 7000 megawatt data centers from seven different plants; this is more power than is used by the State of Mississippi. Even more surprising is that this astronomical power consumption is just by the plants themselves - cooling systems use as much energy as the plants.

Maybe Big Tech want us to heat, cool, transport and feed ourselves with windmills because they want all the base load electricity?

To summarize, California voters continue to perpetuate in office those whose climate and environmental polices are destroying millions of acres of forest, emitting into the atmosphere billions of tons of CO2 , chopping millions of migratory birds into pieces and burning millions of mammals unable to run from the fires these officials refuse to act to prevent, sending oil drilling to places that lack the wealth to control it, educating children that the economic system that everywhere and every time destroys standards of living, learning, wealth and the environment, somehow is superior to a system that generates the wealth required to improve these standards, while BigTech is using enormous quantities of non-green base-load electricity to manipulate the information and voters to continue this mess all in the name of…

… saving the environment for future generations the left refuses to have.

And that takes a lot of brass.