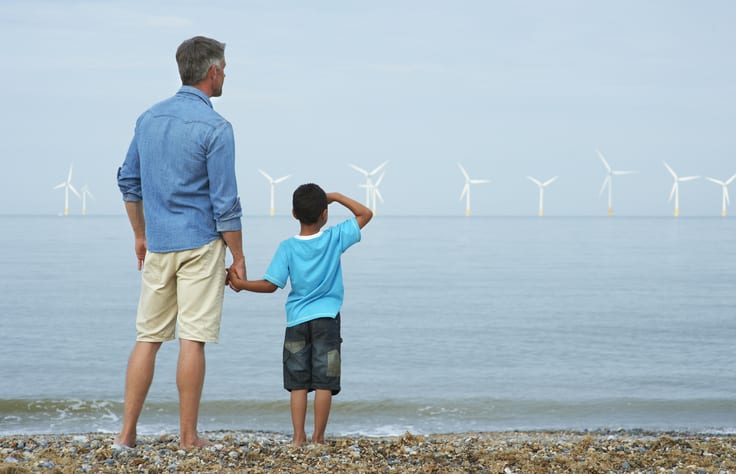 Are they turning, Dad?

From the Wall Street Journal:

Natural gas and electricity markets were already surging in Europe when a fresh catalyst emerged: The wind in the stormy North Sea stopped blowing. The sudden slowdown in wind-driven electricity production off the coast of the U.K. in recent weeks whipsawed through regional energy markets. Gas and coal-fired electricity plants were called in to make up the shortfall from wind. Natural-gas prices, already boosted by the pandemic recovery and a lack of fuel in storage caverns and tanks, hit all-time highs. Thermal coal, long shunned for its carbon emissions, has emerged from a long price slump as utilities are forced to turn on backup power sources.

The episode underscored the precarious state the region’s energy markets face heading into the long European winter. The electricity price shock was most acute in the U.K., which has leaned on wind farms to eradicate net carbon emissions by 2050. Prices for carbon credits, which electricity producers need to burn fossil fuels, are at records, too... At their peak, U.K. electricity prices had more than doubled in September and were almost seven times as high as at the same point in 2020. Power markets also jumped in France, the Netherlands and Germany.

So the transition to so-called renewable energy has really been raking European energy markets over the coals. Literally, in fact, as coal-fired power plants are having to increase production to meet energy demands. And it's making Russia into a one nation OPEC, the only country in the region with an excess of natural gas which will happily export it.... for some significant diplomatic concessions.

Quite the bind the E.U. finds itself in. Perhaps they might consider changing course, accepting that shutting down their natural gas and nuclear power plants, not to mention banning fracking, is a mistake?

Record high power prices in European Union countries show the bloc must wean itself off fossil fuels and speed up the transition to green energy, the EU's top climate change official said on Tuesday.

That official -- first vice-president of the European Commission Frans Timmermans, who has appeared in these pages before, always singing the same one-note tune -- argues that, in fact, it is because they haven't transitioned quickly enough that things are so bad! "Had we had the Green Deal five years earlier, we would not be in this position because then we would have less dependence on fossil fuels and on natural gas," he said.

Never mind that the transition itself helped create the shortage by causing a shortage of the fuels that, for the foreseeable future, the continent continues to run on. That, and the fact that the wind doesn't always blow and the sun sometimes fails to shine.