Liz Makes Britons an Offer They Can't Afford or Refuse 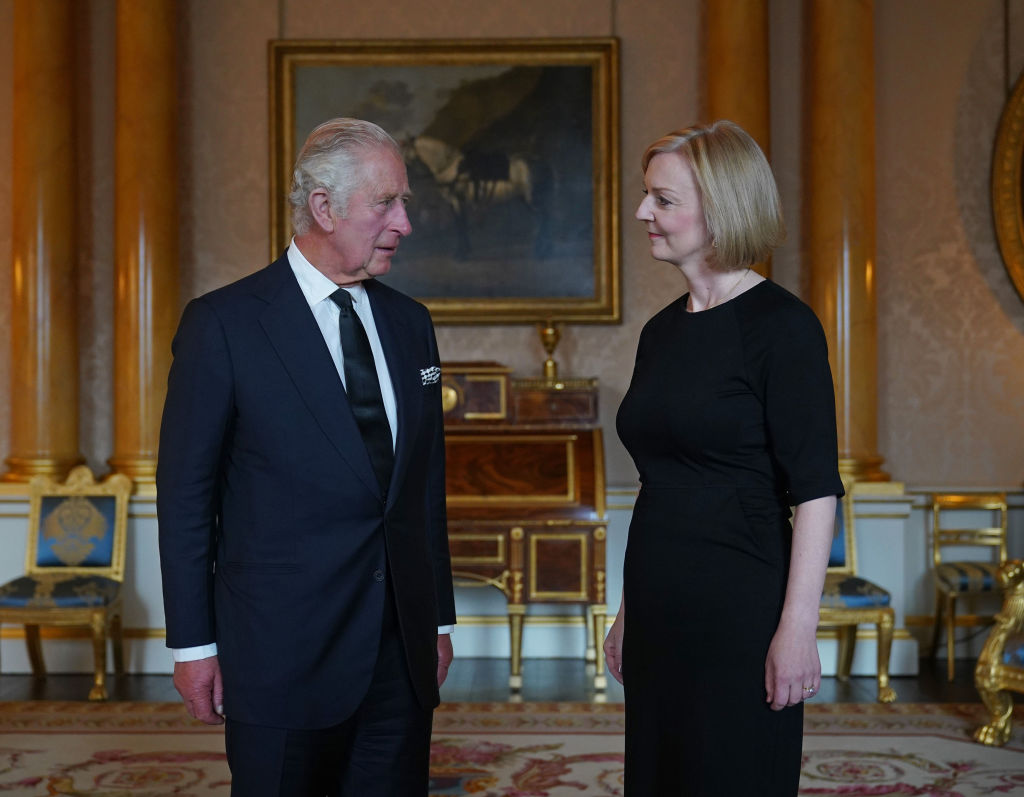 Well, Your Majesty, now what do we do?

The U.K.'s new prime minister, Liz Truss, finds herself in an unenviable position. Britain -- along with the rest of Europe -- is facing out-of-control energy prices with winter fast approaching. Her predecessor, Boris Johnson, by unreservedly embraced his wife's net-zero enthusiasms, left the country's domestic energy industry in a parlous and perilous state. And the Labour Party has risen in the polls in part by proposing a massive windfall tax on what they suggest are the "excess profits" energy companies are pulling in due to the rise in oil and gas prices that have followed Russia's invasion of Ukraine, and using it to fund a "price freeze" on British energy bills.

Hoping to stall Labour's rise, the Johnson government enacted its own (smaller) windfall tax, but Truss has announced her intention to scrap it immediately, arguing that it amounts to a punishment for firms that invest in Britain. Instead she has proposed a plan which might be even more radical -- a "price freeze" funded by all British tax payers. Starting October 1st, British households will pay no more than £2,500 per annum for the next two years.

(Labour's plan, it is worth noting, would also have been largely funded by the taxpayer, because their windfall tax wouldn't have come close to paying for their pricing plan. But it sounds better to say that greedy oil companies are footing the bill.)

Of course, in reality there is no such thing as a "price freeze." What the plan actually amounts to is the government paying the bills that aren't covered by that £2,500 per household. Which is estimated to amount to a lot of money. How much exactly is unclear -- we don't yet know how real energy rates will go this winter or how cold it will get. Though, as Kate Andrews says at The Spectator, "a less generous package... was estimated earlier this week to be approaching £200 billion." It would be surprising to see this proposal cost less than that. Andrews points out one of the great dangers of this plan -- that it makes winter blackouts more likely:

We have a global shortage of energy – an ugly reality that domestic governments can do nothing about overnight. Truss’s decision to lift the fracking moratorium signals that the government wants to increase domestic energy production, but the policy change is unlikely to produce any quick or meaningful uptick in supply as local areas – which get the final say on whether fracking goes ahead – remain deeply opposed. So, we all need to use less energy this winter.... But by covering so much of the cost, Truss’s government has removed a lot of the incentive to cut back energy usage. Indeed, some people will probably increase their energy usage as bills will be so heavily subsidised by the state.

Economics 101 tells us that price increases are, in essence, a response to scarcity. By picking up consumers energy bills beyond a fixed point, said consumers are shielded from the reality of scarcity and consequently have no reason to consume less. This is especially true, Andrews argues, for wealthy Brits, whose bills will be capped at the same semi-arbitrary amount as the poor, despite their being better able to afford higher rates while also having bigger houses to heat and power. Instead of turning down the heat, they and their countrymen are just as likely to turn it up.

Truss's counter to these objections would no doubt be that there are really no good options, which is often the case in a crisis. Her hope is that keeping energy prices lower at the point of consumption will help get inflation under control, off-setting a new round of massive debt accumulation (and so soon after Covid lockdowns necessitated record borrowing of its own), while giving her other pro-energy, pro-free market policies a chance to beef up domestic production and turn the economy around. And, hopefully for her, just in time for the next general election, to be held no later than January, 2025.

Maybe it will work. But it's a hell of an expensive bet.