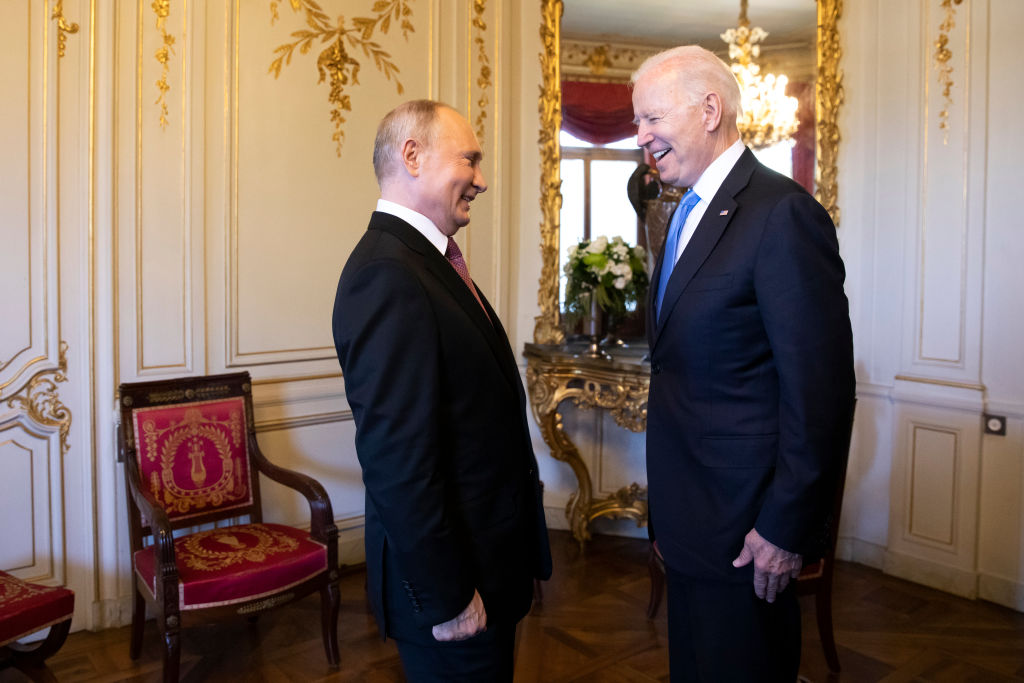 You know, the thing.

Over at Newsweek Josh Hammer has a good piece on the Biden Administration's capitulation on Putin's Nord Stream 2 pipeline which, among other things, highlights the American Left's Russian schizophrenia.

We all remember the Obama years which brought us the Hillary Clinton "Russia Reset'" button; then- President Obama's famous debate smack down of Mitt Romney for his pugnacious attitude towards Moscow, "The 1980s are now calling to ask for their foreign policy back;" and Barack's assuring Dmitry Medvedev that he would have “more flexibility” in dealing with his country once the election was over. Things were all candy and flowers.

Then came the 2016 election, which saw Trump, like every U.S. president going back to Reagan, indicating a preference for improving relations between the two powers. The Left lost its collective mind in response, to the point that watching Rachel Maddow's nightly show got to be like hanging out with Joe McCarthy while he was on a bender, only a lot less fun.

Hammer does a good job of illustrating how little their accusations actually matched the facts on the ground:

The irony is that Trump, on the actual substantive merits, toed a very hawkish line on the Russian Federation. He shored up missile defense in Central and Eastern Europe, which the Obama administration had undermined.... He repeatedly stood strongly with America's ex-Iron Curtain allies, delivering a powerful, Reagan-esque 2017 foreign policy speech in Warsaw that was aimed squarely at Moscow. He unilaterally withdrew the U.S. from certain bilateral and multilateral accords... that buttressed Russia due to the simple fact that it did not comply and America did. Trump also adamantly opposed and issued strong sanctions to try to prevent the construction of the Nord Stream 2 pipeline."

That was because Nord Stream 2 would, as I wrote in May, increase Germany's addiction to Russian energy (since their own electricity rates have skyrocketed due to their foolish Energiewende program), replenish the Kremlin's coffers that had been hurt by several years of low energy prices as well as Covid, and alienate our Eastern European allies who are understandably anxious about Russian domination.

Hammer calls Biden's decision to greenlight the project "a stunning about-face." After all, the president never shied away from the Dems' constant assertion that when Trump said "America First" he really meant "Moscow First." Biden frequently calls Putin a "KGB thug," and claims to have once looked him in the face and said "I don't think you have a soul." And on Nord Stream 2 specifically, the Biden administration frequently reiterated that their position is essentially that of the last administration, right up until the day before it changed completely.

So who does this benefit? Putin, obviously, as well as the Merkel government, whose energy failures can be papered over with Russian oil and gas. And who loses out? Aside from America's allies in the region, the biggest losers are America's natural gas exporters, who are effectively locked out of a key European market.

So tell me again, which president actually puts Moscow first?

One comment on “Unlike Trump, Biden Puts Moscow First”