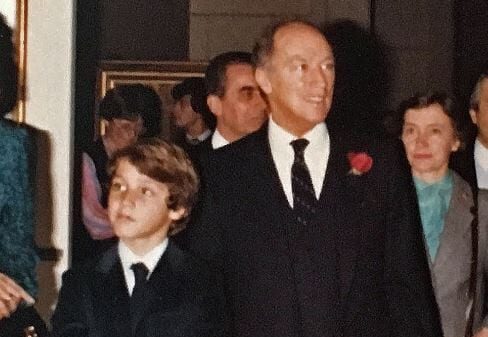 Chip off the old block (Wikicommons)

For all the pearl clutching about Boris Johnson, Viktor Orbán, or even Michigan governor Gretchen Whitmer (whatever one thinks of their actions) using this pandemic to introduce irreversible authoritarianism into their respective polities, among western political leaders it is likely Justin Trudeau who has done the most to exploit the present crisis to implement his preferred policies.

He has played it perfectly. As Canadians were watching frantic news reports about the apparently-impending collapse of New York City's hospitals and worrying that Toronto and Montreal were next, Trudeau was doubling his country's carbon tax. As they were processing the biggest one month increase in unemployment in decades, he was releasing an oil and gas aid package (for a sector that makes up roughly 10% of Canada's economy) which was clearly ordered toward ending that industry. And most recently, as Canadians continue to shelter in place and congratulate themselves on their general superiority to their American cousins, as evidenced by their lower COVID-19 death-rate (a questionable metric, since subtracting de Blasio's New York leaves the two nations on similar footing), Trudeau has introduced a program for helping Canadian businesses through this time which specifically requires any company that participates to slash their carbon emissions.

In a news release titled "Prime Minister announces additional support for businesses to help save Canadian jobs," the Trudeau government outline a new four-point plan that is aimed to help businesses through the pandemic. This will be done mainly through the new Large Employer Emergency Financing Facility (LEEFF) "to provide bridge financing to Canada’s largest employers, whose needs during the pandemic are not being met through conventional financing, in order to keep their operations going."

John Ivison argued last week that the unveiling of LEEFF "should have been a moment of consensus, a rare instant of accord," but that Trudeau's Liberals had to go and ruin it because they "couldn’t resist the chance to indulge their relentless wooing of left-of-centre voters." This is true enough, but it undersells Trudeau's ambitions.

Trudeau and his advisors have not forgotten that they lost their majority in the election this past Fall, and only stayed in power because the incompetence of the Conservative Party (specifically its failure to capitalize on Trudeau's SNC-Lavalin and blackface scandals, and leader Andrew Scheer's ambiguous relationship with social conservatism, which alienated social liberals and conservative alike) kept them from making inroads in Ontario and Quebec. Even so, the Liberals only govern at the pleasure of the opposition parties, and while they are enjoying sky high approval ratings at the moment, largely due to the rally-round-the-flag effect related to the pandemic, they know that that can't last.

This scenario echoes, to a certain extent, the situation in which Pierre Trudeau, architect of modern Canada and Justin's father, found himself in the late 1970s and early 1980s. By 1979 the elder Trudeau had been Prime Minister for 11 years, and the nation was tired of him. More than anyone else, he embodied Canada's conscious rejection of its past after the Second World War, but his years in power saw unemployment rise, the value of the Canadian dollar fall, and the Treasury strained by what Conrad Black called in his monumental history of Canada, Rise to Greatness, "Trudeau's giveaways to buy votes, especially in Quebec."

Regular Canadians were hurting, and that came to be more important to them than the suave, sophisticated figure Trudeau presented on the world stage. Joe Clark, the youthful (he was 39) and relatively inexperienced Tory Leader, hammered him on pocketbook issues in the election that year and came away with a minority government. That inexperience, however, came back to haunt the Tories a few months later when they introduced their first budget, which hiked taxes significantly in the hopes of cutting the deficit (including the introduction of an 18-cent per gallon gasoline tax -- the more things change, the more they stay the same).

Trudeau had already announced his intention to retire as Liberal leader, but he couldn't resist the opportunity to rally opposition to Clark's budget behind the scenes. As Black put it, "Trudeau smelled the blood of his enemies." Clark, meanwhile, took its passage for granted, not insisting that an MP who was overseas return to Ottawa for the vote, or postponing it (as a more skilled parliamentarian would have done) when opposition began to build. Finally, on December 13th, the budget came up for a vote, and Clark lost 139-133. His government fell less than a year after it had come into power (in the Westminster system, budget votes function as de facto confidence votes), and Trudeau -- who quickly rescinded his resignation --won a resounding victory in the election in early 1980.

Trudeau knew that this was his last bite at the apple of power and he was resolved to make it count. He pushed through major structural changes in the way Canada operated, including the introduction of the National Energy Program (NEP), which mandated that Canada's western provinces sell its oil and natural gas to the rest of the country at below market rates. Of course shortly after the NEP passed the price of oil fell worldwide from its post-Iranian Revolution highs, and consequently that program is estimated to have cost Alberta alone between $50 and $100 billion. It was repealed by the Mulroney government in the latter half of the decade, but it set back the finances of the oil producing provinces and inspired western discontent which has lasted to this day.

Even more significantly, Trudeau finally attained a goal he'd been working towards throughout much of his time as prime minister with the passage of the Constitution Act of 1982, which, among other things, introduced a bill of rights, known as the Charter of Rights and Freedoms. The Charter effectively superseded the extant Constitution. It centralized political authority in Ottawa and massively increased the authority of judges. It was fairly explicitly written as a liberal answer to the U.S. constitution, adopting certain aspects of the American document while leaving little room for interpretations which might benefit conservatives. One Canadian friend of mine likes to say that the Charter is the method by which Pierre Trudeau "continues to govern us from beyond the grave."

The complementary stories of Trudeau père et fils illustrates the danger of conservatives snatching defeat from the jaws of victory. Pierre Trudeau was blessed to have Clark as an opponent, and the same can be said for Justin with Scheer (the scope of whose poor political instincts became even more apparent after the election). Clark's ill-conceived budget, and his mismanagement of it in the House of Commons, was an own goal which ended in an unearned return to power for the Liberals and an opportunity for Pierre to transform Canadian politics forever. His son aspires to build a similar legacy, and he is currently seizing upon the windfall of the pandemic to bring that about. While not all of his bold moves have been successful, nor have they been entirely limited to the environment, the biggest feather in his cap would be the managed decline of the oil and gas industry.

Lets hope that the Conservative Party can get its act together quickly, because otherwise history is going to repeat itself.