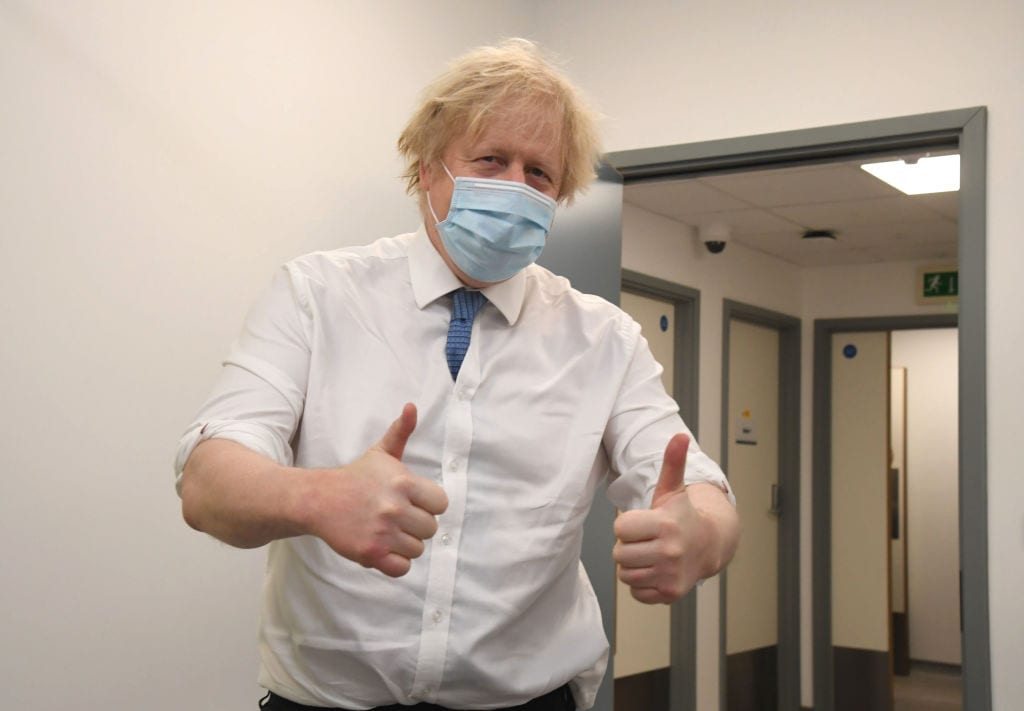 Boris Johnson, who has dominated British politics since the middle of 2019, is now facing a possible ejection from office and the end of his political career for the sin of attending parties at Number Ten Downing Street during the period that his government was enforcing anti-Covid regulations that forbade ordinary citizens from attending not only parties but also funerals, marriages, and the bedsides of dying family members. This scandal, inevitably named party-gate, has aroused extraordinary public anger against Johnson because it crystallizes the widespread public feeling after two years of Covid lockdowns that “there’s one law for Them [i.e., the political class] and another law for Us."

That’s an especially damaging charge against him because until recently Boris was seen by a large slice of the British public, especially blue-collar Tories and Brexit supporters, as their defender against a remote and corrupt establishment. Not to mention that the charge comes at a time when Boris is losing popularity more generally because several groups in the broad conservative coalition oppose his other policies.

I dealt with his plight which is a serious one—and how he might succeed in keeping his job—in a recent article in National Review Online:

The odd truth is that although he helped to put together an election-winning coalition, he is now alienating all the major Tory factions one after another by his various policies: Thatcherites by his reckless over spending and abandonment of tax cuts; patriotic Tories by failing to counter the deracinated ideas of Wokeness conquering so many British institutions; younger and less affluent Tories by not tackling the unavailability of affordable housing effectively; small savers and investors by allowing inflation to revive; cautious pragmatic Tories by “big government” projects on an almost Napoleonic scale such as Net-Zero; even Brexiteers by the long-drawn-out negotiations over the Northern Ireland protocol; and much else. (My emphasis).

That’s a formidable list of disasters, but the one that will spring out at The Pipeline readers is the reference to Net-Zero and more broadly to Boris’s passionate embrace of a radical, expensive, and life-altering program of left-wing environmentalism and global redistribution. He was the impresario of the COP26 U.N. conference at Glasgow that was meant to entrench Net-Zero as a legally-binding international obligation on the West. It failed in that, but he probably hopes to revive that campaign as soon as he can. Should global “lukewarmers” (i.e., those who think, like The Pipeline, that the costs of climate alarmist policies are heavier than the costs of climate change) want therefore to see Boris brought down over party-gate on the grounds that Net-Zero would perish with him? 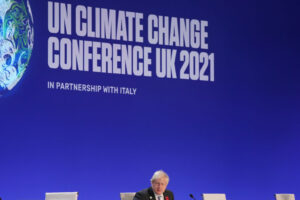 Shrinking in stature by the day.

That’s a serious question because the fall of Boris would be a major international sensation and some of the commentary on it would cite Net-Zero as a contributory factor in his demise. Having made two recent visits to London, however, I would argue the opposite case on four grounds: 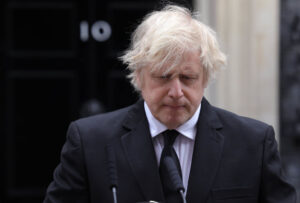 Fun while it lasted.

To sum up, a world in which the Government is urging voters to travel by bus, cut down on foreign vacations, eat less meat, and accept colder homes in the winter while ministers and CEOs travel by official cars and private planes to pleasant climates where they discuss the sacrifices that must be made to realize Net-Zero looks awfully like a world in which “there’s one law for Them and another law for Us.” Boris is acutely vulnerable to—and so most anxious to avoid—that suspicion at present.

My conclusion therefore is that climate realists should not be too keen on seeing Boris ousted any time soon. The argument is moving in our direction and Boris is losing the authority and perhaps the desire to halt or reverse that.