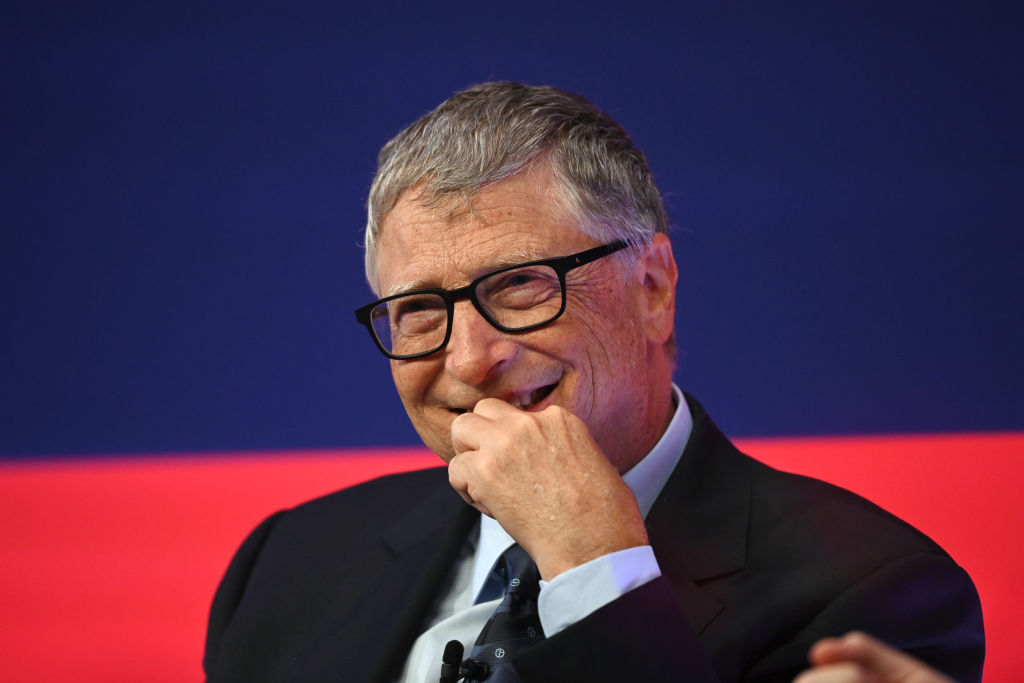 As noted yesterday, Bill Gates is particularly dangerous as a vaccine pusher. It is pretty well common knowledge by this time—or should be—that the vaccines are “leaky,” that the vaccinated are no less prone to viral infection and transmission than the unvaccinated, causing a virtual war between shedders and skeptics, and that an indefinite number of booster shots will be deemed necessary to fight the proliferation of novel variants, or viral mutations. There seems to be no end in sight of these variants, which now include Alpha, Beta, Gamma, Delta, Kappa, Lambda and Mu. Even the variants are spawning variants. Delta variant AY.4.2. has just appeared on the scene, 10 percent more infectious than its parent. Indeed, there are now 56 Delta offspring, one short of the Heinz number. Variants are coming thick and fast, outstripping the effort to keep up with them—in effect, making the pandemic permanent. Could that be the plan?

To put it bluntly, we are experiencing not a pandemic but a vandemic. Reputable virologists, like Nobel laureate Luc Montagnier and mRNA inventor Robert Malone, have argued that the vaccines may be responsible for the variants owing to a process called Antibody Dependent Enhancement (ADE). The virus is clever; it recognizes the vaccine and mutates its way around it, thus causing viral replication. Yet Gates continues to laud the potency of the vaccines and to grubstake their production.

“One way the Bill and Melinda Gates Foundation secures its conducive policy environment,” the Navdanya report continues, “is through its direct influence over international research institutions.” The Foundation “stands as… a product of recent, precarity-inducing history, and will only serve to continue to corrode life in the future.” Gates and his private business partners, the report concludes, create worse problems than the one they purport to solve, “while simultaneously working to concentrate ever more power into corporate hands [via] million-dollar grants to private corporations and private market interests.” Patent lock-ins may also be an issue. 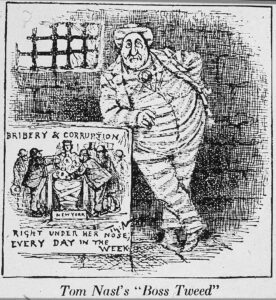 Meet the new boss, same as the old Boss.

Gates is now, Forbes writes, “pouring money into synthetic biology,” a megatrend which “involves reconfiguring the DNA of an organism to create something entirely new.” Interfering with the human genome is by no means a fail-proof program, as the profusion of adverse reactions to the vaccines attests.

The International Journal of Vaccine Theory, Practice, and Research warns that “manipulation of the code of life could lead to completely unanticipated negative effects, potentially long term or even permanent, [and potentially] transgenerational.” This is tempting fate. Some people feel that the laws of nature should not be tampered with, forgetting that most medical cures do in fact tamper with nature. But changing the genetic structure of the human being is changing the human being into something else, a kind of bioengineered hybrid. It is doing God’s work, so to speak. And hubris always seems to come with too high a price, which the Greek tragedians called nemesis.

Of course, conducted in the proper sphere, there are benefits to synthetic biology as well, particularly in agricultural production that can improve and prolong the lives of millions of people, an outcome that clearly works against Gates’ project of reducing world population. Contradictions abound.

Gates’ latest venture involves partnering with the U.K. in a £400 million investment package to boost the development of Green technologies, cementing the deal with Boris Johnson at a Global Investment Summit at London’s Science Museum. Henry Deedes at The Daily Mail was not impressed. Johnson told his audience, he writes, “how much money they could make out of alternative energy. Wind power, for example, was a ‘licence to print money’.” Even if, Johnson joked, we have to sacrifice a goat to the wind god, success—and profit—are assured. Much festivity all around.

This new investment scheme is foreshadowed in Gates’ recent book How To Avoid A Climate Disaster, chock full of fantasy-laden initiatives and elysian imaginings. Gates admits that his “background is in software, not climate science,” and it shows. He champions climate modelling—as Michael Crichton observes in State of Fear, a very dodgy way of charting and predicting future climate events, most likely to be wrong. A cascade of constantly revised simulations does not inspire confidence. Gates believes in the validity of the U.N.’s discredited IPCC prognostications, and assumes that Green will provide “massive amounts of reliable, affordable electricity for offices, factories and call centers.”

Call centers? Seriously? The book reads like a piece of stargazing divination and one wonders what Gates is really up to here. Does he really believe in his fantasia? Has he been seduced by his own rhetoric? Is he trapped in a state of cognitive dissonance? Or does he have other, clandestine intentions? Is he involved, as many fear, in the most significant extension of corporate and political power in historical memory? In his speeches and books, Gates sounds too good to be true—literally. 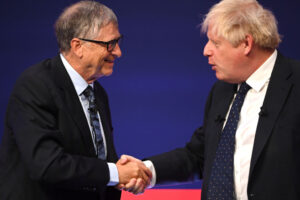 Peter and Ginger Breggin arrive at the same conclusion. In their encyclopedic COVID-19 and the Global Predators, they present a summary of Gates’ ambitions, which reads like “a list of the essential elements of totalitarian globalism.” Gates’ investment in the pandemic, as they show in prodigious detail, “probably goes into the multibillions… Gates does not give money away to the people… He is making a market of them.” In fact, Gates was wargaming the pandemic in January 2017, announcing in “a series of filmed talks surrounding Klaus Schwab’s World Economic Forum” that he was “funding and implementing plans… to rush through vaccines for an anticipated pandemic.” Something is going on here, obviously.

Personally, I do not trust Bill Gates any further than I could throw Klaus Schwab. The goal of systematically reducing human population, even if well-intentioned, comes with disturbing historical baggage, a fact of which Gates should be aware. I cannot peer into his soul and say without any doubt what his drives, impulses, designs and objectives may actually be. But I do not trust anyone who promotes a vaccine that is really a gene-therapy drug developed without adequate safety trials, whose benefits are unknown and which may indeed be harmful, as the International Journal of Vaccine Theory, Practice, and Research fears, “prim[ing] the immune system toward development of both auto-inflammatory and autoimmune disease.”

I do not trust environmental zealots. I do not trust a member of the Davos set, plutocrats who fly into that elite Alpine village on emission-belching private jets under the pretext of saving the world from carbon in the name of those who fly economy class—if they are permitted to fly. Can anyone who owns two Gulfstream G650s and promotes “jet zero” be taken at face value?

Bill Gates is an inordinate meddler with a Prometheus complex. His pixilated and imperial view of the world can lead to nothing good. Trust him at your peril.