Biden Resumes Drilling Leases, but With a Catch 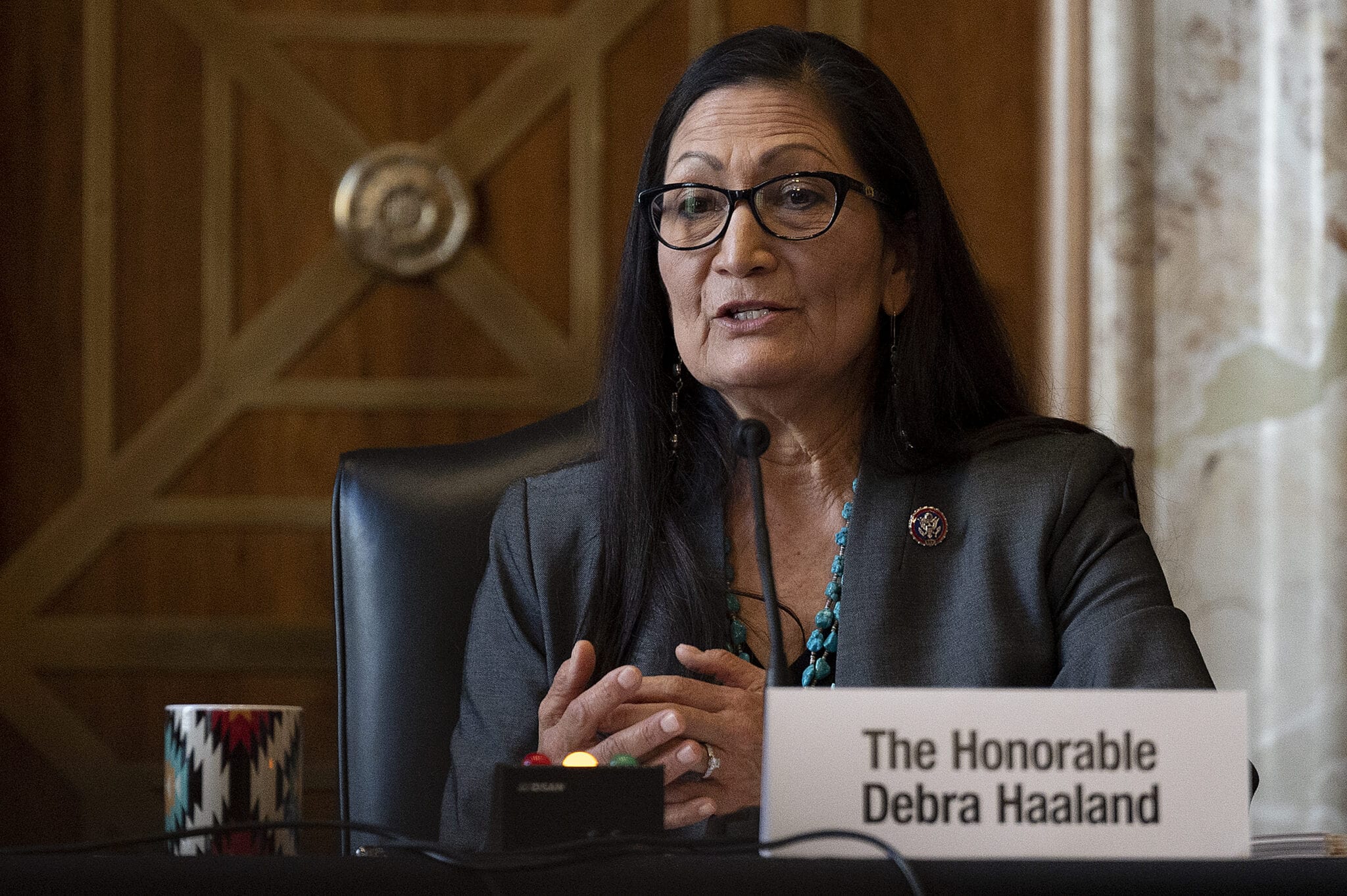 Would you buy a lease from her?

Sixteen months into Joe Biden's term in office, with soaring energy prices due to demand exceeding supply, inflation eating away at state and family budgets alike, and very much against its will, the White House has decided to change course and start selling oil and gas leases again.

The Biden administration announced Friday that it would resume selling new oil and gas leases on federal lands.... The announcement comes as Republicans pressure President Joe Biden to expand U.S. crude production and rein in higher gasoline prices contributing to record inflation.... Leases for 225 square miles (580 square kilometers) of federal lands primarily in the West will be offered for sale in a notice to be posted on Monday, officials said.

There's a catch, of course.

The Interior Department on Friday said it's moving forward with the first onshore sales of public oil and natural gas drilling leases under President Joe Biden, but will sharply increase royalty rates for companies as federal officials weigh efforts to fight climate change against pressure to bring down high gasoline prices.

The royalty rate for new leases will increase to 18.75% from 12.5%. That's a 50% jump and marks the first increase to royalties for the federal government since they were imposed in the 1920s. Biden suspended new leasing just a week after taking office in January 2021. A federal judge in Louisiana ordered the sales to resume, saying Interior officials had offered no "rational explanation" for canceling them.

The announcement came on Good Friday, with Biden safely hidden away at Camp David for his Easter vacation, and therefore unavailable to answer questions, so was delivered by Interior Secretary (and devoted environmentalist) Deb Haaland, who had to sugarcoat the news for her fellow Green New Dealers, sprinkling into her speech standard lefty nonsense:

For too long, the federal oil and gas leasing programs have prioritized the wants of extractive industries above local communities, the natural environment, the impact on our air and water, the needs of tribal nations, and, moreover, other uses of our shared public lands.

She neglected to mention the fact that Native groups have begged for an exemption to the original leasing ban, which they felt violated their autonomy, and were eventually granted one. Unfortunately the "local communities" who lost out on their lease revenues weren't so lucky.

Those communities will, however, benefit from the reported 50 percent hike on royalties for the new leases. Of course, this will likely have the effect of limiting the number of potential buyers. Moreover, the amount of land being offered for leases is substantially lower than that requested by the resource sector.

It didn't get as much publicity as the Keystone XL cancellation, but Joe Biden's executive order putting a moratorium on the sale of oil and gas leases on federal land was a very big deal. As we wrote at the time,

[Twenty-two] percent of American oil production and 12 percent of natural gas extraction occurs on federal land. Those numbers go up precipitously when you look at some of our western states -- according to the American Petroleum Institute, federal land production accounts for well over 92 percent of Wyoming's production, half of New Mexico’s, 42 percent of Colorado's, and 63 percent of Utah's.

Along with the likelihood of serious supply issues resulting from this order, we were also concerned about the financial angle -- according to Shawn Regan, “revenues from energy development on federal land... are a major source of federal income, second only to tax revenue.” As that revenue is split between the federal government and the states, this move was a direct attack on the budgets of western, resource heavy states who stood to lose as much as $1.6 billion per year on average.