Who's Afraid of the Big Bad Covid? 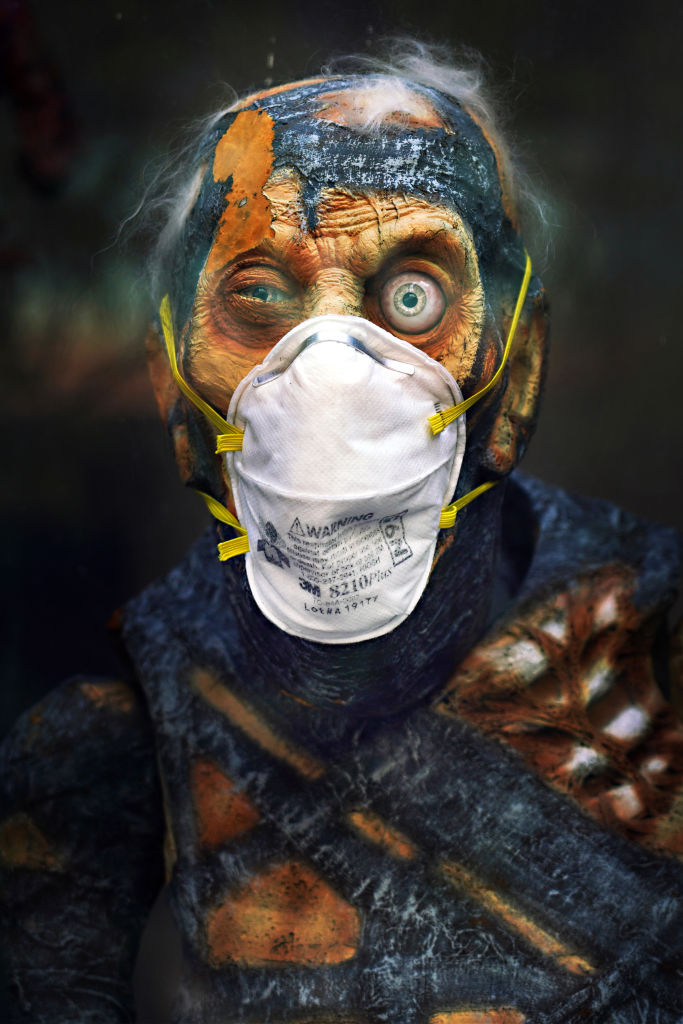 We're all going to die!

It seems odd that the more research and information we have on Covid-19 and its treatments, the worse the story gets.

For the first time in history, the reaction to a virus is to shut down an entire polity and economy – workers, businesses, groceries, transportation, entertainment – regardless of infection. It seems that the more advanced a society is, the more primitive its responses to disease. Why?

Still-living generations of men and women who stood-up to tyrants in WW2 suddenly cower in their closets, allowing government to destroy the world they had sacrificed so much to save.

Their children, the infamous Baby Boomers, ‘Cry “OMG!” and loose the dogs of quarantine.’

THEIR children, raised with more freedom and prosperity than any generation in the history of the known universe, wet their beds and fink on their neighbors if Johnny is out without a mask.

The government statistics on lethality are here. Basically, if you are under 80 years of age and are not morbidly obese, this is not going to kill you.

Every study looking at the issue has arrived at the conclusion that natural immunity is both stronger and more long-lasting than artificial immunity that comes from the muzzle of a syringe. Natural immunity is achieved by having one’s body infected and the infection successfully fought-off.

Get it: Get over it: Immunity.

But … the media and government tell you: We can’t get over it! We’ll all DIE!

For reasons both unknown and uninvestigated both our government and its media scribes are working together to suppress information about, and prohibit usage of, proven treatments; the “get over it” part of the problem.

Get it: Get over it: Immunity…. does not seem to be a goal of the ruling class…

In Florida, Governor Ron DeSantis has been pushing monoclonal antibodies as treatment, with tthese results:

(The government is restricting the distribution of monoclonal antibodies.)

As many have noted, ivermectin, a Nobel-prize-winning antiviral and a drug on the WHO list of critical drugs, kills 99.98 percent of the viral load in 48 hours (and here). HCQ has similar results.

(The government and BigPharma are restricting the distribution of ivermectin and HCQ.)

(If I were a betting man, my money would be on government prohibiting distribution, usage & dissemination of information on NONS once it's proven useful.)

All of these are drugs and treatments long in use, which kill the virus in the infected. Infection: antibodies: immunity.

Many people – about half the country – are enthralled by mRNA vaccines. At the same time, the CDC is looking at a “higher than expected” rate of myocarditis among recipients of mRNA vaccines. The five-year mortality of those diagnosed with myocarditis is 72.4 percent. Three quarters of those so diagnosed will likely die within five years. 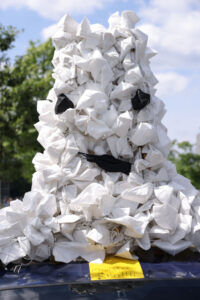 The face-mask monster, sighted in Berlin.

This peer-reviewed report on Myocarditis is astounding and should be read in its entirety, but a few quotes are in order here. [references in the linked paper]:

The US Centers for Disease Control and Prevention (CDC) finds increased reported cases of myocarditis and pericarditis following mRNA COVID-19 vaccination, most notably in adolescents and young adults, including in the absence of COVID-19 infection. Myocarditis was only rarely found post-vaccination prior to the COVID mRNA vaccines.

However, it has recently been determined that the delivery of spike proteins and / or their generating mechanisms, as with all known injected substances, do indeed diffuse and travel in an organism, away from the site of injection, in accordance with well-established principles of circulation, throughout the body, including to internal organs.  Organs that have been affected by this body-wide distribution have included the heart, brain, spleen and liver, with especially high concentrations found in the ovaries and the plasma.…

It has been observed also that mRNA interventions are fragile and unpredictable in their effect, and have been seen to damage mitochondria by a number of known mechanisms. Of patients hospitalized for COVID-19, myocarditis-pattern injury was observed in 4.5% to 27% of cases. Moreover, in the event of SARS-CoV-2 infection, it was found that the associated cytotoxic and pro-apoptotic effects were sufficient to abolish cardiomyocyte beating (contraction-relaxation cycles). However, direct virus replication was not found on examination of the myocardium, and SARS-CoV-2 RNA was not found in the cardiomyocytes.  Therefore, it is worthwhile to examine if post-vaccine myocarditis is likely to be caused by spike proteins generated by the vaccines.

The spike proteins that are generated by the mRNA COVID vaccines are said to be identical to those attached to SARS-CoV-2. The spike protein in SARS-CoV-2 is a trimeric, or three-part protein, composed of two functional S1 subunits, as well as a structural S2 subunit.  Each of those three units are, incidentally, bound and inactivated by the drug ivermectin.

In sum, the mRNA vaccines – unexpectedly – create spike proteins throughout the body – for how long no one knows.  These spike proteins kill heart cells that do not regenerate. Kill enough and you will die: 72% mortality within five years. (Unanswered question: What do these circulating spike proteins do in fetal hearts only building their cells for the first time?) And FDA-approved drug treatments that stop the above lethal processes are prohibited by the government and Big Pharma.

By forcing non-vaccinating (they don't prevent infection or spread) mRNA "vaccines," probably forever, when we know, at best, they reduce symptoms but do not create herd immunity (and here), and that may cause myocarditis, when we do have drugs and treatments that kill the virus in the infected - who then will develop long-term (and herd) immunity, we are being forced to prolong the virus and prohibited from ending its threat.