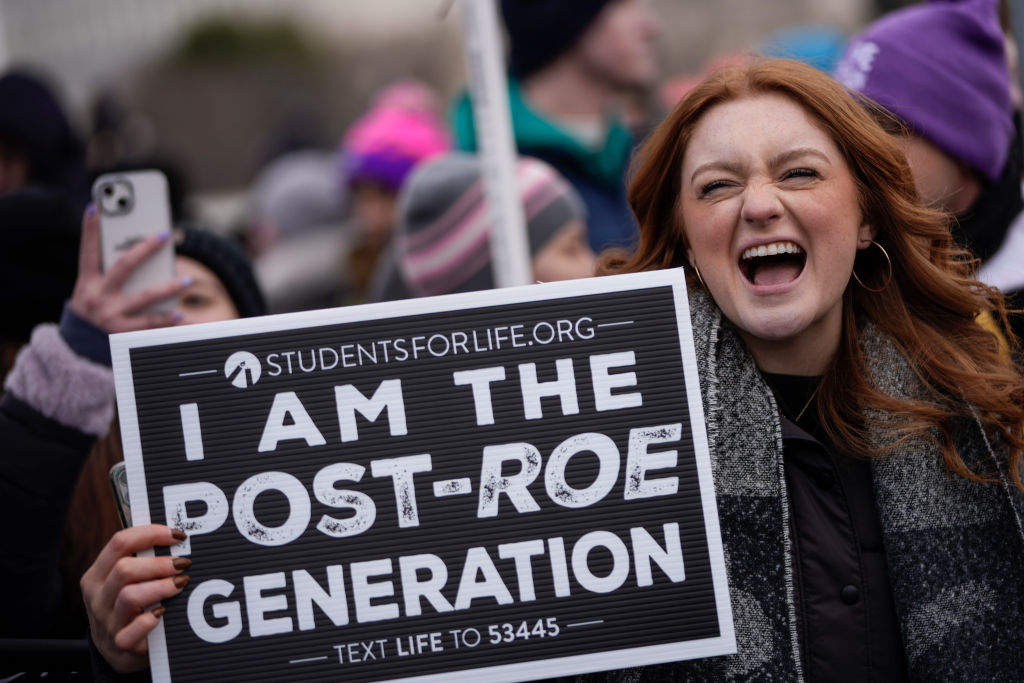 Yesterday was the 48th annual March for Life in Washington, D.C. It might be the last, at least on a national level.

The reason we as a nation are dealing with the tidal wave of "social justice" cases in federal court system is Roe v. Wade. By inventing "penumbras, formed by emanations" from a Constitutional "right to privacy" (that no longer exists in any other aspect of the lives of Americans), the Supreme Court essentially applied the 1964 Civil Right Act to women; since Roe, women have voted in the majority for Democrats. This may be, perhaps already is, fatal to America working as designed -- which very explicitly excluded women from political power.

The capture of the women's vote post-Roe has driven Democrats ever-farther-left. Democrat leadership knows that Roe means that no matter how left-lunatic they get, they never will lose the votes of single women or of the men who take advantage of their consequence-free sexual availability. By enshrining Roe, the court ensured reduced fertility, diminished family formation, increased reliance on government services, and increased centralization of power by the federal government. In so doing, Roe reduced liberty for all of us.

This is not an argument for or against abortion. Abortion is not the issue. As federal judges are noting across the land, the Constitution does not grant to the federal government the authority to jab citizens. Nor does it give the feds the authority to opine on anything not among the enumerated powers found in Article 1, Section 8 of the constitution. The fundamental problem with Roe is not just the holding, flawed as that was. It is that abortion is not within the constitutional authority of the federal government at all. 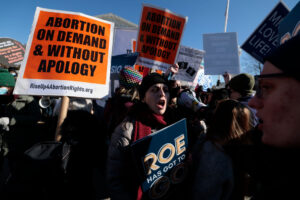 Neither is it within the purview of the Supreme Court, whose original constitutional authority was severely limited. By doing so they enshrined empathy as a Constitutional Right. They lacked then, and lack now, any authority to do so. By accepting rather than ignoring Roe (their duty under the Constitution), governors further reduced their states to vassals of Washington, D.C., with personal empathy toward liberal social causes now enshrined as a "right."

That is the issue. That is the only issue. If any hope remains of reining in what has become the unaccountable branch of government, it is that Thomas' view will drive the court's decision and return the issue to the states, where it belongs. Which, all by itself, will be an enormous step back to Constitutional government, the rule of law and sanity.