THE COLUMN: To Save America, Repeal the 17th Amendment 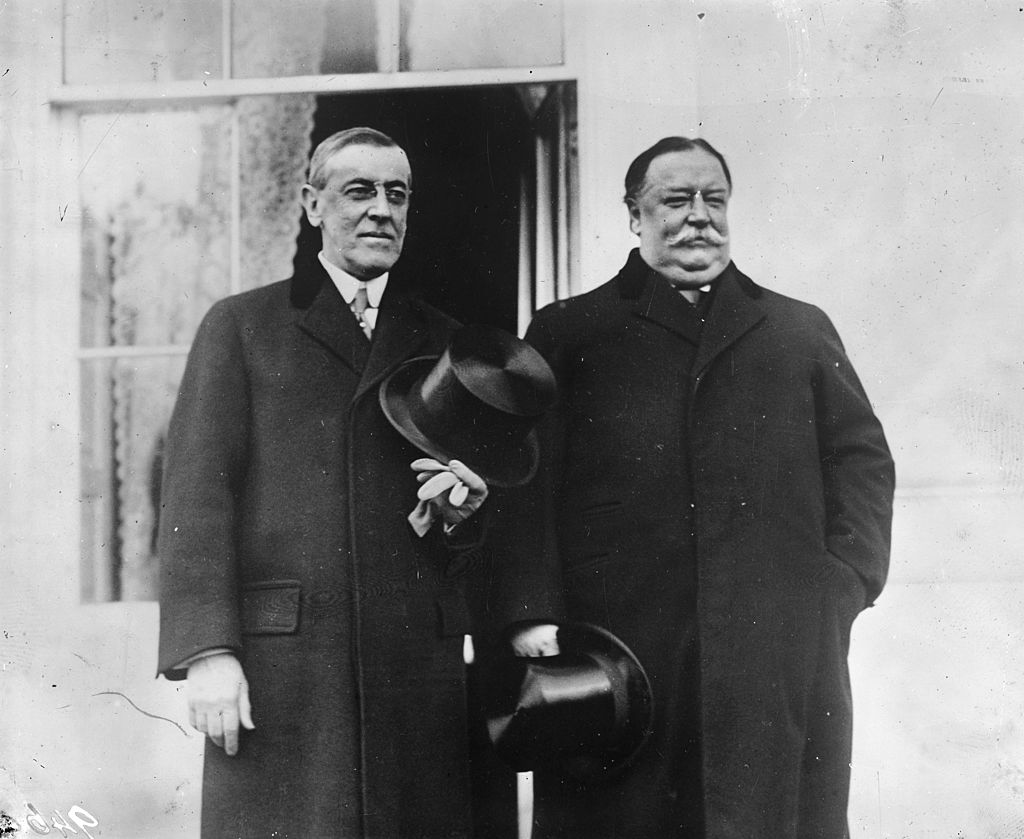 Wilson and Taft: the faces of "progress."

Last week we looked at the pernicious effects of the 16th amendment, and how for more than a century it has destroyed almost any chance the middle classes ever had of accumulating wealth, since their money is confiscated at the source, and has taught working Americans that the first call on the fruits of their labor belongs not to themselves and their families but to the federal government. (Real estate used to be the exception, although that too is now the province of the rich.)

Whereas the feds managed to scrape by from 1788, when the Constitution was ratified, to 1913, when the 16th was endorsed by 38 states (two more than the requisite number), on tariffs, and excise taxes, with only occasional resort to some sort of temporary income taxes, the way was now open for Washington to reach directly into the pockets of every American. This was a sea-change in the relationship of the federal government to the citizen, and the beginning of federal dominance over the very states which had given it birth and thus the entire population of the nation—not as members of sovereign states but as individuals.

The 16th, as several readers noted, was also significant in that it overturned the constitutional language regarding taxation under Article 1, Section 9: "No Capitation, or other direct, Tax shall be laid, unless in Proportion to the Census or enumeration herein before directed to be taken." That went out the window with the 16th and its game-changing language that "the Congress shall have the power to lay and collect taxes on incomes, from whatever source derived, without apportionment among the several States, and without regard to any census or enumeration." 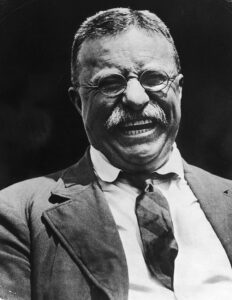 In other words, the idea that states could be subject to an individual "head count" tax of their residents only in direct proportion to their share of the overall population was now gone. This malevolent blunder turned out to be the first of several colossal blows to the nation-as-founded during the so-called "Progressive Era" headed by presidents Theodore Roosevelt (what in the world is he doing on Mount Rushmore?), the gloriously corpulent William Howard Taft, and the cadaverous Woodrow Wilson.

In other words, two unabashedly warmongering presidents—Wilson lied, men died—with Taft, an able administrator and later Chief Justice of the Supreme Court, somewhat of an outlier, although he was governor of the conquered Philippines under TR's boss, William McKinley.

According to the liberal Khan Academy, the period was:

an era of intense social and political reform aimed at making progress toward a better society. Progressive Era reformers sought to harness the power of the federal government to eliminate unethical and unfair business practices, reduce corruption, and counteract the negative social effects of industrialization. During the Progressive Era, protections for workers and consumers were strengthened, and women finally achieved the right to vote.

That's one way to look at it. The problem is, it's looking at the era through the wrong end of the telescope by people who love the intentions and can afford to ignore the results. Left unquestioned is whether the federal government had the right under the Constitution to what it did. And the answer is clearly no—so it simply changed the Constitution via the perfectly legitimate amendment process, and induced a gullible and resentful populace to go along; recall that nobody thought the Income Tax had a snowball's chance in hell of ratification, and yet it was ratified. (Don't start yapping at me that the 16th was "illegally ratified." It wasn't, which makes things even worse.)

A more accurate and pertinent assessment, is that the "Progressive Era" was a time of wholesale overturning of the original compact among states that resulted in the creation of the federal government. Recall that the Revolution was not fought by the citizens of some proto-United States of America, but by rebellious colonists of thirteen separate and distinct political units under the sovereign control of the King of England. At the start, the states controlled the feds—Maryland and Virginia even ceded territory to the new capital city; now the feds own huge swaths of the states, especially in the west—not the other way around. But as the U.S. moved into the 20th century, beginning with the assassination of McKinley in September of 1901, ambitious "progressives" seen their opportunities and they took 'em.

Which brings us to the 17th amendment. The relevant bit reads: "The Senate of the United States shall be composed of two Senators from each State, elected by the people thereof, for six years; and each Senator shall have one vote. " Prior to its ratification in 1913, the same year as the 16th and a spectacularly disastrous year for our real democracy, senators were chosen by the various state legislatures, in order to keep them tethered and answerable to their state governments: they were senators from the Great State of Whatever, not interchangeable "United States senators." 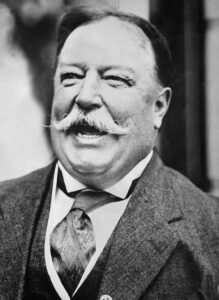 Problems arose when individual states whose bicameral legislatures were split between Republican and Democrats had trouble on agreeing upon a choice of senator, which meant that states might go without a full complement of senators for months or in some cases years at a time. In others, normal human greed and lust for power took over, leading to complaints that "special interests or political machines gained control over the state legislature. Progressive reformers dismissed individuals elected by such legislatures as puppets and the Senate as a 'millionaires' club' serving powerful private interests."

One Progressive response to these concerns was the "Oregon system," which utilized a state primary election to identify the voters' choice for senator while pledging all candidates for the state legislature to honor the primary's result. Over half of the states adopted the "Oregon system," but the 1912 Senate investigation of bribery and corruption in the election of Illinois Senator William Lorimer indicated that only a constitutional amendment mandating the direct election of senators by a state's citizenry would satisfy public demands for reform.

The cure, however, has proven to be worse than the disease. In trying to solve a problem of "special interests," rather than the states having two powerful advocates for their interests in Washington, Washington got two powerful advocates of its interests in each of the states, greatly assisting what we now call the Swamp in cementing its control over the nation. The sinister Left, currently fretting about losing "our democracy" remains hell-bent on finishing off republicanism in both its senses; for them, only a government by national plebiscite will do. As any student of early-20th century "reform" knows, the cure for "reform" gone awry was and is always more "reform" rather than a return to first principles.

Prior to the adoption of the 17th amendment, presidential candidates were generally drawn from the ranks of statesmen, victorious generals, diplomats, jurists, state governors, and other prominent public figures. Washington won the Revolutionary War, and the four Founding presidents who came after him—Adams, Jefferson, Madison, and Monroe—gained renown in the struggle for independence and its immediate aftermath as custodians of the revolution. Only Monroe spent some time in the senate, representing Virginia.

Abraham Lincoln had served only a single term in the House before becoming president. Ulysses S. Grant won the War Between the States for the Union; Rutherford B. Hayes and James Garfield were also Civil War generals, and did stints in the House before achieving the White House. Martin van Buren, John Tyler, James K. Polk, Grover Cleveland, and Wilson had been state governors. 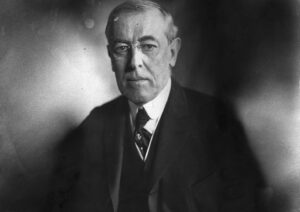 Some of the post-Founding presidents, true, had also served in the Senate as representatives of their states prior to become president. In addition to Monroe, their number includes John Quincy Adams (not only the son of the second president but a distinguished jurist and diplomat); Andrew Jackson (but it was his fame as a general during the War of 1812 and as the man who wrested Florida from Spain that got him elected president); and Benjamin Harrison, who was also a brevet general during the Civil War. Others such as van Buren, made brief stops in the Senate before become governors of their states and then entering national politics.

The first senator to go directly to the White House was Warren G. Harding, elected in 1920 after the passage of the 17th amendment. Widely viewed as one of the worst presidents, Harding got the Senate-to-Oval Office express off to an inauspicious start. In his wake came John F. Kennedy, Barack Obama, and Joseph Robinette Biden, Jr. (Harry Truman and Richard Nixon had been senators, then vice-presidents.)

Many of these senators hailed from dynastic-wealth families, in some part thanks to the income tax. Some married their money, such as Kerry and McCain; some like Jack Kennedy were born into it, the fruits of his criminal father's shenanigans as a bootlegger and Wall Street executive; Willard M. Romney is the son of George Romney, a wealthy automobile executive, former governor of Michigan, and failed presidential candidate in 1968. More recently, some have achieved great wealth simply by being elected to office and then cashing in either after or even during their terms of of high office. Lunch Bucket Joe, the current occupant, has never held an honest job in his life, but somehow has become obscenely wealthy from a lifetime of "government service" —including 36 years in the senate, eight years as vice president and (so far) nearly two years as president.

Today, therefore, the Senate is no longer regarded as the equally apportioned voices of the states in the upper house of Congress, but rather a way station for ambitious individual senators eyeing the road to 1600 Pennsylvania Avenue. As the Washington saying goes, every morning one hundred senators wake up, look in the mirror, and see a future president looking back at them.

A repeal of the 17th would largely remove mediocrities of no accomplishment like these from the scramble up the greasy pole. Men are not angels; no doubt corruption in their choice at the state level was very great, as it is in all human enterprise. But by returning the selection of senators to their now-nominal home states would elevate the importance of state legislatures and state elections, returning the power of republican democracy in D.C. back to the states and their residents, where it started and where it still belongs.

Impossible, you say? Well, no. Next week we'll take a look at the third of the four destructive "progressive" amendments, the 18th, and what we can learn from its passage—and, better yet, its repeal.

5 comments on “THE COLUMN: To Save America, Repeal the 17th Amendment”