THE COLUMN: To Save America, Repeal the 26th Amendment 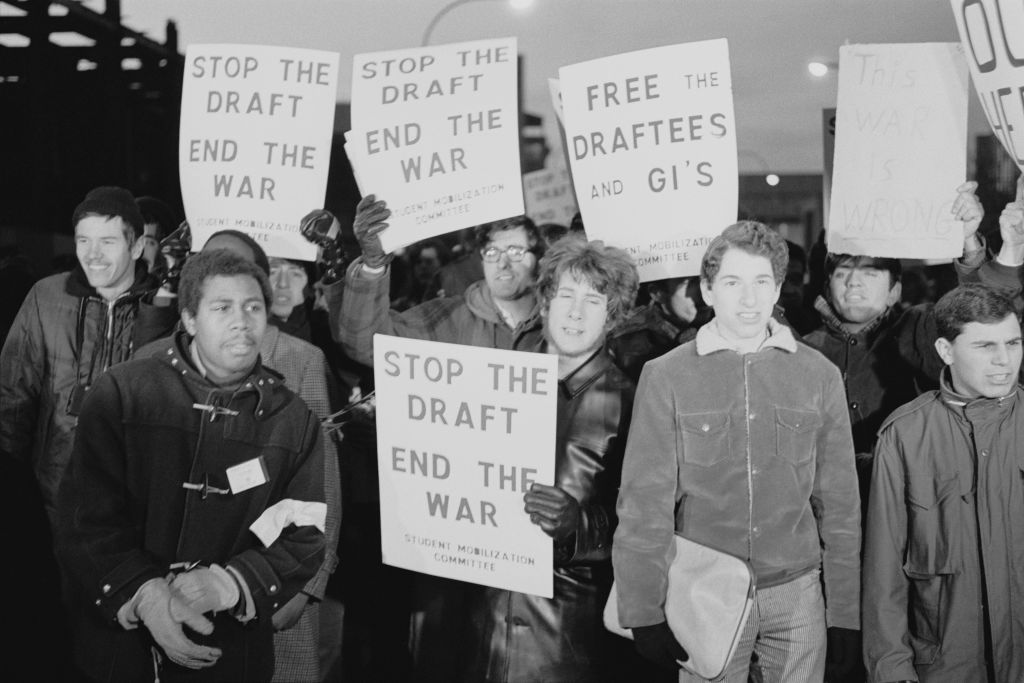 Hell no, we won't go. But we demand the vote anyway.

For only the second time in their sordid history—the first was the repeal of Prohibition—the Democrats have found a "progressive" law they want to repeal. It's the woefully misbegotten 26th Amendment to the Constitution, the one passed by Congress and ratified by the states that gave 18-year-olds the right to vote. It's one of the briefest pieces of legislation ever to emerge from the bowels of Washington, rushed through in a Vietnam-era fever to mollify the young people who were rallying in their thousands and ten thousands to protest the war. Here it is:

The impetus behind the amendment was the slogan, "old enough to fight, old enough to vote." The reference was to the draft, which yanked multiple platoons of baby boomers out of their ordinary lives and packed them off with a gun in their hand to fight for LBJ and Tricky Dick Nixon. Well, that's not exactly true: those kids of the era smart enough or rich enough to attend college were deferred under the Selective Service Act, the theory being that there was no need to sacrifice the best and brightest when you could ship a year's worth of high-school mechanics-in-training off to the rice paddies as cannon fodder in a war the American government most certainly did not want to win, while preserving the Robert Strange McNamaras of tomorrow for lives in corporate or governmental servitude. Who knows, you might even get a president—or two or four—who managed to dodge military service and bounce straight from academe or business into the Commander-in-Chief's chair without ever picking up a gun. 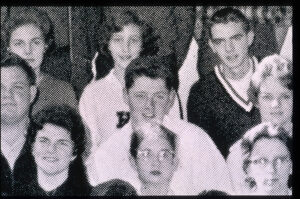 Through Joe Biden, a total of 16 presidents (or 14, depending on how you count) never spent any time near a boot camp or one of the service academies, including FDR (who was, however, Asst. Secretary of the Navy from 1913 to 1920), William Howard Taft (Secretary of War 1904-1908), John Adams, Thomas Jefferson, Woodrow Wilson, and Calvin Coolidge. These usually were men who came of age during peacetime, in contradistinction to the 31 men who fought for their country, including the five Civil War presidents such as Grant, Hayes, Garfield, and a raft of presidents who saw action during World War II (Eisenhower, JFK, Nixon, et al.). It wasn't until Bill Clinton supplanted veteran George H.W. Bush in 1992 that the era of the draft dodger got fully underway, with only George W. Bush having spent any time in the military among the most recent five presidents.

Amazingly, we heard nary a peep from the likes of Grant and Ike or the men who served under them regarding the "unfairness" of being sent to fight before first casting a ballot. This is partly because the draft, in its various manifestations during American history, generally came during a time of national emergencies and then stopped; a peacetime draft didn't appear until 1940, with the U.S. on the verge of war in both Europe and Asia. The military is now all-volunteer (i.e. a professional standing army, a notion previously abhorrent to Americans).

More important, the vote was considered a privilege, not a "right" (there is no such right in the Constitution), and it was correctly judged that a young man needed to attain his majority and his maturity before he could share in the governance of the Republic. The franchise, therefore, represented a coming-of-age of the men to whom it was granted. It was never intended to be "universal." 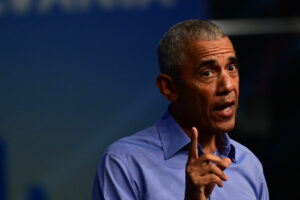 By 1971, however, the Vietnam War had already been going on for nearly a decade, and under the spectacularly bad management of phony veteran Lyndon Baines Johnson (Silver Star for riding in an airplane) and the quintessential egghead, McNamara (disqualified for combat service during WW2 by "bad vision"), and three years after Nixon promised he had a "secret plan" to end the war, the natives were growing restive. Especially the Boomer generation, who had experienced neither the Depression nor the war, as their parents had; hardship was unknown to them.

During that period, a college education—once reserved for the upper classes and meritocratic strivers—was gradually transforming from something that only a very small minority of American men and women enjoyed into something deemed to be necessary to achieving a middle-and-upper-class lifestyle. This was when a wag-the-dog attitude toward higher education began to take root, not least in academe itself. Because holders of a college degree generally earned more than their high-school-only counterpart, it became axiomatic that the degree itself caused the rise in income. Post hoc, ergo propter hoc.

Further, graduate degrees at that time tended to be highly specialized; the figure of the Eternal Graduate Student appeared, in part to continue avoiding exposure to Selective Service, although those deferments were eventually done away with as well by the time the draft was finally abolished in 1973. It is this context, therefore, that the move to lower the voting age took hold and eventually, in the teeth of massive opposition to the draft—not the war, which most Americans supported until LBJ's ineptitude had become clear to all—must be considered. 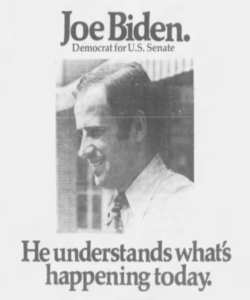 The war is long gone, lost from the start by American unwillingness to devote the resources necessary for victory, but the 26th amendment lives on. So I wish I could hail the latest Democrat proposal to repeal the 26th, but alas I can't, since the cure is worse than the disease:

More than a dozen House Democrats this week proposed an amendment to the Constitution to allow 16-year-olds to vote in an apparent attempt to make it easier to enact left-leaning policies like gun control and pro-environmental measures. Democratic Rep. Grace Meng of New York introduced a resolution that would do away with the 26th Amendment to the Constitution, which allows U.S. citizens to vote if they are at least 18 years of age. The resolution would replace that with new language that says: "The right of citizens of the United States, who are sixteen years of age or older, to vote shall not be denied or abridged by the United States or by any State on account of age."

Meng hadn’t released a statement on her proposal by early Thursday afternoon. But she released a statement in the last Congress, indicating a belief that lowering the voting age by amending the Constitution would let younger people have a say on many of the positions supported by Democrats. "Our young people, including 16- and 17-year-olds, continue to fight and advocate for so many issues that they are passionate about from gun safety to the climate crisis," she said. "They have been tremendously engaged on policies affecting their lives and their futures."

Yes, you read that right: 16. At an age when boys are eating boogers and lighting farts, getting more tattoos than the average sailor, and having sex with high school girls. At an age when girls (they're not even close to being "women") are pondering sex change operations and seeking out abortion services and getting even more tattoos than the average hooker. And these are the unformed humanoids with whom the Democrats (unformed humanoids themselves, to be sure) want to entrust the nation's future? 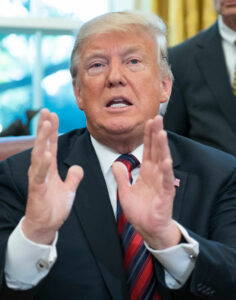 Missed me by this much.

So yes: repeal the 26th. And then restore the status quo ante, to 21. It was an amendment passed in the heat of the moment and under tremendous political pressure. It didn't do Nixon any good; a year after it became law, he was forced to resign over the now-trivial matter of Watergate, less than two years after he had won one of the greatest landslides in American history. (America's first media coup; Trump was the second). Like Trump, he was reviled from the start, cordially loathed by the Democrat/Media Complex, tortured weekly by the Washington Post's singularly nasty political cartoonist, Herbert Block, and never handed an even break.

Ditto Trump with the Covid hoax, played for a fool by Anthony Fauci and the Democrats and maneuvered by media pressure into crashing a "vaccine" that has proven more deadly than the semi-imaginary disease it was meant to "cure," the news of which was conveniently withheld by Big Pharma and the media until after the election, at which point it was administered to a reluctant populace at gunpoint by a party of political opportunists who now want to bring you... the 16-year-old voter.

Where will it stop? It won't, until we stop it. As I like to say, they never stop, they never sleep, they never quit. Next will be the 12-year-old voter, then the 8-year-old voter; by the time the Democrats reach the unborn voter they may finally reconsider their position on abortion, but by then the Republic will have passed into history, the victim of its own unlimited appetite for diversity, tolerance, and "progress." The parable of Chesterton's Fence comes once more to mind, except this time the fence has been demolished, the teenagers are not about to bring it back, and the grownups are long gone.

16 comments on “THE COLUMN: To Save America, Repeal the 26th Amendment”