THE COLUMN: America's 'Transitioning'—but to What? 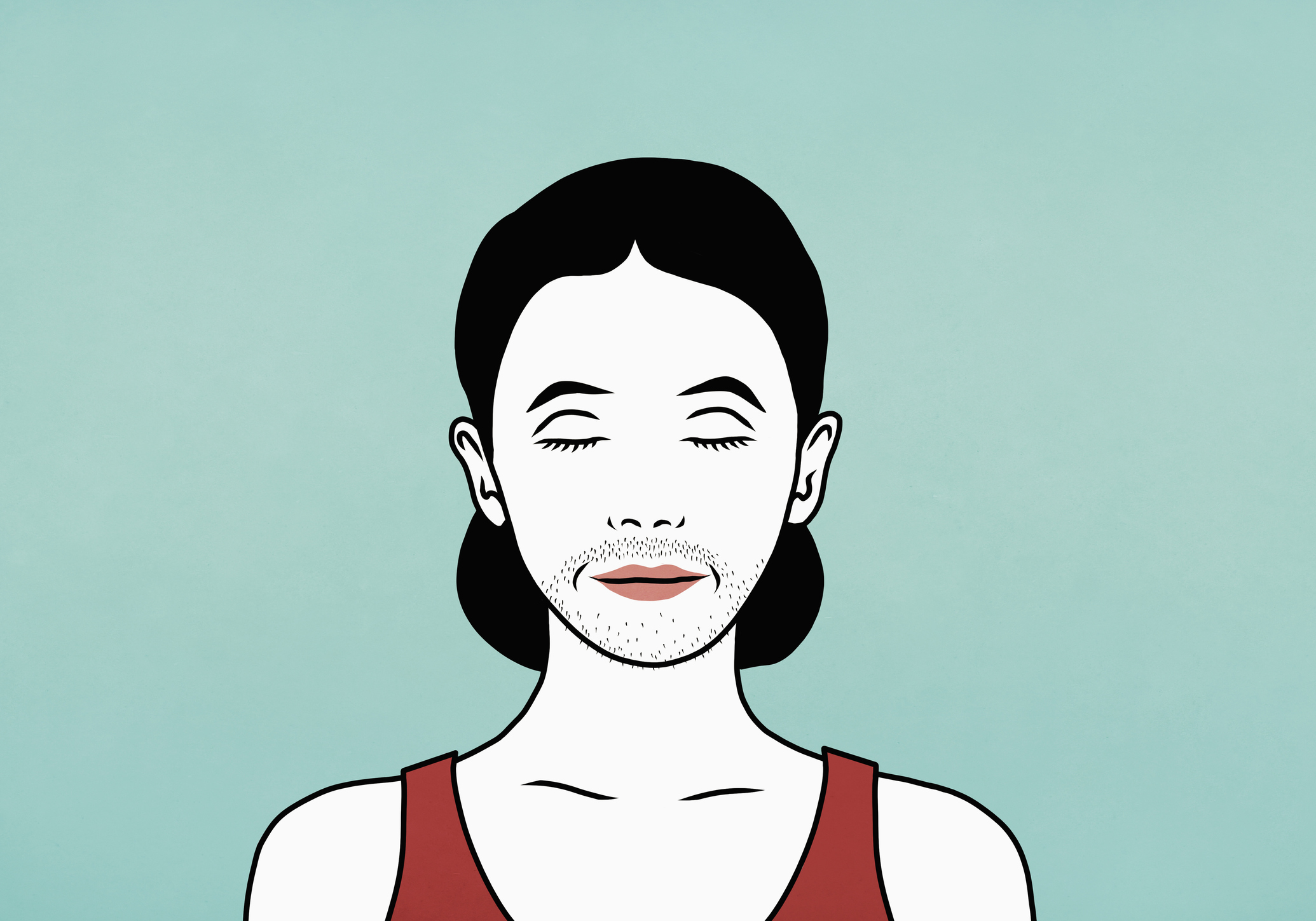 In case you haven't heard, the United States is currently in the process of "transitioning." For reasons of decorum, and to not upset the rubes, from what to what is never quite spelled out, but those of us who have been following the "progressive" Left for the past six decades or so have a pretty clear idea of what they mean. It was first brazenly articulated by candidate Barack Obama in a campaign appearance just before the 2008 presidential election when he said, "We are five days away from fundamentally transforming the United States of America.”

At the time, such braggadocio was largely chalked up to typical hustings rhetoric by a fresh new face eager to contrast his relative youth (Obama was 47 at the time) with the geriatric-adjacent ambulatory husk of John McCain, who was 72, You know, something akin to John F. Kennedy's line in his 1961 inaugural address about "a new generation of Americans, born in this century." JFK was born in 1917; Dwight Eisenhower, the man he was succeeding, had been born in 1890. Even though both had served during World War II (Eisenhower as Supreme Allied Commander in Europe, Kennedy as a Navy lieutenant in the Pacific), they seemed of vastly different generations. In other words, just talk:

Except, as we now know, it wasn't. Obama meant every one of those thirteen infamous words, and older folks who had lived through the 1960s knew exactly what he meant. "Change" was not simply a buzzword meant to distinguish the "new" policies of one party from the "old" policies of the other, within a context of broadly accepted governing principles and love for the nation as founded, including the primacy of the Constitution. Rather, it was a complete break from the American tradition, a kind of cultural-political coup whose message couldn't have been clearer.

The Trump interregnum interrupted the steady flow of "progress" away from the "charter of negative liberties" (Obama's phrase) that is our founding document and toward FDR's notion of the "Four Freedoms," first floated in an address to Congress on January 6, 1941, nearly a year before Pearl Harbor. Two of Roosevelt's four "freedoms" were freedom of speech and freedom of worship (redundant, since they were already enshrined in the First Amendment); the other two were freedom from want—"economic understandings which will secure to every nation a healthy peacetime life for its inhabitants, everywhere in the world"—and freedom from fear—"a world-wide reduction of armaments to such a point and in such a thorough fashion that no nation will be in a position to commit an act of physical aggression against any neighbor, anywhere in the world."

This was a speech aimed not at America but at the world as Roosevelt, heading into his unprecedented third term (it was, after all, an "emergency"), tried to drum up support for imperial Britain in its fight with its National Socialist German cousins, in the teeth of strong isolationist sentiment at home. But the ideas gained traction domestically over the succeeding decades, morphing into such left-wing notions as a universal basic income and unilateral disarmament. A transition was needed away from the self-reliance of the citizenry and the framework of a limited federal government, and so the two final amendments to the Bill of Rights, the Ninth and Tenth, were hastily consigned to the oubliettes of history, aka, the dustbin.

Both those amendments were intended to confine the central government to its enumerated powers, but generations of clever and malicious lawyers have all but destroyed such quaint notions as individual and states' rights. The latter was collateral damage of the Civil War and both were obliterated by the Civil Rights Act of 1964, as author Christopher Caldwell convincingly argues in his book, The Age of Entitlement: America since the Sixties.

Though Americans are reluctant to admit it, the legacy of the 1960s that most divides the country has its roots in the civil rights legislation passed in the immediate aftermath of John F. Kennedy’s assassination. It was enacted in a rush of grief, anger and overconfidence — the same overconfidence that had driven Kennedy to propose landing a man on the moon and would drive Lyndon Johnson to wage war on Vietnam. Shored up and extended by various court rulings and executive orders, the legislation became the core of the most effective campaign of social transformation in American history. 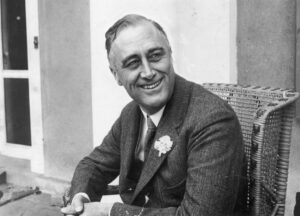 Because it's wreckable, all right?

Thus began the "transition" in earnest. With Obamacare and the takeover of student loan programs, not to mention the corrosive effects of the auto industry "bailout," Obama went a long way in his two terms toward establishing the kind of centralized socialism his mentors and handlers desired; the country was lucky that his innate slothfulness prevented even more such "fundamental transformation."

The came Donald Trump's surprise victory over the Left's designated heiress, Hillary Clinton, which temporarily derailed their plans. Their furious counter-reaction began the day after Trump was elected; by Inauguration Day 2017 the media was already calling for his impeachment, and by the end of his first full month in office, the Left had claimed the scalp of National Security Adviser Mike Flynn, and it was all downhill from there. Henceforth, the administration was staffed by a cabal of its enemies, which spied on him, leaked to the media, disrupted the orderly working of the White House, supported his political foes, and began greasing the skids for his defeat—by any means necessary—well before the midterms. Alas, he was too ineffective a leader to do anything meaningful about it; after all, this is the man who hired Christopher Wray at the FBI and failed to fire him on his way out the door.

One thing the institutional Left couldn't dent while Trump was in power was the booming American economy, but from the moment bona fide geriatric semi-ambulatory husk Joe Biden supplanted him thanks to a "fortified" election in which both halves of the Permanent Bipartisan Fusion Party enthusiastically participated in order to get rid of him, the economy has hit the skids with malice aforethought. The social battles have largely been won by the Left, which is why you have drag-queen story hours at your local public library and "gender reassignment" disfiguring surgery for girls and castration for boys fervently advocated by Democrat government officials and their pet media. Shoplifting is legal in many places, and talk about freedom: you can poop on the sidewalks with impunity.

Now it's the economy stupid, and its turn to transition. Just ask the Big Guy, who on his first day behind the Resolute desk unleashed a war on the energy sector, nominally in the name of "climate change" but in reality because, in the words of Gordon Gekko. "it's wreckable, all right?"

An "incredible transition," and don't you dare call it a "recession." Next we have Janet Yellen, head yenta-in-charge at the Treasury Department and former chairx of the Federal Reserve, to explain the transitioning of your pocketbook from full to empty:

And don't forget economic adviser Gene Sperling, an Obama retread and currently the White House coordinator for something called the American Rescue Plan, who's also got some transition 'splainin' to do:

Quoth this parrot: "This is an economic transition moment." He's right: damn the torpedoes, full speed ahead as we complete the "transition" from a store-of-value-based currency (the dollar, until Nixon wrecked it in 1971) to the wet dream of the Modern Monetary Theory brigands, for whom it's impossible to print too much funny money because, hey, we can always print more!

Modern Monetary Theory (MMT) is a heterodox macroeconomic framework that says monetarily sovereign countries like the U.S., U.K., Japan, and Canada, which spend, tax, and borrow in a fiat currency that they fully control, are not operationally constrained by revenues when it comes to federal government spending. Put simply, such governments do not rely on taxes or borrowing for spending since they can print as much as they need and are the monopoly issuers of the currency. Since their budgets aren’t like a regular household’s, their policies should not be shaped by fears of a rising national debt.

Don't try this at home, kids. But now that the adults are back, what the hell? If girls can be boys and boys can be girls, it's a mixed-up, muddled-up shook up world anyway. There is no innate nature to anything any more, and nothing really matters. As the Left's favorite economist, John Maynard Keynes, famously said: "In the long run, we are all dead," so let's party like it's 476 or 1543 or 1914.  It's the ultimate triumph of mind over matter, of fiat over gold, of fantasy over reality, and you're a bigot if you think otherwise. You're the enemy now. So like the blushing bride on her wedding night, lie back, think of England, and let the transitioning begin. After all, you have no choice. You're next.

8 comments on “THE COLUMN: America's 'Transitioning'—but to What?”