THE COLUMN: 'By Any Means Necessary' 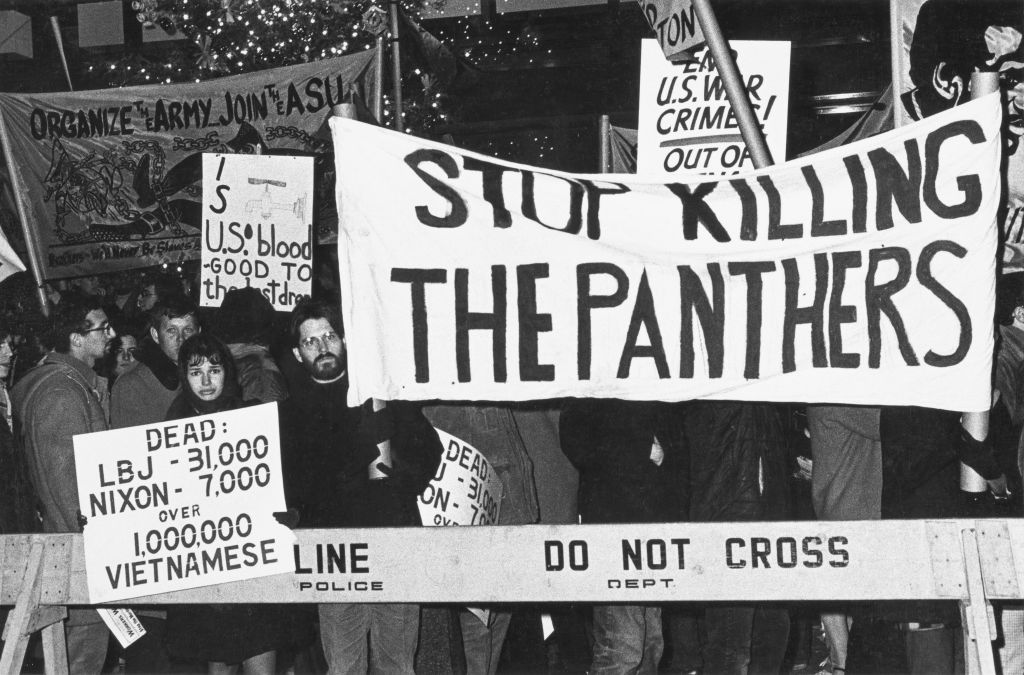 Those of us who weathered the Sixties as teenagers well remember the fraught nature of American society in the annus horribilis of 1968. The Tet offensive in Vietnam. The asssassinations of Martin Luther King, Jr., and Bobby Kennedy. Riots in dozens of cities across the land. The self-immolation of a president, Lyndon Johnson. The ongoing mess in Vietnam, a war we didn't have to fight and didn't want to win.

The "student" riots at the Democrat convention in Chicago, at which the donkeys chose LBJ's vice-president, Hubert Horatio Humphrey, the quintessential "Minnesota Nice" representative of that quirky state's Democratic-Farmer-Labor Party—which believe it or not, still exists and dominates formerly German-Scandinavian and now Mogadishustanian politics to this day. The election of Richard M. Nixon, back from the political graveyard, in November of that year. And much, much more:

One of the ringing phrases of that decade was "by any means necessary," which was included in a 1960 speech by the black French West Indian radical Marxist Frantz Fanon, "Why we use violence." The phrase may have had its roots in the 1948 play Dirty Hands (Les mains sales) by the Existentialist French playwright and philosopher Jean-Paul Sartre ("It is not by refusing to lie that we will abolish lies: it is by eradicating class by any means necessary") and then was widely popularized by Malcolm X in 1965 (the year of his own assassination): "We declare our right on this earth to be a man, to be a human being, to be respected as a human being, to be given the rights of a human being in this society, on this earth, in this day, which we intend to bring into existence by any means necessary." It's a slogan now associated with black American filmmaker Spike Lee, who adopted it from Malcolm while making his eponymous film.

In case you haven't figured it out yet, "by any means necessary" means violence, otherwise known by the 1960s' euphemism, "direct action."

Well, what goes around comes around and here we are, more than half a century later, as the passions that inflamed Americans back then, while different somewhat in their particulars, are still burning bright. We saw "by any means necessary" and "direct action" in action during the George Floyd summer of 2020, when cities burned during "mostly peaceful" protests over the death of a hitherto obscure minor career criminal who expired while under restraint by the hapless Minneapolis police department. Does anyone even remember who George Floyd was? But his death birthed the Black Lives Matter movement, and his memory still graces a couple of blocks of 16th Street NW in Washington, D.C., just steps from the White House. 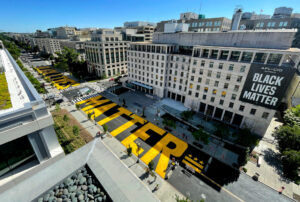 Things fall apart: when one of the capital's main streets, leading directly to the front door of the White House (hence the address, 1600 Pennsylvania Ave.), boasting some of the city's leading hotels, including the Hay-Adams, are effectively closed to through traffic, the rule of law no longer obtains. On both sides: who can forget the colossal error in judgment (at the very least) of the January 6 demonstrations, which has resulted in hundreds of arrests, with many people still sitting in prison, and an ongoing show trail run by the Democrats in Congress designed to punish their mortal enemy, Donald J. Trump?

Just last week, former presidential adviser and campaign guru Steve Bannon was convicted by a kangaroo court for "contempt of Congress," a "crime" one or two rungs lower on the tort list from spitting on the sidewalk or picking your feet in Poughkeepsie. (Former Obama attorney general/wingman Eric Holder was found in contempt of Congress in 2014, but amazingly the administration declined to prosecute.)

The old Soviet Union or National Socialist Germany would have been proud of this farce: unable to mount the defense he and his lawyers sought thanks to a series of adverse rulings by the judge, Bannon's team chose no defense at all, but instead will appeal the conviction to a higher court.

The judge barred the defense from calling House Speaker Nancy Pelosi (D-Calif.) and members of the Jan. 6 committee to the stand, prevented it from arguing that the select committee violated House rules by calling on Bannon to testify, and from claiming that Bannon ignored the subpoena on the advice of his counsel or at Trump’s direction. Bannon’s legal team cited the earlier rulings as part of their reasoning for keeping him off the stand, saying the defendant “understands that he would be barred from telling the true facts.”

At this point in the sad history of the decline and fall of the American republic, what patriotic citizen doesn't have contempt for Congress and just about every other institution of government that's been corrupted by money, power, unaccountability, and an unabashed loathing for the nation and its people? Forget home rule; Washington is now run by mob rule, and the government's part of the mob. When things go this wrong, who isn't tempted to agree with Al Pacino in this clip from Norman Jewison's 1979 film, "... And Justice for All"?

But it's not just D.C. where political grievances have been taken to the streets. Protests against a perfectly lawful decision by the Supreme Court regarding abortion (returning the matter to the states) were of course met with protests everywhere, and a would-be assassin even got all the way from California to Justice Brett Kavanaugh's home in suburban Maryland before his nerve failed him and he turned himself in. In upstate New York, Lee Zeldin, the Republican candidate for governor in one of America's worst and most dysfunctional states, was assaulted with a weapon while giving a campaign speech; the alleged perp was released without bail the next day, but later hit with federal charges. "You're done," he said to Zeldin as he moved toward him, although that may just have been the whisky talking, as the man claimed.

Americans have been driven crazy by events since the election of 2000, which has called into question the validity of every election since, and also by developments abroad, starting with the George W. Bush administration's profoundly witless response to the attacks of 9/11. A long, pointless military exercise against backwater places that had little or nothing to do with Osama bin Laden's private—and extraordinarily effective—jihad against the West culminated in the Biden administration's criminally feckless pullout from Afghanistan in 2021, elevating a rag-tag band of razorless primitives to the best-equipped private army on the planet.

On the home front, a steady diet of woke enormities regarding deviant sexual grooming in the schools, surgical disfigurement and chemical castration of children, the perversion of both biology and the language by woke ideology, the president's son Hunter Biden's open cavorting with hookers, snorting coke, and brokering deals with unsavory places like China and Plucky Little Ukraine, the breakdown of public order, the belated acknowledgment by the media that the Covid "vaccines" neither prevent or ameliorate the damages caused by the virus and may in fact be harmful, and that the entire totalitarian overreaction of 2019-2022 was a great big joke—on us. Not that they're sorry about it, however, because the beta test of tyranny taught the Permanent Bipartisan Fusion Party that Americans were sheep and can in the future be stripped of their rights and liberties with impunity.

And then there's the entire "Green Energy" hoax, an all-purpose pretense to raise the cost of fuels, restrict your mobility, and cripple agriculture, all in the name of a demonstrably untrue and malicious Luddite fantasy aimed directly at your survival.

Partisans on both sides of the ideological divide now speak openly of civil war—"direct action" at its rawest—and who can blame them? The country is a mess, its Congress a criminal oligarchy of the elderly, and the presidency controlled by the same few families for the past 40 years (the Bushes, the Clintons, the Obamas, the Trumps), with a Trump v. Biden rematch possibly in the cards for 2024, unless either sensible heads prevail or the Grim Reaper finally comes to call for the Baby Boomers.

If war comes, however, it won't be geographical but ideological. The states have split between the parties, while the parties have split the electorate in odd ways: rich whites, especially Democrat women, have adopted the Sixties' clenched fists of "revolution," while the working class, including Latinos, has drifted toward the Republicans, hoping to preserve their rapidly declining standard of living while hunkering down and awaiting the possible succor of the fall elections.

No one seems very confident that the midterms will sort much out. By now, conservatives have zero expectations that a Mitch McConnell-run Senate and a Kevin McCarthy-led House would do much of anything except continue to line their pockets while shadow-boxing with their sham opposition/friends across the aisle. The system stinks and everybody knows it. Everybody, left and right agrees that something needs to be done. The question is, what? We may not have the answer to that yet, but we do know how: by any means necessary.

14 comments on “THE COLUMN: 'By Any Means Necessary'”