No Nukes? Then Stop 'Thinking Green' 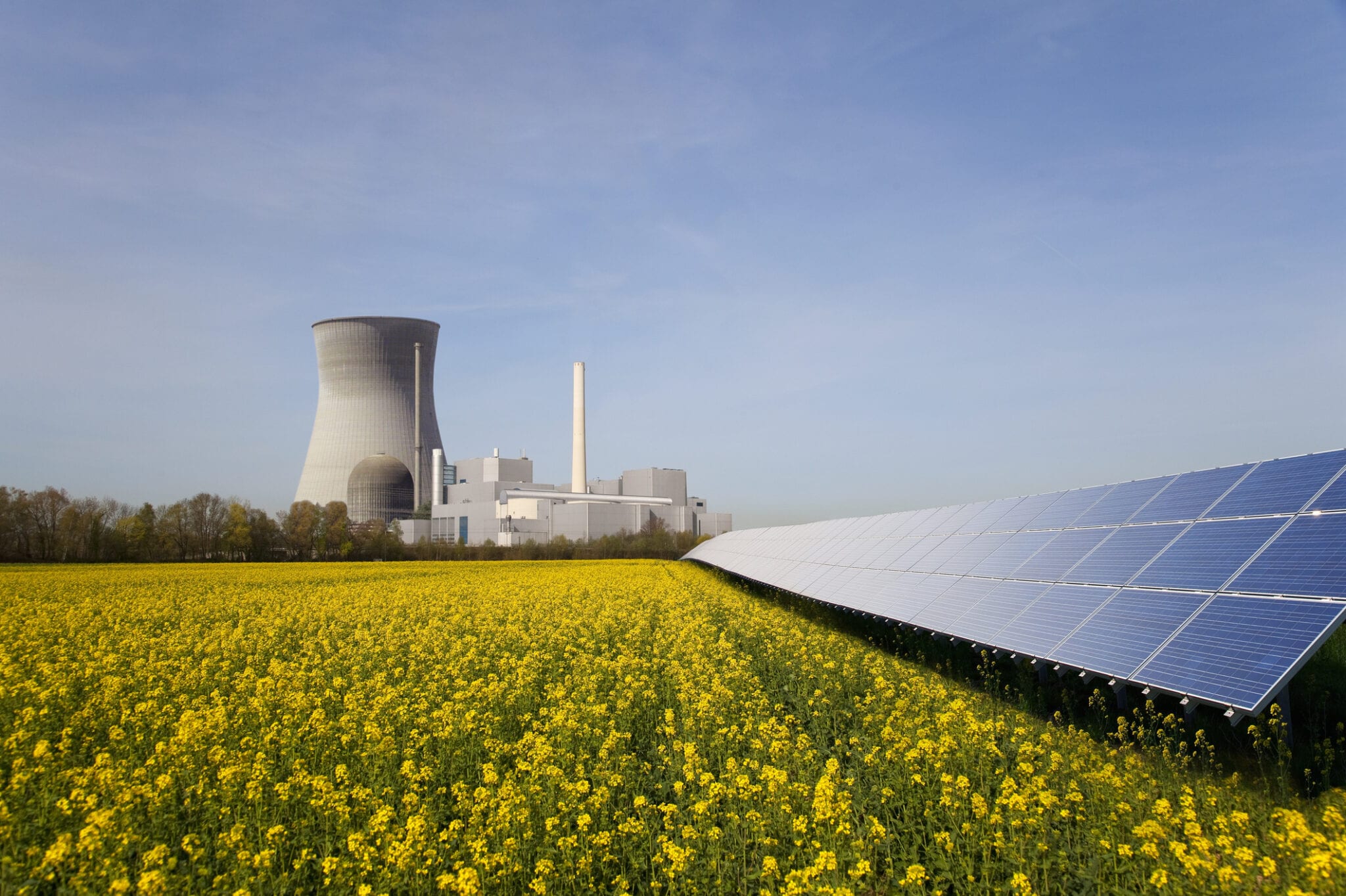 A report issued last month by the Goldman School of Public Policy at the University of California Berkeley asserts that the United States can achieve environmental utopia in a mere 15 years. Entitled 2035: Plummeting Solar, Wind and Battery Costs Can Accelerate Our Clean Energy Future, the study is sure to be referenced ad nauseum by progressive candidates and journalists during this election season. On its surface, the report appears to address the two biggest public perception problems that renewable energy faces: cost and reliability. The authors claim that we can make changes to our electrical infrastructure to ensure that 90 percent of all energy generated by 2035 is derived from “clean” sources, that we will actually save money by so doing, and that executing this plan will not have any significant detrimental impact on power availability or reliability.

It must be said that 2035 is a step or two above AOC’s “Green New Deal” fantasy in the sense that it at least acknowledges there are challenges involved in repowering the largest economy on planet earth we should probably consider. That is not to say that 2035 is entirely realistic about how to address those challenges. It’s not. But we may take some slight comfort knowing that there at least a couple of people obsessed with the green energy fantasy who have a vague awareness that electrical generation, transmission and distribution are rather complex topics. Baby steps people – baby steps.

Before we get into the weeds, you should understand that despite what politicians and PR types have said, and will continue to say, the 2035 plan does not claim that the delivered cost of renewable sources of energy will be cheaper than that of conventional sources in fifteen years, nor should one confuse the term “clean energy” as used in the plan with the term “renewable energy” as it has been traditionally used by environmental activists.

The 2035 plan claims that net renewable energy costs will be lower if its recommendation are followed, but only if one ignores tax credits and factors in nebulous economic benefits associated with fractional reductions in conventional air pollutant and greenhouse gas emissions. The report also places nuclear energy and hydro-power on the “clean” side of the energy-generation balance sheet. While this author and many a like-minded scientist have long agreed that both sources of energy are indeed quite clean, as well as being cheap and reliable, few environmental groups have agreed, particularly in the case of nukes.

To be perfectly clear: any candidate or environmental group that signs off on 2035 is, de facto, a nuclear power advocate. And most welcome they shall be! Jump on in guys, the water’s fine and radiation free, but feel free to grab a banana at the snack bar if you need some rads.

If we’re going to fairly assess the 2035 plan, we need to understand three key concepts that are central to managing a power generation and distribution system: load, dispatchability and capacity factor.

Load, in the power generation sense, is a measure of electrical demand. In general, a given distribution system on the grid will require a minimum amount of power on the lines at all times, day or night. This is called “base load” and is typically filled by generation assets that run steadily at all times. At the other extreme there is power that is only briefly needed because of intermittent increased demand, like during the hottest part of a summer day when air conditioners are working their hardest. This condition may last for a few hours, depending on season and location, and is called “peak load.” In between, we have intermediate load.

Dispatch refers to how the folks managing a portion of the grid ensure there is enough power to meet load demand. These are assets with which the grid operator (often, but not always, referred to as an Independent System Operator, or ISO – the acronym we’ll use to refer to the grid manager for the balance of this piece) has to work. “Dispatchable” assets are those that the ISO knows will be available over a given time period and whose maximum power output is a fixed, known quantity. The ISO uses dispatchable assets to develop a plan, including dispatch order, to ensure that each day’s demand forecast can be reliably filled, plus a reserve amount of generation in case the forecast is off a bit. Non-dispatchable assets are those generation assets whose availability and generation capacity cannot be reliably and consistently known due to the nature of the asset. 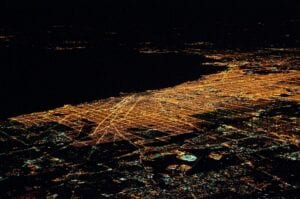 Finally, capacity factor is a measure of how much power a generation asset can produce compared to how much it actually produces. A power plant that runs at 100 percent capacity-factor is generating the maximum amount of power possible, 24 hours a day, 7 days a week. Another plant that generates 50 percent of the power it's capable of generating and runs only half the time available earns a 25 percent capacity factor (0.5 x 0.5 = 0.25).

In order to manage the grid reliably, ISOs want to fill in load requirements using dispatchable sources of energy as much as possible. The best, most reliable, sources of dispatchable power are those that typically run at high-capacity factors. According to Energy Information Administration (EIA) data, coal-fired power plants, combined-cycle natural gas-fired plants, and nuclear power plants typically run at capacity factors between 80–90 percent each.

Both wind and utility-scale solar plants are classified as “non-dispatchable” by the Department of Energy. To understand why, let’s compare capacity factors. Capacity factors for wind and solar vary by region, but EIA has developed historical data that defines the boundaries. Wind farms rarely exceed 40 percent in the best cases and 20–30 percent are more typical. Utility-scale solar plants, which generate far less power than wind in most places, typically operate in the 20–30 percent range and sometimes closer to 10 percent.

Anyone claiming that they can run the nation’s power grid solely on "renewables" inevitably runs into this basic problem: neither wind nor solar is sufficiently reliable to do anything but “gap fill,” while dispatchable sources are running to provide most of the load, along with sufficient excess dispatchable capacity available to pick up the slack when/if wind and solar sources drop off.

The solution to this problem proposed in 2035 is fourfold: 1) include nuclear and hydro in the mix, both of which are dispatchable and can provide reliable base load, 2) grudgingly allow some natural-gas generation to remain in place, 3) buy a crap-load of battery storage capacity, and 4) build every bit of wind and solar capacity one possibly can and run it as hard and as often possible whenever conditions allow.

Technically, there is much about this scheme that is laughable and some aspects that are downright dangerous. Unfortunately, space considerations preclude discussing these issues in detail in this particular article. Economically, both EIA and the folks at the Goldman School acknowledge that the Levelized Costs of Power generated by wind is typically more expensive than power generated by nukes or fossil fuel-fired sources. It is only by including tax credits and – in Goldman’s case – the fanciful economic benefits supposedly accompanying further coal plant retirements that one can begin to claim that the 2035 plan is economically sound.

It’s not. It’s another fanciful exercise designed to solve an equally fanciful problem in the fanciful presumption that even if climate change represented a clear and present danger to the globe any unilateral action taken by the United States could have the slightest effect. However, we should look on the bright side and be thankful that at least a tiny bit of reality has somehow made it’s way into this particular plan.

2 comments on “No Nukes? Then Stop 'Thinking Green'”