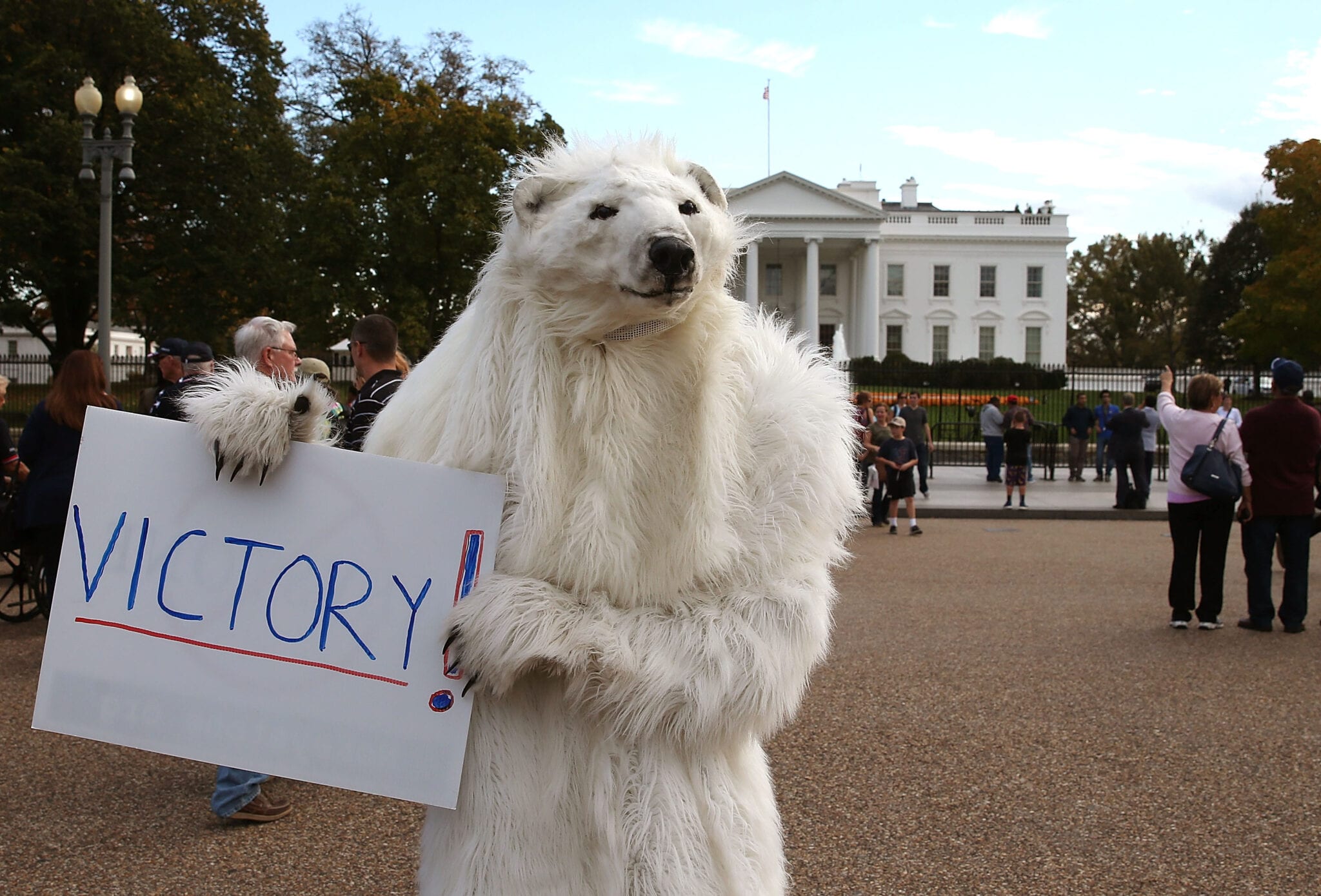 And save the polar bears, too!

In the wake of President Joe Biden's executive order killing the Keystone XL pipeline extension, Canadian prime minister Justin Trudeau issue a statement saying that he was "disappointed but acknowledge[s] the President’s decision to fulfil his election campaign promise on Keystone XL.” Which is to say, he folded.

Alberta Premier Jason Kenney, meanwhile, is going on offense, and he's trying to provoke the Prime Minister into following his lead. Kenney has been making the rounds on American television, pointing out that the U.S. and Canada have "the biggest bi-lateral trade relationship in world history," and that "the biggest part of that trade is Canadian energy exports." He continues,

We ship about, nearly $100 billion worth of energy to the U.S. every year. Keystone XL would have been a significant safe, modern increase in that shipment. It is very frustrating that one of the first acts of the new President was, I think, to disrespect America’s closest friend and ally, Canada. And to kill good-paying union jobs on both sides of the border and ultimately to make the United States more dependent on foreign oil imports from OPEC dictatorships. We don't understand it.

Kenney's been hammering away at the official account of this cancelation so that the shapers of Canadian opinion like the CBC can't just settle on a win some/lose some narrative, and then go back to cheering on Biden for not being Trump. For instance, here's Kenney at a press conference after Biden's E. O. was signed:

Let's be clear about what happened today: The leader of our closest ally retroactively vetoed approval for a pipeline that already exists, and which is co-owned by a Canadian government [the province of Alberta], directly attacking by far the largest part of the Canada-U.S. trade relationship, which is our energy industry and exports. The portion of the Keystone XL pipeline that crosses the Canada-U.S. border between Montana and Saskatchewan was installed last summer. It was built following a decade of rigorous environmental analysis and approval.... This decision was made without even giving Canada the opportunity respectfully to make the case for how Keystone XL would strengthen U.S. nation and energy security, how it would bolster both economies, and how our two countries could find a path together on climate and environmental policy.... That's not how you treat a friend and an ally.

Most pointedly, he's called out Trudeau's handling of the whole affair, and couching it not in the language of lazy partisanship we're so familiar with, but in the language of patriotism and duty. He's challenged the PM to do his job and fight for Canada. For an example, this letter Kenney wrote to Trudeau:

By retroactively revoking the permit for this project without taking the time to discuss it with their longest standing ally, the United States is setting a deeply disturbing precedent for any future projects and collaboration between our two nations. The fact that it was a campaign promise makes it no less offensive. Our country has never surrendered our vital economic interests because a foreign government campaigned against them....

We must find a path to a reconsideration of Keystone XL within the context of a broader North American energy and climate agreement.... Should that not happen, the federal government must do more than express disappointment with the decision.... I strongly urge you to ensure that there are proportionate economic consequences in response to these unfair U.S. actions.

Kenney's appeals to Trudeau's patriotism are admirable, but unlikely to hit home. Justin is, ultimately, a post-national man, and so loath to come to blows with the new, respectable Leader of the Free world. He would, no doubt, prefer the economic boost of the pipeline as a boon to his own reputation but not having to make a tough decision which could alienate either Canadian voters or the environmentalist left might be good enough for him. It's certainly in character.