Ethanol for Cows, not Cars 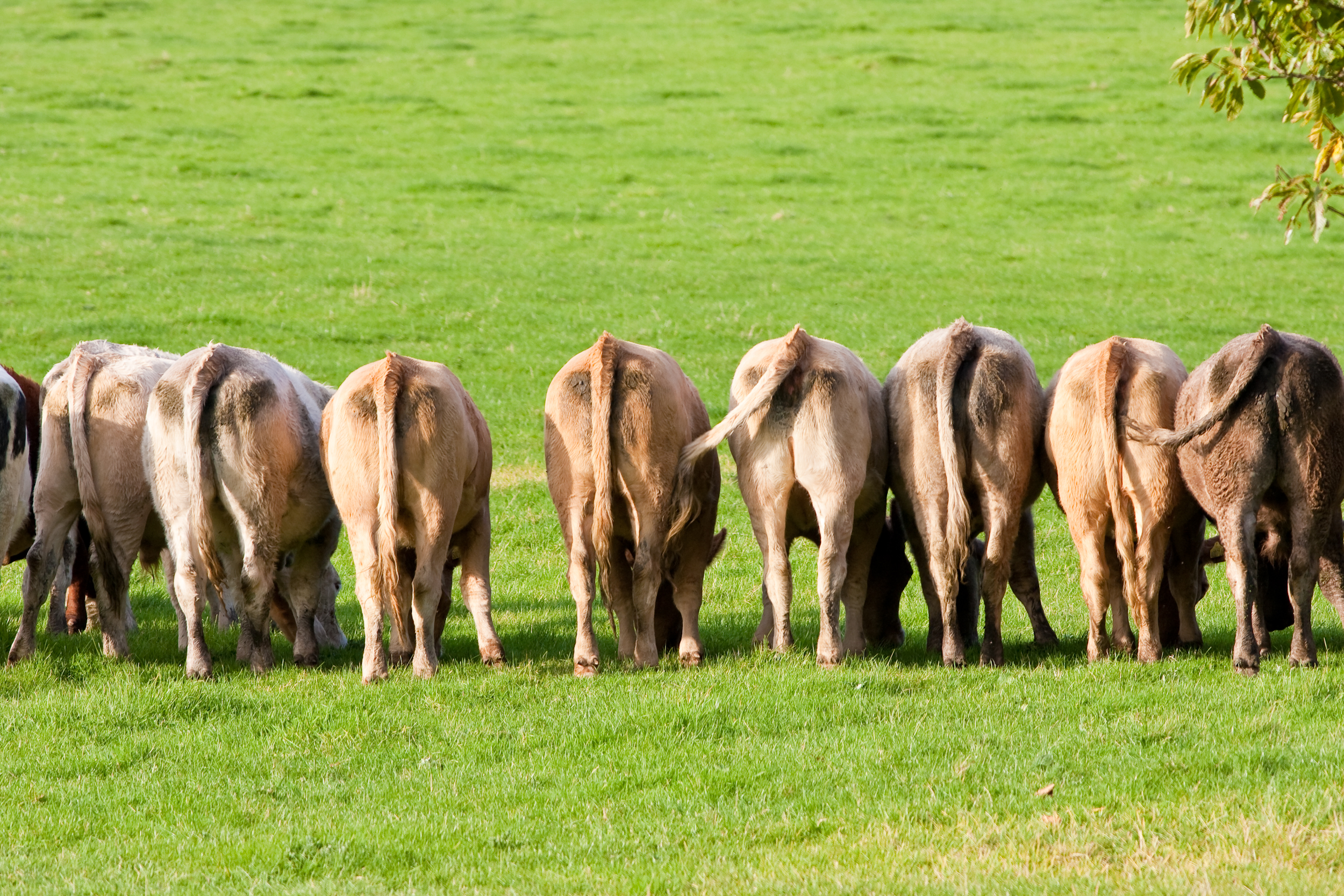 Doing what they do best.

How's this for a headline?

Corn-based ethanol, which for years has been mixed in huge quantities into gasoline sold at U.S. pumps, is likely a much bigger contributor to global warming than straight gasoline, according to a study published Monday. The study, published in the Proceedings of the National Academy of Sciences, contradicts previous research commissioned by the U.S. Department of Agriculture (USDA) showing ethanol and other biofuels to be relatively green....

“Corn ethanol is not a climate-friendly fuel,” said Dr. Tyler Lark, assistant scientist at University of Wisconsin-Madison Center for Sustainability and the Global Environment and lead author of the study. The research... found that ethanol is likely at least 24% more carbon-intensive than gasoline due to emissions resulting from land use changes to grow corn, along with processing and combustion.

Of course, as the piece helpfully reminds us, the U.S. Renewable Fuel Standard mandates that our oil refiners blend roughly fifteen billion gallons of corn-based ethanol into our gasoline per year, ostensibly for the sake of combatting carbon dioxide initiated "anthropogenic climate change." It turns out that, in the nearly two decades it has been in place, the Renewable Fuel Standard has actually increased the amount of carbon in the atmosphere!

Now, this story will have a familiar ring to it for regular readers of The Pipeline. Over the past two years we've covered the environmental (as well as the economic) costs of electric vehicles, solar panels, wind farms, biomass and other passions of the environmentalist left. Every item of that list has downsides that either mitigate or obliterate their supposed environmental benefits.

But that isn't to call them failures. That would be to assume that saving the environment was their main purpose. To be sure, there are sincere environmentalists. But for the men and women running the show, the environmentalist movement is an investment. Its monetary returns -- driven by cronyist mandates such as the Renewable Fuel Standard and massive "green energy" subsides -- are enormous. And then there's the cultural capital they accrue for the time and effort they put into saving the world from "climate change."

As studies like the one above show, the environment would be better off without them.