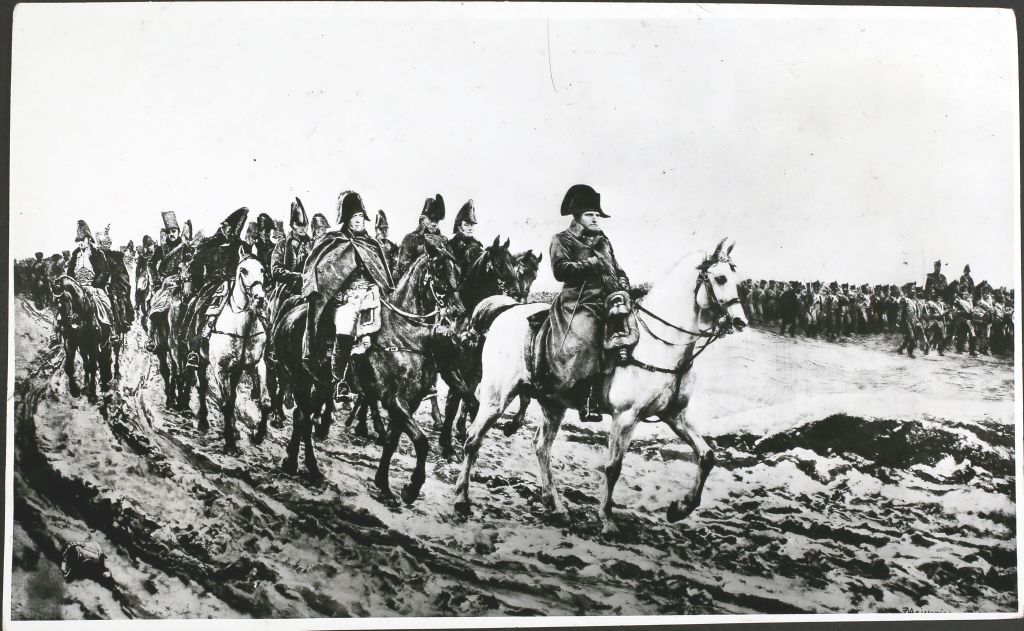 What has the Ukraine got to do with us?

Otto von Bismarck, Germany's Iron Chancellor and the man who united most of the German states into a unified Second Reich in the second half of the 19th century, once famously observed that Der ganze Balkan ist nicht die gesunden Knochen eines einzigen pommerschen Grenadiers wert. "The entire Balkans aren't worth the sound bones of a single Pomeranian grenadier." The joke being that a) the Balkans had always been an intractable mess and always would be, b) Pomerania itself had a long history of being conquered and reconquered by Prussians, Poles, Lithuanians, and Swedes, and Pomeranians were regarded as lousy soldiers, and c) a Pomeranian is a breed of small yipping dog.

Bismarck was right about the Balkans, but he might as well have been speaking of the Ukraine, a troubled land (its name means "borderland"), oft-conquered, rarely independent, generally restive, and almost always miserable. Like the Kurds, the Ukrainians are for reasons of geography basically a people without a country, long dominated by Russia both in its czarist and Soviet incarnations; indeed, Russians regard the Ukrainian capital of Kiev as an essential part of the Motherland, celebrated in both architecture and music by Viktor Hartmann and Modest Mussorgsky:

The Ukraine won its independence after the collapse of the Soviet empire in 1991. As part of the deal, the Ukrainians were persuaded/coerced by Bill Clinton and Boris Yeltsin, among other signatories to the Budapest Memorandum of 1994, to surrender the nuclear weapons stationed on their soil. The key point for Russia was that the Ukraine, as a buffer state between itself and the West, should never be allowed to threaten the Russian homeland. The Russians, with their tenuous hold on a vast continental empire, the biggest nation on Earth, have long memories of foreign (particularly Teutonic) invasions that stretch well before Napoleon won his pyrrhic victory at Borodino and then had to retreat from a burning Moscow, destroying the Grande Armée. The idea was that Russia wouldn't threaten its former Warsaw Pact states and in return NATO wouldn't edge up to Russia's borders. 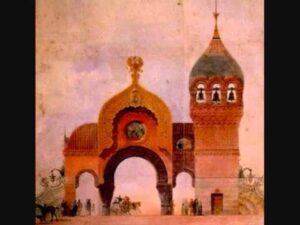 You say Kyiv, they say Kiev.

The West, of course, welshed on the deal, and has gradually been impressing other satellite countries near Russia's western border into the service of a now-explicitly anti-Russian (as opposed to anti-Soviet) North Atlantic Treaty Organization: Albania and Croatia in 2009 and, more recently, the military powerhouses of Montenegro and North Macedonia. More are likely on their way, including Finland and Sweden, historically both enemies of Russia. The Ukraine clearly wishes to join NATO as well, especially latterly, under its president Vladimir Zelensky—but at the moment is prevented from doing so by among other things a law passed under its own former government in 2010.

The biggest cheerleaders for the Ukraine in the current war have turned out to be, surprise, Joe Biden and his always-wrong, America Last foreign policy establishment, headed by secretary of state Anthony Blinken, a retread from both the Clinton and Obama administrations. Biden and his noxious family have long used the Ukraine—the most corrupt country in Europe—as their personal piggybank and money laundromat, and in the recent past he has openly boasted about his ability to legally blackmail Ukrainian officials into doing his bidding. His word as a Biden!

But then, why wouldn't he? As a bloviating senator of nearly half a century, Biden is thoroughly accustomed to never being held responsible for a single thing he says. He's dined out on the death of his wife and daughter in a car accident for 50 years, blithely accusing the other driver of being drunk, which he wasn't, among the many, many other malicious lies he's told. He casually slandered good men like Robert Bork and Clarence Thomas and never lost a moment of sleep over his scurrilous remarks. Biden is emblematic of our parlous politics, the worm in the rotten apple who has finally made his journey from the calyx to the pedicel and emerged into the sunlight, a doddering old fool, vacant-eyed (except when animated by hatred), slack-jawed, wandering aimlessly in search of another hand to shake or another pocket to pick, which as a lifelong politician is all he knows how to do.

Now, however, he's actually dangerous; presidential pronouncements have consequences. The definition of Irish Alzheimer's—you only remember the grudges—fits him to a T. In his Fredo brain, never very impressive to begin with, he's focusing his animus on Russia because that's the country that most threatens to bring the whole Biden house of cards down around his head. He knows that even the Praetorian Media, which throttles bad news (especially about the louche Hunter, of which there is a seemingly endless supply) in its cradle, won't be able to protect him forever, that he's got two years before his improbable and wholly regrettable presidency is over, and that his choleric chickens will eventually come home to roost.

And so, with Vladimir Putin calling up the reserves to bolster his faltering invasion (or reclamation) of at least parts of the Ukraine, Biden and his brain trust are turning the conflict into a proxy war between the U.S. and the former U.S.S.R. Never mind that the American military has finally reached the limits of its tolerance, and is cracking under the stress of wokism being imposed upon it from above. It's in no position to fight even a proxy war, much less engage in a nuclear exchange with Russia, but that's exactly where this is heading if the president doesn't stop recklessly shooting off his mouth:

It would help if the castrati in Congress would at least pretend to try and rein Biden in, but under the "leadership" of a malign Chuck Schumer and a rapacious minority leader, Mitch McConnell, not to mention the superannuated, bibulous speaker of the House, Nancy Pelosi, the first branch of government has taken its lead from the second branch under Biden and is only in it for the money, of which it plans to take all it can get. Declare war? Restrain the powers of the presidency? Stop the march of the spending bills? Surely you jest: don't you know there's still a Covid emergency on, no matter what the man behind the prompter says?

In the meantime, billions and billions of freshly printed greenbacks flow to the Ukraine, where Zelensky conducts a photo-op war that, strangely, never includes any first-hand footage from the front by the American news media. Then again, media mopes are even lazier than Congresscritters, so if they don't see it on Twitter or TikTok, it's not news. They're all Taylor Lorenz now, and they don't care who knows it, as long as their bosses don't find out. 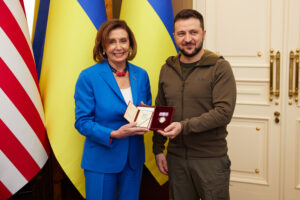 Putin is a man who has watched his country shot out from underneath him, the Soviet sphere of influence dramatically reduced, NATO encroaching across his western frontier, his country's birth rate falling, and the once-vaunted Red Army apparently taking a licking from Ukrainians armed by a consort of nations that includes Great Britain and the old "principal enemy,: the U.S.A. So it's well to remember that Russians are used to being pushed to the last extremity before ferociously snapping back and eviscerating their tormentors, whatever the cost to them.

In 1410 the Teutonic Knights were annihilated by a combined Polish-Lithuanian force at the battle of Tannenberg, in the same part of Prussia as Pomerania. In 1943, the Wehrmacht's frozen Sixth Army surrendered to the Soviets at Stalingrad. And in the awful winter of 1812, Napoleon's dreams of total European conquest died in the snows of Eastern Europe as well. It's a bad neighborhood filled with guys a lot tougher than Joe Biden and Tony Blinken. The Ukraine-Russia war is not our fight, and isn't worth the strong bones of a single American soldier or civilian. Let's hope they—and we—don't have to learn that the hard way. Just ask Napoleon.

15 comments on “THE COLUMN: 'Not Worth the Bones of a Single Grenadier'”