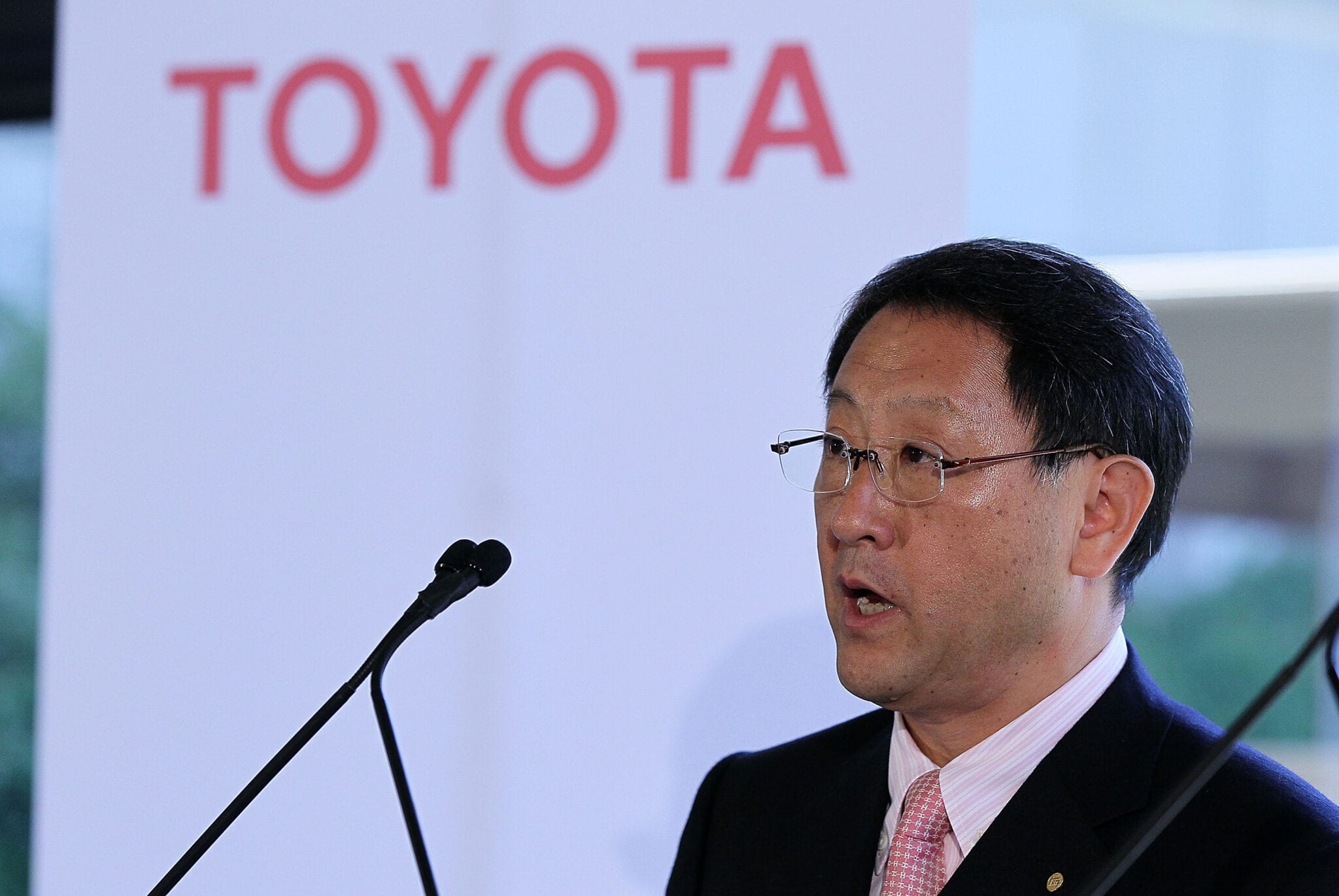 The Observer reports on some very striking comments by Toyota Motor Corporation president Akio Toyoda, on the topic of Electric Vehicles. EVs are hot right now, with the automotive industry investing heavily in them, and governments throughout the world (prominently, as The Observer mentions, those of Great Britain and California) looking to aid their development by banning the sale of gasoline and diesel engines in the not-too-distant future.

But Mr. Toyoda is not convinced that they are the answer. At a recent press conference, he pointed out a few problems with the projected shift to EVs. First, he claimed that “the current business model of the car industry is going to collapse" if the industry shifts to EVs too quickly. No word on whether he thinks that the oft-discussed 10-15 year timeline put forward by activists in and out of government falls into that category, but it wouldn't be surprising if that is exactly what he had in mind.

Next, he pointed out that "Japan [for one] would run out of electricity in the summer if all cars were running on electric power." There just isn't enough electricity to go around, especially with battery technology being what it is. He estimated that "the infrastructure needed to support a 100 percent EV fleet would cost Japan between 14 trillion and 37 trillion yen ($135 billion to $358 billion)," a hefty percentage of GDP for a famously stagnant economy like Japan's.

Worth noting that it is a lot cheaper to generate the electricity a given vehicle needs on site -- that is, within the vehicle itself, as a gasoline powered combustion engine does -- than producing it elsewhere and transporting to the car.

And, following up on that point, he called attention to the fact that "most of the country’s electricity is generated by burning coal and natural gas, anyway," so the stated goal of leaving fossil fuels behind by shifting to EVs isn't going to happen. In his words:

The more EVs we build, the worse carbon dioxide gets… When politicians are out there saying, ‘Let’s get rid of all cars using gasoline,’ do they understand this?

Unfortunately the answer to that question is probably "No," both for the politicians and the propagandists in the media.

2 comments on “Toyota Chief on Electric Cars: Slow Down!”