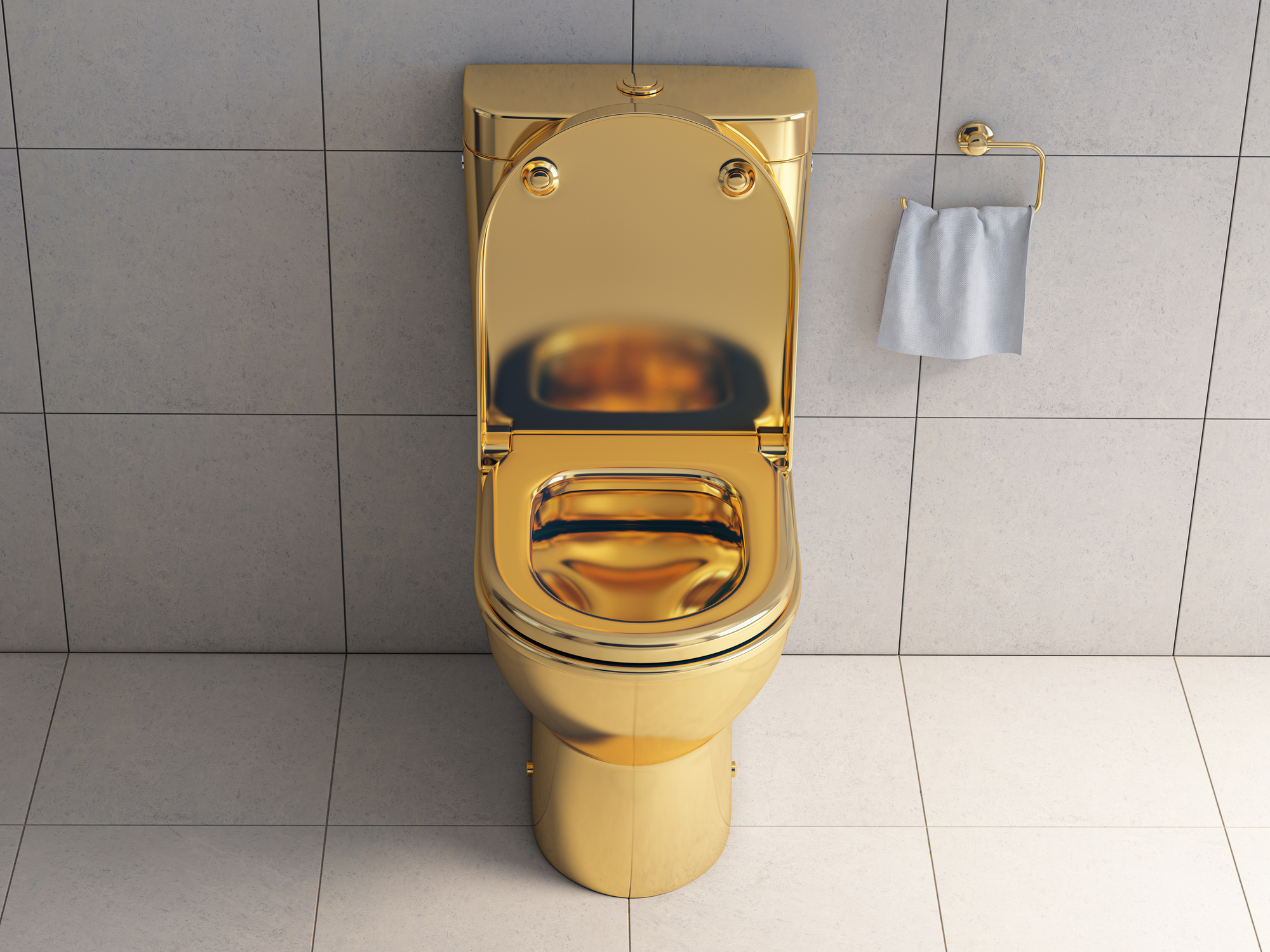 They don't call it the Golden State for nothing.

Late last week came news that even California progressives recognized as a sign of peak nonsense in the Golden State’s gold-plated misgovernment: San Francisco was beginning the planning process to build a single-toilet public restroom at a cost of... $1.7 million. Even Gov. Gavin Newsom, embarrassed by the publicity for this absurdity, has demanded the state funding be revoked. The toilet debacle is routine in today’s California, where in urban areas it now costs over $1 million to build an apartment unit, if you can get a building permit at all.

But all of these egregious examples of misgovernment pale before the greatest flushing of taxpayer cash of all time: California’s high-speed rail line from Los Angeles to the Bay Area. After years of cheerleading from former governor and perpetual public employee Jerry Brown among others, the proposal to link California’s two major metropolitan areas with high-speed rail was finally launched in 2008 with a ballot initiative providing an initial $9.9 billion in bonds for the project that ludicrously claimed would only cost around $33 billion to complete.

No one under the age of reason believed that cost estimate, for the simple reason that virtually every rail transit project in America over the last 50 years has typically cost at least twice initial estimates, with ridership levels often less than half of forecast while operating costs inevitably balloon. Yet somehow the rail-consultant-engineering complex proceeds from boondoggle to boondoggle without embarrassment or consequence.

By 2012 the estimated cost of the project had doubled, and suddenly the “bullet” train that initially promised to whisk people between L.A. and the Bay Area at 220 miles per hour would be slowed down to an average speed closer to 150 miles an hour, as the route would employ some conventional tracking to save costs. And because of local opposition especially in the Bay Area that produced the predictable environmental lawsuits, the route began construction of a tiny portion of the line in a sparsely settled portion of the central valley, with the final route through geologically and seismically challenging mountains at both ends to be determined later. Meanwhile, ticket prices initially promised at $50 would now be about $125.

Now flash forward another decade, and the cost has nearly doubled again, to $113 billion—if the project is ever completed at all, which is now unlikely. It has become such a conspicuous disaster that even the New York Times finally took notice, with a long feature article recently about how California’s high-speed but low-intelligence project “went off the rails” and became “a nightmare.” The most shocking part of the Times takedown was not its recounting of the soaring costs, the appalling bureaucracy, and the petty corruption—facts that have been well known and widely reported in California from the beginning—but the comments of experienced foreign high-speed rail operators from Japan and France, who pulled out of collaborating with California early when it became obvious that the project was going to be comically inept:

“There were so many things that went wrong,” Mr. [SNCF’s Dan] McNamara said. “SNCF was very angry. They told the state they were leaving for North Africa [in 2011], which was less politically dysfunctional. They went to Morocco and helped them build a rail system.” Morocco’s bullet train started service in 2018.

You know things have reached peak absurdity when North African countries are more functional than California. Even if the medium-speed rail line could be completed at a reasonable cost, it was never a sensible idea in the first place, at any price.

The left’s fixation with rail transit in general, and high-speed rail in particular, is puzzling. Why a creed that purports to be future-oriented and about “progress” embraces a 19th century technology for 21st century mobility needs—whether intra-urban or intercity—tells us a lot about how progressive ideology consistently trumps facts. Progressives who envy the high-speed rail projects in Japan and Europe ignore one crucial fact about those systems (beyond their heavy ongoing subsidies): they are geographically compact nations with much higher population densities, making rail travel more convenient and cost-effective than air travel in most cases. 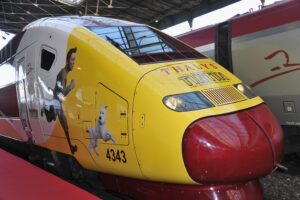 France is the same size as Texas, and most of its intercity high-speed rail lines are much shorter than the LA-SF trip would be. Japan as a long high-speed line that takes 13 hours from Tokyo to Fukuoka, but unlike California’s line stops along the way at several large population centers, with short-distance riders accounting for most of its passenger traffic.

Even if California’s rail line traveled at 220 miles per hour for its entire route, it would still be much quicker and cheaper to fly from the Southland to the Bay Area. Amtrak’s Acela corridor in the northeast is the only rail route in America than competes effectively with air travel, as the two-hour forty-five minute trip from downtown D.C. to midtown Manhattan or Wall Street is preferable to flying the airline shuttle.

But basic geography along with time-and-distance calculation are lost on dreamy Lotus Land progressives. Think only of the initial version of the “Green New Deal,” where Alexandria Ocasio-Cortez envisioned nationwide high-speed rail replacing air travel, which is as impossible as repealing gravity. Very few people are going to take high-speed rail from New York to Chicago, not to mention Los Angeles.

The left’s quest for the holy rail is ultimately of a piece with their love affair with European social democracy, with its more regimented and conformist society. It also likely reflects their hatred of the automobile and the individual autonomy it has enabled in our vast country for a century. “Getting people out of their cars” has been a deranged obsession of the left for decades, made more urgent in recent years by the left’s desire to stop Americans from listening to conservative talk radio. Rail is yet another dead-end, but it will take more than flashing warning lights from the New York Times to get progressives to wake up.