Why the Wuhan Flu Turned Violent 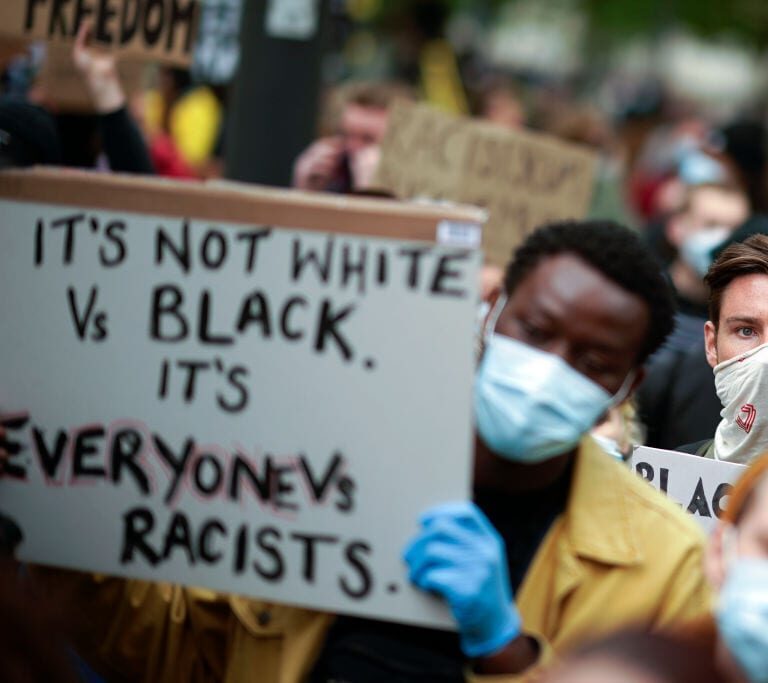 Theres a link between the virus and the protests.

After a week of violent rioting -- aka, "largely peaceful protests" -- over the death of a man nobody had ever heard of a fortnight ago, the rationale behind the continuing home imprisonment of law-abiding citizens over the phantom menace of the Wuhan Flu no longer make any sense, if it ever did. Trading the economic and social health of nations indefinitely for a variant of the seasonal flu was always a bad bargain, but now that the doctors' scheme has been revealed as purely political, it's time to stop.

The great Covid-19 pandemic was always a #NursingHomeDisease. It disproportionately struck the elderly who also had underlying health problems (comorbidities) that were exacerbated by the opportunistic Chinese bug. Let the facts be submitted to a candid world:

The Most Important Coronavirus Statistic: 42% Of U.S. Deaths Are From 0.6% Of The Population

According to an analysis that Gregg Girvan and I [Avik Roy] conducted for the Foundation for Research on Equal Opportunity, as of May 22, in the 43 states that currently report such figures, an astounding 42% of all COVID-19 deaths have taken place in nursing homes and assisted living facilities.

And 42% could be an undercount. States like New York exclude from their nursing home death tallies those who die in a hospital, even if they were originally infected in a long-term care facility. Outside of New York, more than half of all deaths from COVID-19 are of residents in long-term care facilities.

This is astounding. The Forbes piece goes on to note that in Ohio, a full 70 percent of the deaths attributed to the virus occured in nursing homes and assisted-living facilities; in Minnesota, the figure is 81 percent. Most of the damage, however, has been in the New York City metropolitan area, with tentacles as far south as Virginia and reaching north up into New England.

Another way to cut the data is to look at nursing home and assisted living facility deaths as a share of the population that lives in those facilities. On that basis, three states stand out in the negative direction: New Jersey, Massachusetts, and Connecticut.

In Massachusetts and Connecticut, COVID deaths per 10,000 nursing home and assisted living facility residents were 703 and 827, respectively. In New Jersey, nearly 10 percent of all long-term care facility residents—954 in 10,000—have died from the novel coronavirus.

The tragedy is that it didn’t have to be this way. On March 17, as the pandemic was just beginning to accelerate, Stanford epidemiologist John Ioannidis warned that “even some so-called mild or common-cold-type coronaviruses have been known for decades [to] have case fatality rates as high as 8% when they infect people in nursing homes.” Ioannidis was ignored.

Instead, of course, states such as New York deliberately forced the disease-incubating nursing homes to accept Covid-19 patients, with results we now all can see. Combine this with the deliberate cruelty of restricting access to the dying, and you have a hell on earth that only a Democrat could have created.

The bogus excuse for the lockdowns, now strikingly apparent in retrospect, was that we didn't want hospitals overwhelmed with the millions of patients and half a million deaths in Britain alone that "experts" like Professor Pantsdown of the Imperial College in London had predicted.  Nor did we see the deaths linked to "climate change" and air pollution that Harvard experts were forced to walk back. No wonder Dr. Fauci barely shows his face any more.

In short, nearly everything they told us about the second coming of the Black Death turned out to be wrong. And for this, our betters ravaged the economies of the West, bullied the honest citizenry, and suspended the Bill of Rights -- and then when the riots came, excused them on the non-medical grounds that "racism" (a neologism in common usage only since about 1970) is a worse health threat than, well, Covid-19. [What follows is not a parody.]

There has been a lot of concern on how the protests over the past several days may produce a wave of coronavirus cases. This discussion is often framed as though the pandemic and protests in support of black lives are wholly separate issues, and tackling one requires neglecting the other. But some public health experts are pushing people to understand the deep connection between the two.

Facing a slew of media requests asking about how protests might be a risk for COVID-19 transmission, a group of infectious disease experts at the University of Washington, with input from other colleagues, drafted a collective response. In an open letter published Sunday, they write that “protests against systemic racism, which fosters the disproportionate burden of COVID-19 on Black communities and also perpetuates police violence, must be supported.”

This is pure neo-Marxist bunkum, of course, a collectivist bit of agitprop that might have come from the Soviet Union in the 1970s. Indeed, the hive mind behind this tripe argue that the protesters are actually performing a public service by their selfless willingness to act as guinea pigs who can test the limits of the unconstitutional lockdowns for the greater good.

The letter and the experts who signed it make a case for viewing the protests not primarily as something that could add to cases of coronavirus (though they might) but as a tool to promote public health in and of themselves. Protests address “the paramount public health problem of pervasive racism,” the letter notes. “We express solidarity and gratitude toward demonstrators who have already taken on enormous personal risk to advocate for their own health, the health of their communities, and the public health of the United States.”

The real reason, though, is propaganda, as this Slate story eventually gets around to admitting:

By Tuesday afternoon, more than 1,000 epidemiologists, doctors, social workers, medical students, and other health experts had signed the letter. The creators had to close a Google Sheet with signatures to the public after alt-right messages popped up, but they plan to publish a final list soon, says Rachel Bender Ignacio, an infectious disease specialist and one of the letter’s creators. The hopes for the letter are twofold. The first goal is to help public health workers formulate anti-racist responses to media questions about the health implications. The second is to generate press to address a general public that may be concerned about protests spreading the virus.

There is a linkage between the coronavirus hoax and the riots -- it's just not what they say it is. From the moment Hillary Clinton lost the 2016 presidential election, the Left has been determined to destroy not only the Trump presidency but also the very country that allowed such an enormity to occur. They -- the DNC, the big media, academe -- have thrown everything they have into the fight, and that they have now turned to outright violence in its late stages ought to tell you something, both about the "resistance's" history, and the future it has planned for you.

3 comments on “Why the Wuhan Flu Turned Violent”