Physician, Heal the Sick -- Not the World 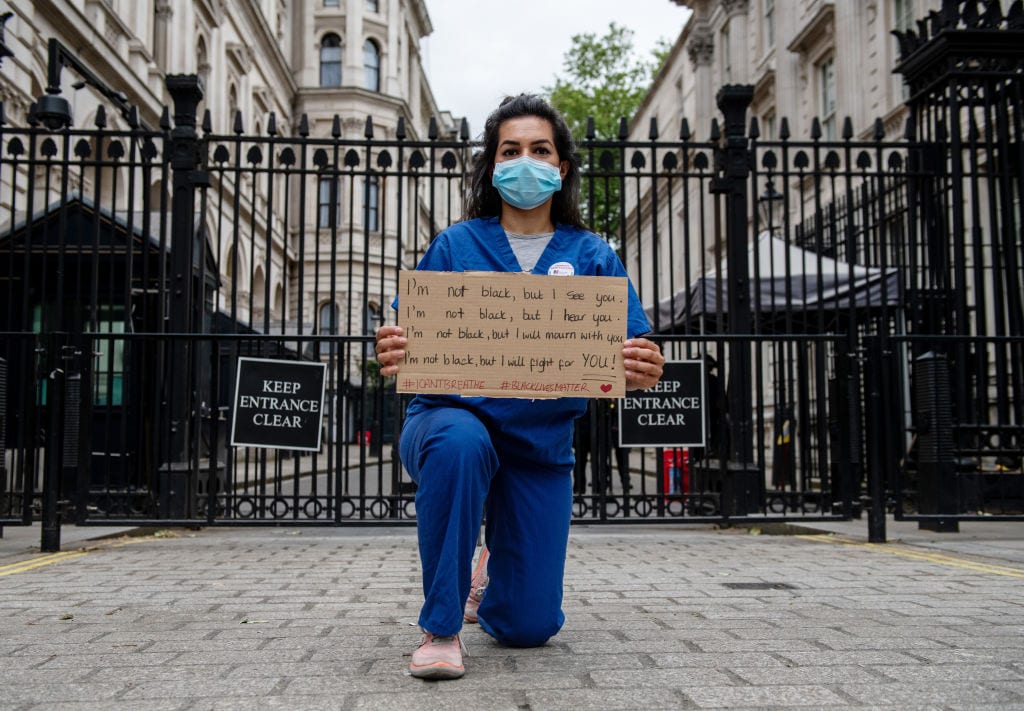 Lockdowns for thee, but not for them.

In the last few days the world has been given a series of privileged insights into the difference between the scientific mind and the minds of scientists. The first insight was freely provided by a group of 1,200 medical professionals (many connected with the University of Washington’s Division of Allergy and Infectious Diseases) who had previously supported enforcement of the lockdown to prevent the spread of the Covid-19 virus.

According to a laudatory CNN report they had now discovered a legitimate exception to its regulations. If you wanted to join the protest demonstration on behalf of Black Lives Matter, they strongly urged you to do so. Indeed, it seems from the letter that they would shortly be joining protests themselves.

It sounds like an excerpt from the plot of a James Bond movie in which a Bond super-villain recruits “top scientists” to spread a deadly virus that would decimate the ranks of “woke” radicals who might otherwise obstruct his plans for world domination and one million dollars. As it happens, the plot of On Her Majesty’s Secret Service is eerily similar to it.

And though spreading the Covid-19 virus is not the intention of the 1,200 medics, it’s a risk a risk they are plainly prepared to take. They say as much when they present a narrative that prioritizes opposition to racism over public health, “including the epidemic response,” on the grounds that “racism” is the greater threat to public health.

This is starting to become a familiar claim. As I argued in a recent article, there’s a growing tendency among doctors and other professions to expand their professional role into a political one. The high priest of this tendency is the editor of the Lancet, Richard Horton:

He argues that doctors as doctors have a professional obligation to become political activists and to engage in civil disobedience when they think that a political issue has bad medical consequences for their patients—or indeed for any doctor’s patients. His editorials have made The Lancet notorious for the range of topics, including directly political topics—inequality, for instance, or Iraq war casualties -- which they pronounce to be medical issues for which they have their favorite prescriptions ready.

The weakness of this claim—a disabling weakness--is that while doctors may be experts in combating epidemics, they are no more expert at combating racism than the Man on the Clapham Omnibus. The BLM protests, with their accompanying riots, are at least as likely to be exacerbating racist feelings on both sides of the barricades as of ameliorating them. Nonetheless, some doctors follow Horton’s example and fall easily into the habit of thinking that because they know what’s best for us on matters from coughs to cancer, they know best for us in a more general sense. And when they issue their political prescriptions, they are drawing not on their medical training, but on their political opinions and nourishing the authoritarian temptation in doing so.

One doctor, Justine T Lee MD, made that very clear in a tweet when she responded to someone who had pointed out the inconsistency of forbidding patients to break the lockdown for social reasons while allowing it to attend a protest: "Thanks, I hear you. Well the second wave is coming regardless, and I assure you I’d much rather care for COVID pts who were fighting for a cause after 400 yrs of systemic oppression, than for patients who were out protesting for haircuts + brunch." Further:

True. Although the last portion of this Slate article sums it up, that we should realistically expect the 2nd wave. I’d rather care for COVID pts who were fighting for a cause after 400 yrs of systemic oppression, than patients who out protesting for haircuts and brunch. pic.twitter.com/RilsU1PEz9

Well, I hear Dr. Lee too—at least I think so. If she’s saying that trying to prevent a  second wave of Covid-19 infections is futile and therefore a serious reason for breaking the lockdown justifies the slight extra risk of doing so, she has the germ of a respectable argument. But she loads the dice when she cites “haircuts and brunch” as bad reasons. What if the reason is saying goodbye to a dying relative? Most people would think that more important than attending even a protest guaranteed to be peaceful. And if she thinks that the extra risk of infection is a large one, why does she favor exposing to it those people whom she believes to be inspired by a high and idealistic social morality?

Don’t get me wrong. I have no doubt that if I were Dr. Lee’s patient, she would give me the best of care and advice despite my retrograde political views. But when she turns to the universe of patients out there, her judgment is quite as likely to be influenced by her political passions as is my own. And the judgment of Richard Horton and The Lancet is no less subject to the same distorting bias.

Indeed, an example has come to light in the same week as the 1,200 medics signed their manifesto asserting in effect that attending the Black Lives Matter protests would improve public health. Two distinguished medical journals—The Lancet and the New England Journal of Medicine—retracted two articles which had suggested that the drugs chloroquine and hydroxychloroquine were “not associated with improved outcomes for patients” suffering from the Covid-19 virus.

The retraction was made at the request of the authors of one of the studies when they discovered that the underlying data on which they relied, supplied by a company, was not in fact reliable. That was important news because The Lancet’s study went so far as to argue that, in the dry tones of medical journalism, use of the drugs “also corresponded to higher mortality.” That in turn had led to the cancellation of other global tests of the drugs, perhaps delaying a valuable treatment for Covid-19 patients and causing loss of life.

Or perhaps not. We have a mystery on our hands, and there will now be a serious investigation into what went wrong and who is to blame.  But the political background to this—namely, that President Trump has urged doctors to consider these drugs as cures and that his opponents have poured scorn on him for doing so—is relevant. Many people have desperately wanted to proof that these drugs would not cure Covid-19 and might harm those patients who tried it.

Did that lead to deliberate fraud by someone? Obviously not the authors of the study who themselves exposed its fragility. Or was the desire to see the drugs discredited so strong for political reasons that it made its reviewers and the Lancet’s editors less skeptical than they should have been? And what does that say about the value of scientific peer review when passions run high?

These questions go well beyond medical science since as Horton himself has argued in relationship to climate change policy:

To which we should respond: Well, shouldn’t science be “empty of passion, devoid of campaigning, and disengaged from politics”? Most of us would say yes. And if there’s a large second wave of infections in the cities that have hosted the protests and demonstrations, most people will say it louder. Most doctors too.

3 comments on “Physician, Heal the Sick -- Not the World”