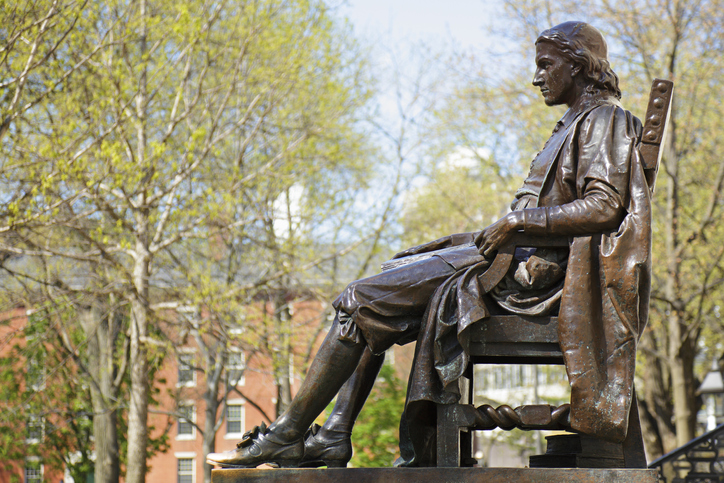 Nobody knows nothin' -- not even Harvard:

Harvard researchers publicly walked back Monday a key finding in a highly touted but hotly contested paper linking air pollution exposure to deaths from the novel coronavirus, slashing the estimated mortality rate in half.

The preliminary study by researchers at the Harvard T.H. Chan School of Public Health made a splash when the results were announced April 7 in The New York Times, prompting alarm on the left as Democrats sought to connect COVID-19 deaths to the Trump administration’s regulatory pushback.

[What the story means to say is that Left pretended to be alarmed but instead was delighted with the findings, which it saw as helping them attack Orange Man Bad.]

A few weeks later, however, its researchers quietly backtracked from their finding that people who live for decades in areas with slightly more particulate matter in the air are 15% more likely to die from the coronavirus, lowering the figure to 8%. The press release was revised Monday.

The revision came after weeks of criticism over the study’s modeling and analysis. Tony Cox, a University of Colorado Denver mathematics professor and chairman of the Environmental Protection Agency’s Clean Air Scientific Advisory Committee, said the model used to derive the 8% figure had “no basis in reality.”

Whoops! Here's how the scam worked:

“The model has not been validated and its assumptions are unrealistic,” said Mr. Cox, who heads the advanced analytics consulting firm Cox Associates. “In layman’s terms, it assumes an unrealistic effect of fine particulate matter on deaths, and then with that assumption built into the model, it uses data to estimate how big that unrealistic effect is. They’re making an assumption that has no basis in reality.”

As anyone who's ever dealt with "models" knows, assumptions are built into them. The assumptions could be correct, or they could be utterly wrong. But unless those considering the results understand the assumptions, they can't properly validate the data. As the old saying goes, when you assume something, you make an ass out of u and me.

The initial results have been trumpeted by Democrats as fresh evidence of the health risk posed by fossil fuels, given that the fine particulate air pollution, or PM2.5, examined in the study is generated “largely from fuel combustion from cars, refineries, and power plants,” according to the Harvard release. Eight Democratic senators fired off a letter to the EPA warning that its pushback on the Obama administration’s climate agenda could “potentially increase the COVID-19 death toll and hospitalizations,” while the Joseph R. Biden presidential campaign touted the study on a press call with The Washington Post.

One comment on “Harvard 'Experts' Walk Back Covid-19 Claims”