When the Great 'Reset' is Really Overload 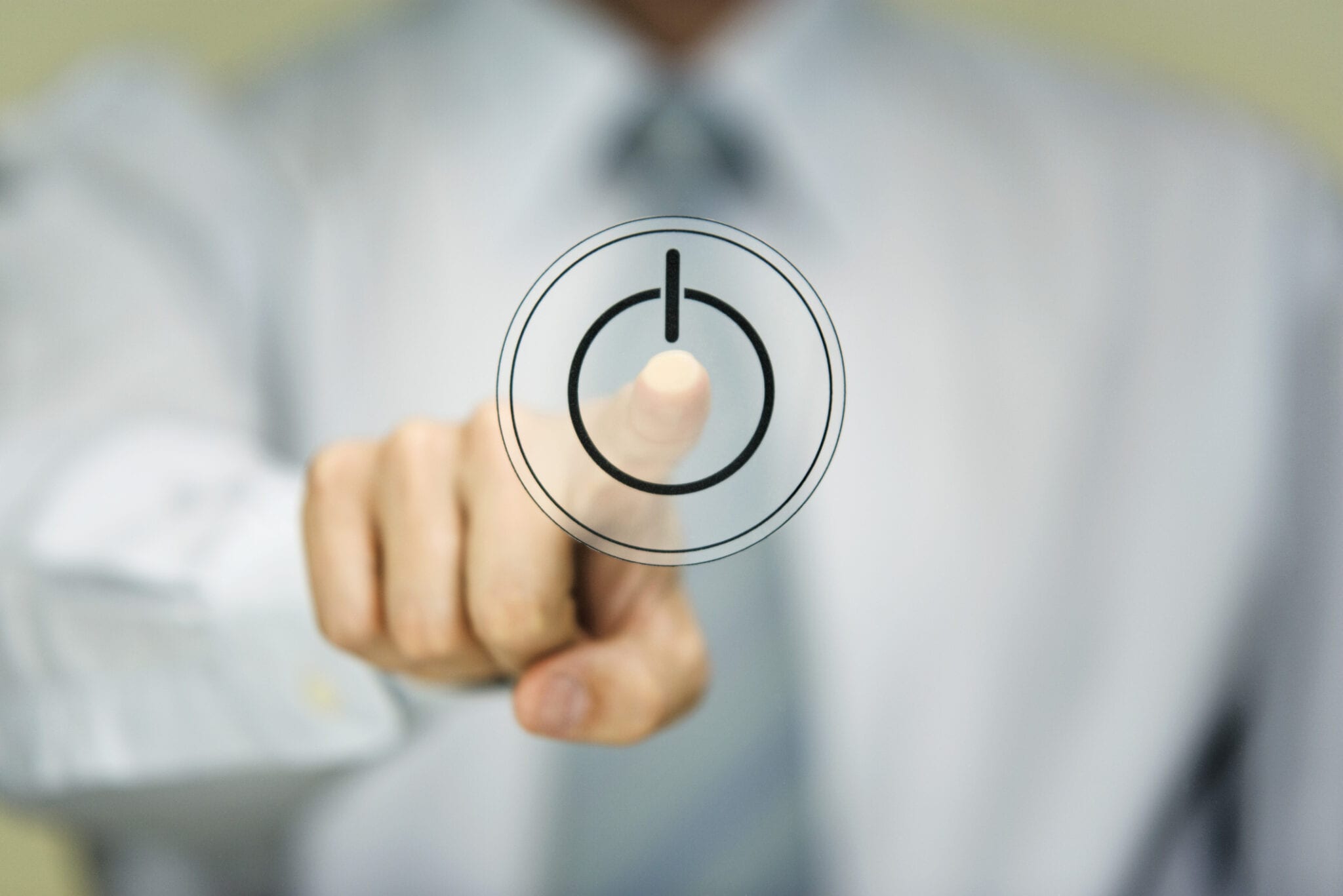 Power off, power on, and we're just along for the ride.

It was a humiliating debut for Hillary Clinton. The then-new Secretary of State met with Russian foreign minister Sergey Lavrov and presented him with a button activated switch with a Russian caption which she thought meant “reset” but was actually “overload.”

The Western world was beset with the turmoil and economic loss due to globalization that had sent jobs to lower-cost-labor countries; meanwhile, in China, a weaponized new strain of the flu was brewing in a Wuhan laboratory. Released near the end of 2018, it has caused a global panic, its death toll overhyped by international experts and a scaremongering media.

Now we're being offered yet more of the same global nonsense in the form of something called The Great Reset. It’s overload, and I don’t think we will or should buy it. 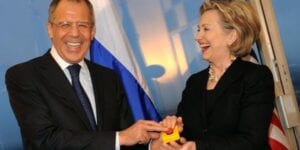 How do you say "Oops" in Russian?

The World Economic Forum advances a witless new idea. What, you might ask, is this outfit? It describes itself as “the International Organization for Public-Private Cooperation”. It annually hosts the global elite annual meeting in Davod, Switzerland to discuss global issues and put their soi-disant collective genius to the task of improving the world while residing and eating in the most luxurious way.

In my younger years I might have found this a good idea. with advanced age it reminds me of Benito Mussolini’s corporatism. "Fascism should more appropriately be called corporatism because it is a merger of state and corporate power." However egalitarian you phrase it, it ends up as a means of making your friends rich with public revenue and advantages and using the power of the state to smash their competitors while increasing your own powers..

This year’s meeting of 3,000 ran the gamut from heads of state to movie stars and  the Swedish adolescent Cassandra Greta Thunberg, the founder of the Chinese technology firm Huawei, and George Soros. Great numbers of those participating arrived there on private planes while yammering about sustainability and getting us to reduce our carbon emissions. The comparison to medieval sumptuary laws comes to my mind.

In the year just ended, its agenda was more grandiose, perhaps fueled by all that lobster and champagne: "The Great Reset" project, a five-point plan concerned with enhancing sustainable economic growth following the global recession caused by the COVID-19 pandemic lockdowns. The Great Reset will be the theme of WEF's Annual Meeting in January 2021.

You have only to read the plans for the Great Reset set forth by Klaus Schwab, its executive Chairman, to see its flaws and dangers. (Of course, some knowledge of world history wouldn’t hurt either.) He begins with the economic and human cost of Covid-19, a loss to my mind occasioned more by government mismanagement and lockdowns than the virus itself.

And he leaps from that to a claim that “All of this will exacerbate the climate and social crises that were already underway.” That seems debatable. If the lockdowns reduced travel as they certainly did, CO2 emissions which to these same people are changing the climate should be way down. And every study I’ve seen says that is the case. 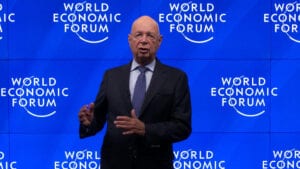 So how does Schwab  find it otherwise? “Some countries have used the Covid-19 crisis as an excuse to weaken environmental protections and enforcement, and frustrations over social ills like rising inequality -- US billionaires’ combined wealth has increased during the crisis--are intensifying”

But he neglects to note that in the U.S. the billionaires got richer, not by predation but by government fiats which forced the shutdown of small businesses and forced consumers to use big marketers like Amazon, Walmart and Costco. Left to their own best judgment consumers might well have preferred shopping at smaller stores with less possibility for transmission. Left to their own devices, restaurants, bars and smaller shops would have remained open and the owners not bankrupted or their workers unemployed. See the brain twist here? The various governments created the inequality and these are the same powers that Schwab thinks will better address inequality than we can.

But Herr Schwab is a Big Thinker with a plan:

First, steer the market toward fairer outcomes by improving “coordination, upgrade trade arrangements, and create the conditions for a ‘stakeholder economy.’  There’s a lot of flowery language in this but there are some specifics "changes to wealth taxes the withdrawal of fossil-fuel subsidies and new rules governing intellectual property trade and competition.”

In English this means the Western world -- particularly the U.S. -- would be subject to higher taxes, more expensive energy and labor costs for the western world. In refutation, I note it is the U.S. which has to date had enough surplus capital to beat Europe and China in environmental protection through technological improvements. The United States is a world leader in protecting the environment and reducing greenhouse gas emissions. From 2005 to 2018, total U.S. energy-related CO2 emissions fell by 12 percent. In contrast, global energy-related emissions increased nearly 24 percent from 2005 to 2018. It's capital that makes the difference, not high-blown chatter.

Second, baffle them with word salad, e.g. “ensure that investments advance shared goals, such as equality and sustainability." He explains for the befuddled, "building green urban infrastructure and creating incentives for industries to improve their track record on environmental, social and governance (ESG) metrics.” He has it backwards, I think.

Well run corporations producing goods and services consumers want  create jobs and capital surpluses available to clean the environment and lift all boats. Using such idiocies as requiring diverse management instead of the best, most competent management does not. I note, for example, the worst environmental depredations have been in socialist countries.  The least protection for the health of workers also occurs there.

But Schwab has more: he would “harness the innovations of the Fourth Industrial Revolution to support the public good, especially by addressing health and social challenges.”

I would remind Schwab that the vaccines to prevent Covid-19 were produced in the U.S. -- not in Europe or Russia or China -- and by private corporations which achieved this in record time by substantial infusions of tax revenues made possible by our free market system.

Some people think the Great Reset is but a cover for a conspiracy to bring about a New World Order.  I don’t know that it’s a conspiracy, just more of the same globalists’ dream, actually not far removed from a standard European mindset that experts should call the shots and that a complex society can be ruled top down by these geniuses instead of by millions of people making their own independent choices. With the experiences of  the Imperial College’s  phony, inaccurate projections on Covid-19, Dr. Fauci’s unscientific and conflicting proscriptions, the clear political agenda of the CDC , the economic devastation caused by governors like Whitmer and Newsom, I don’t think we’re in the mood to buy this Schwab brand of baloney.
Clarice Feldman is a retired attorney living in Washington, D.C. During her legal career she represented the late labor leader Joseph ("Jock") Yablonski and the reform mine workers against Tony Boyle. She served as an attorney with the Department of Justice Office of Special Investigations, in which role she prosecuted those who aided the Nazis in World War II. She has written for The Weekly Standard and is a regular contributor to American Thinker.

One comment on “When the Great 'Reset' is Really Overload”