'I've Really Put You Through a Lot, Haven't I?' 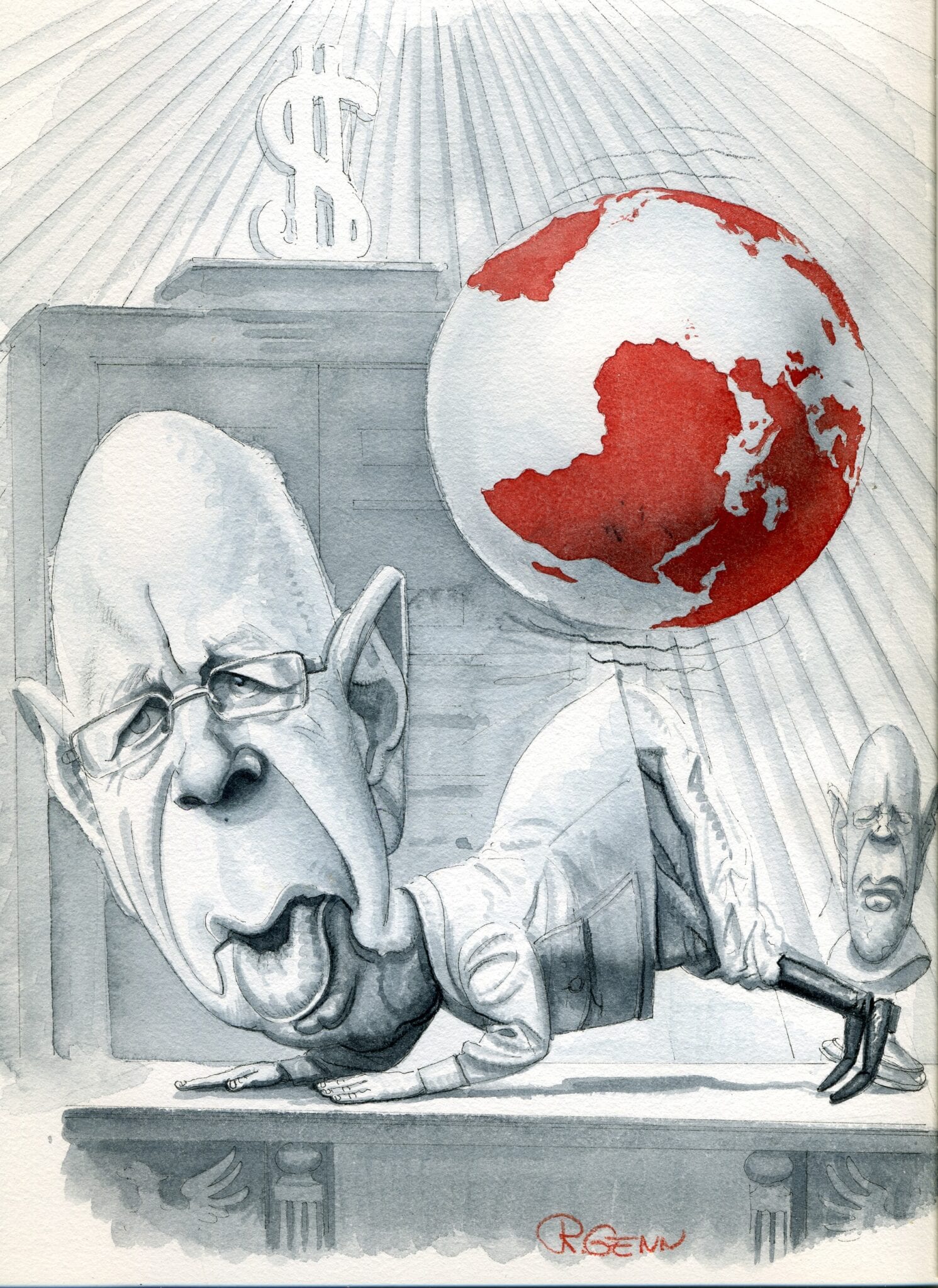 Everybody's favorite Bond villain, Klaus Schwab, is back, taking his carbon footprint on the Road To Bali to advocate once more for a fascist takeover of the world, let by a combination of oligarchs and their puppets in "democratic" governments. All that's missing is the scar and the pussycat.

Klaus Schwab kicked off this year’s B-20 meeting in Indonesia Monday by calling for a wholesale “restructuring” of the world’s economic, political, social, and ecological systems. During his call for a global overhaul, Schwab – a German economist who serves as chairman of the World Economic Forum – said the restructuring will not only take “several years” to accomplish, but will likely include suffering for ordinary people.

“If you look at all the challenges, we can speak about a multi-crisis, an economic, political, social, ecological and institutional crisis. But actually, what we have to confront is a deep systemic — and structural — restructuring of our world. And this will take some time. And the world will look differently after we have gone through this transition process,” he said.

How much more of this monster does the world need to see before the alarm bells go off? Even scarier is this thought: maybe this is what everybody really wants. If you're not one of them, fight back with this.