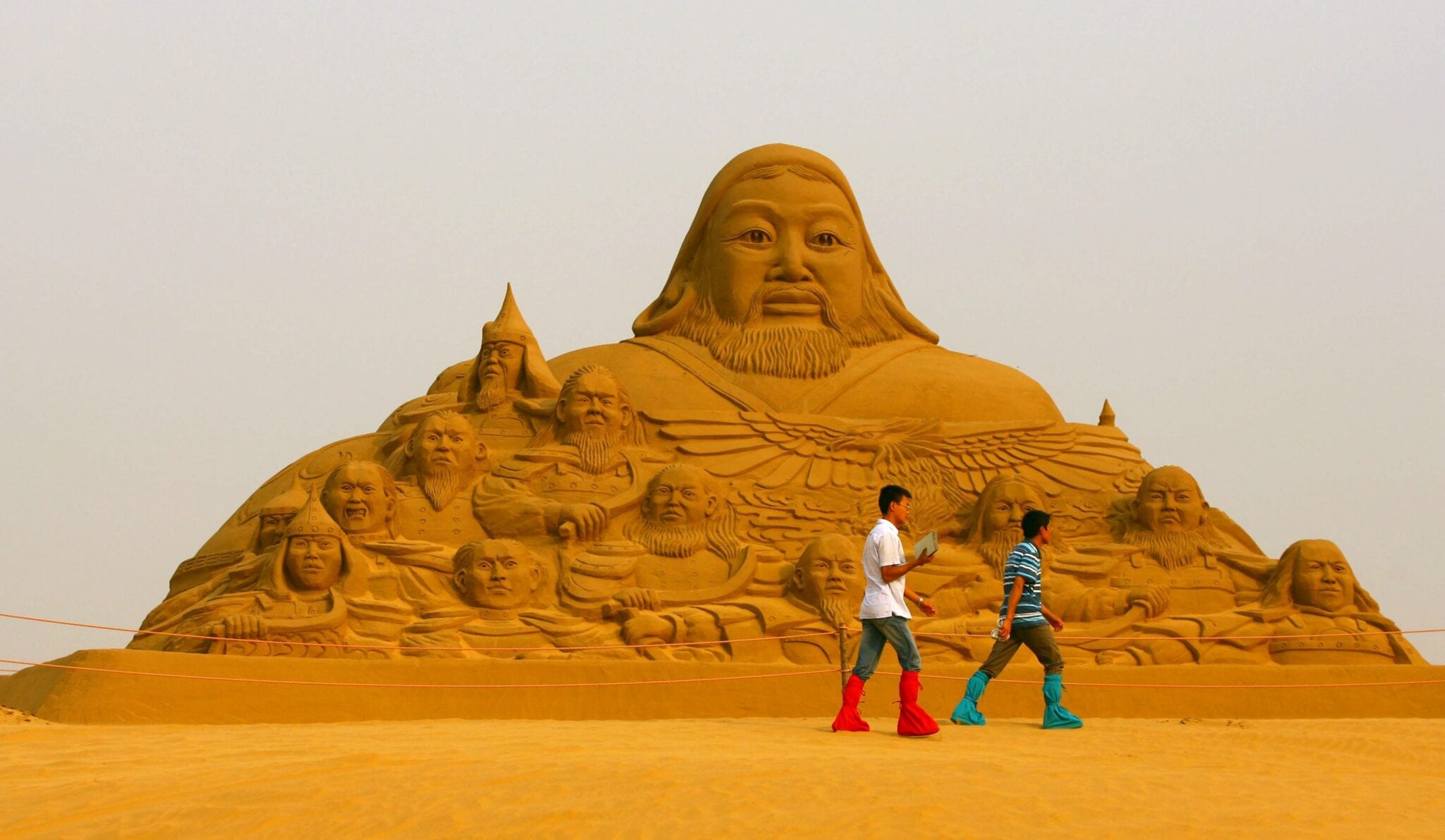 The Guardian has a cheeky post entitled "Why Genghis Khan was good for the planet":

Genghis Khan, in fact, may have been not just the greatest warrior but the greatest eco-warrior of all time, according to a study by the Carnegie Institution's Department of Global Energy. It has concluded that the 13th-century Mongol leader's bloody advance, laying waste to vast swaths of territory and wiping out entire civilisations en route, may have scrubbed 700m tonnes of carbon from the atmosphere – roughly the quantity of carbon dioxide generated in a year through global petrol consumption – by allowing previously populated and cultivated land to return to carbon-absorbing forest.

An amusing thought. But it'd have been funnier if we hadn't just sat through a year of pandemic and lockdowns which, at least early on, the green movement were positively giddy about. Remember when anti-human phrases like "The Earth is Healing Itself" trended on Twitter almost daily in the opening months of the pandemic? When we heard over and over again that, because of the pandemic, "carbon emissions are down!," "The air is cleaner!," and (my personal favorite) "The fish are returning to Venice!"? Of course, this crowing died down a bit when the mounting death toll and cratering employment numbers made it just too ghoulish.

Which is to say, the idea that environmentalists might be in favor of a modern day Mongolian warlord thinning out the human population to help us achieve Net-Zero isn't actually that ridiculous. That being so, it is worth noting that when The Guardian jokes that calling for the return of the Great Khan might "not [be] a guaranteed vote-winner for the Green party's next manifesto," they really just mean "let's not give the game away too soon."

2 comments on “Waiting for Genghis Khan”