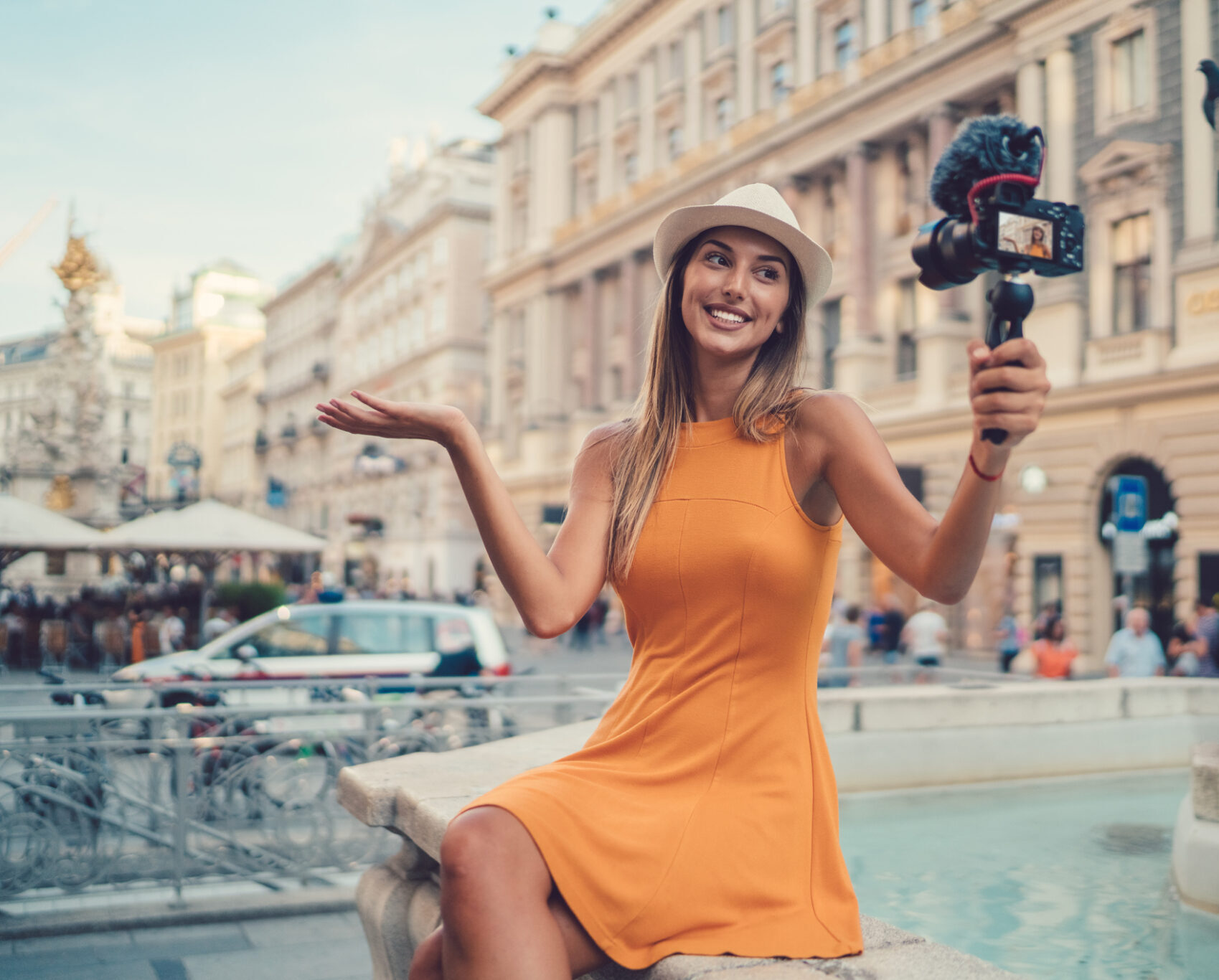 One of the sentences young journalists used as a training exercise when they were learning to type was “The quick brown fox jumps over the lazy dog.” It probably still is; you find discussions of it on websites around the world. Being journalists, they played word games around it and produced variations on how different newspapers would report the event.

The winner, as I recall, was “I jump over lazy dog—Writes ExpressFox on the spot.”

The problem with modern journalism is that much of its energy goes into suppressing news rather than reporting it on the high ethical principle that some topics are too important for their readers and subscribers to understand. Last week’s Forbes, for instance, should have had on its front page the proclamation: Lazy dog blue-pencils scoop by quick brown fox. Don’t read all about it!

The scoop in question was a self-help one (and none the worse for that)—a column by environmentalist author, Michael Shellenberger, excerpted from his book Apocalypse Never, in which he explains that many of the most popular themes of climate alarmism are false claims or predictions of events that will never happen. Mr. Shellenberger has Green credentials up to the kazoo, and he has written before for Forbes, but when these heresies appeared, they quickly disappeared.

At least from Forbes. They were picked almost instantly by some quick brown fox on Quillette, possibly my old colleague from the National Post, Jonathan Kay, and republished. My colleague Michael Walsh has already examined the very different works of Shellenberger, Michael Moore, and Bjorn Lomborg who question the establishment orthodoxy on climate policy.

But since the latest stern warning from Greenery International is that very soon we shall have to stop eating meat—or at least face wartime levels of rationing of it—in order to save the world, I can’t resist this one modest factoid:

Now, I don’t as yet know whether all these revisionist claims are accurate, but they come from people with some claim to expertise, and they are certainly interesting. And in Shellenberger’s case, because they are also the opposite of what readers might expect from him—some of his old allies are disappointed with him, others regretfully admiring—they fit very comfortably into the classic definition of a good news story as “Man Bites Dog.”

On this occasion, however, the lazy dog bit Shellenberger, and though the wound proved superficial, it was meant to silence him. Down, Forbes, down, boy. So why?

A glance at almost any newspaper or television news program will give you the answer: skepticism about climate alarmism (not climate change) is a taboo subject for the dedicated young idealists who now go direct from good universities clutching diplomas that testify to their mastery of “Woke” opinions into the newsrooms of the Anglosphere. And the most important respect in which they differ from the newsrooms’ older inhabitants is this: 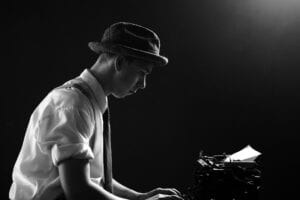 Good old reporters took the view that you had to give the public all the relevant facts, including those that would enable their readers to reach a different conclusion from the one the reporter had arrived at; new idealistic reporters believe that you must shield readers from those facts that might get in the way of their going quickly to the Truth and staying there. That constitutes a firewall almost as impermeable as the Chinese government’s electronic control of the Internet.

That was borne in on me the other day when I came across a reference to the 97 percent of scientists who support global warming in a lecture on the philosophy of science delivered in 2015 to the Danube Institute by Professor Anthony O’Hear, the editor of the journal Philosophy, to the Peter Pazmany Catholic University in Budapest. (Hungarian philosophers have made major contributions to the philosophy of science.) 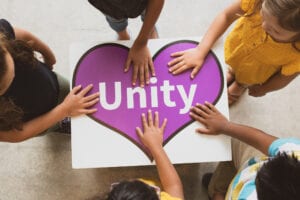 I had an interest in this topic since I had devoted a recent column to demonstrating that this 97 percent claim was at best ridiculous and at worst fraudulent. So I was slightly disconcerted to read this cautious but more withering conclusion from Professor O’Hear:

We are often told that (e.g.) 97% or some such figure of scientists all agree… This has been questioned, but, frankly, it is irrelevant. The question is not the solidity of the consensus, but the openness to differences of view, and the way in which anomalies are handled. Peer review and funding mechanisms could just be reinforcing dogma. Dissent is not popular in this area, papers [are] being turned down because they are ‘less than helpful’, potentially critical data is withheld, the hockey stick fiasco, shiftiness about the 15 year blip. Maybe this sort of thing is more common in science generally than one likes to admit, but… a suspicion that what really needs explaining in this area is the nature and cause of the scientific consensus. It is, in any case, a very bad argument to be told that we have to accept something because of a ‘consensus’; in science things are supposed to work the other way round! [My italics.]

I am quoting here from notes. We at the Danube Institute shall be publishing Professor O’Hear’s entire lecture in the near future. My amateur comments on it that follow here should therefore be read with caution until the full text arrives. But the dubious character of a scientific consensus arises from the contested nature of what science is and does. For these are less straightforward questions than they appear at first sight or in public debate.

To oversimplify brutally, for about half the period between 1945 and today, the theory of science that probably held greatest sway rested on the notion of “falsification” advanced by Karl Popper in a 1934 book (revised and re-published in 1960 as The Logic of Scientific Discovery.) A new scientific theory might be confirmed any number of times by “positive” experimental results without being proved true; but a single negative result was enough to prove it false. Science had to be capable of being falsified.

Of course, it didn’t work out exactly that way in practice. If you had a nice little theory that had been put on a pedestal and greatly admired by learned societies until some provincial hobbledehoy came along with his annoyingly negative test results, you didn’t just smile manfully and rip up your application letter to the Nobel Prize Committee. You set about demonstrating that his test results were wrong. And since many experimental results are wrong, falsifying a theory was very rarely a simple matter of one negative result. It was more like an American football game between two equally matched teams, each trying to shove the other towards the goal line.

That’s why Thomas Kuhn’s 1962 book, The Structure of Scientific Revolutions, challenged Popper’s falsification theory by suggesting that scientific knowledge advances not by passing or failing some “objective” test but because scientists gradually come to believe that as between different sets of scientific ideas, one theory is preferable to another—in Kuhnian language, there are “competing paradigms” until one replaces another in a “paradigm shift.” If you wish, you can use the word “consensus” to describe the results of that shift, provided you realize that it too is as provisional as a theory about to be falsified.

Both approaches have their advantages and disadvantages. Popper’s theory is useful because it gives you an objective way of advancing or confirming knowledge; Kuhn’s approach is a better explanation of what scientists actually do and how they decide questions. One result is that two competing paradigms (or accounts of reality) may exist side by side for a long period, maybe indefinitely, until...

Thus, some theories of global warming have generated predictions that have already been falsified, but the overall concept is still supported by a large number of scientists because they haven’t found a better explanation of climate change. So the experiments may bark, but the global warming caravan passes on. It is all a little less cut-and-dried than the clinical certainty the word Science suggests to us.

Now, throw in a third factor—government funding of scientific research. That presents to scientists a set of incentives that may also be a conflict of interest. If scientists are humanly reluctant to abandon a theory under attack if it has enhanced their professional reputation, would they not be still more defensive on its behalf if it also carries a substantial program grant?

Thus, the more that climate change orthodoxy is either questioned reasonably or refuted altogether on specific points, the more unjustifiable any uniform consensus of science or journalism becomes. And the more scientists openly debate their differences, the more reporters should impartially describe the controversies rather than simply announcing the winners. But let Anthony O’Hear have the final word (emphasis mine):

'Global warming’ and the tactics of its scientific proponents look much more like a political campaign than a scientific matter. It is internationalist (seeking to reduce the influence and prosperity of nation states in the face of a ‘global’ threat); it is absolutist (brooking no compromise or negotiation); it rides roughshod over other interests (e.g. for food, for power); it sacrifices the present for an unknowable future; it discounts the benefits of warming; it is a single issue campaign (ignoring the rest of life and other values); and finally, by seeking to bankrupt the developed nations of the West by driving fuel costs up unsustainably, it will actually undermine the potential (through research and development) to deal with the problem, to the extent that there is one.

These are not topics that in democracy we can put in a box marked “Not in front of the Voters” and congratulate ourselves on our social responsibility.