THE COLUMN: 'There is a Tide in the Affairs of Men' 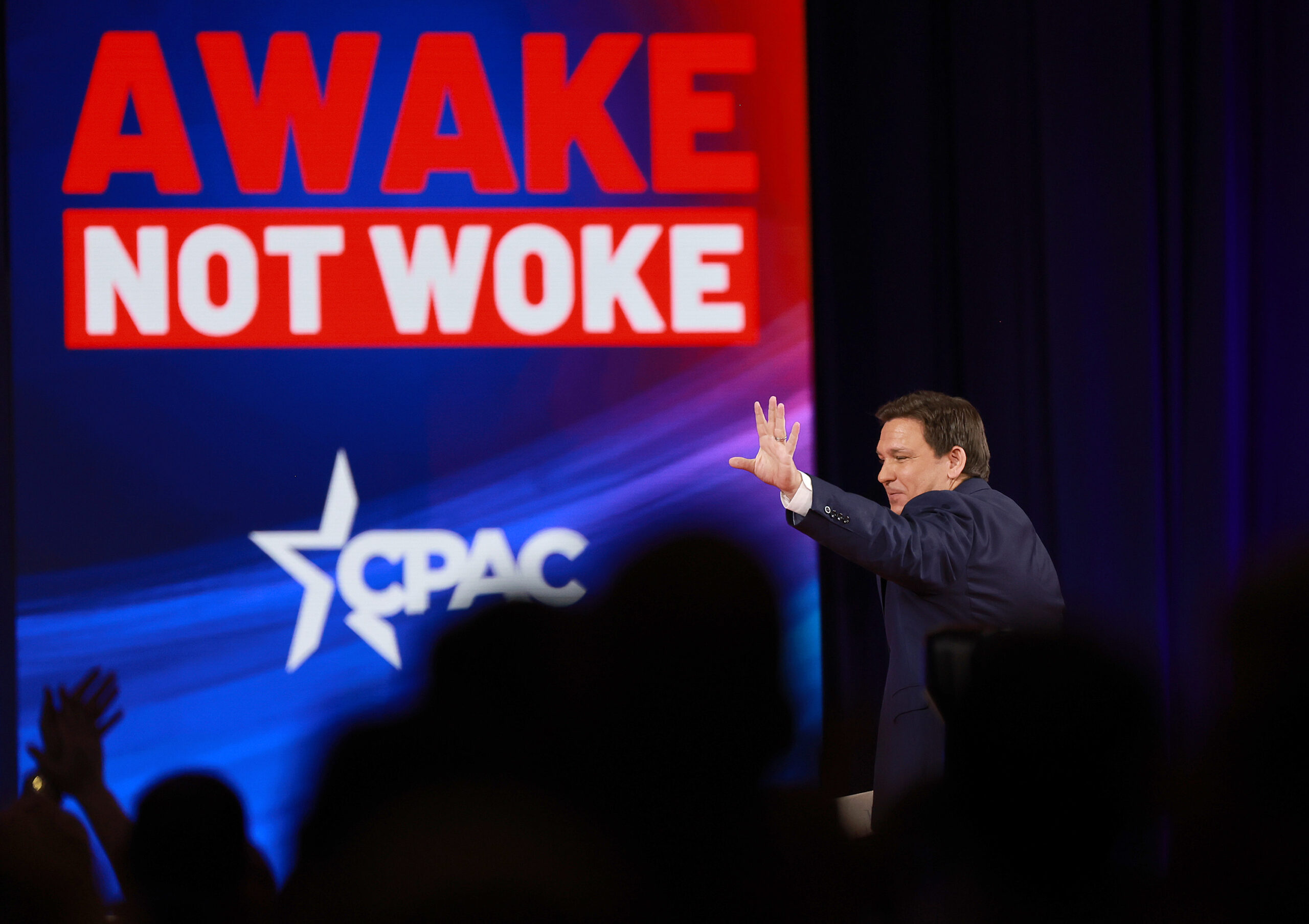 Taking the current when it serves.

While the country holds its breath awaiting the next Joe Biden disaster or the next supererogatory Donald Trump rally, or the next quixotic Mike Pence 2024 presidential campaign event, beneath the surface the political tides are running at Shakespearean levels. Seeking to enlist Cassius in his plot to assassinate Julius Caesar, Brutus says:

We at the height are ready to decline.
There is a tide in the affairs of men
Which, taken at the flood, leads on to fortune;
Omitted, all the voyage of their life
Is bound in shallows and in miseries.
On such a full sea are we now afloat,
And we must take the current when it serves,
Or lose our ventures.

From our current vantage point, it looks as though the 2024 election might come down to a rematch between Trump and whoever survives the coming Democrat bloodbath this fall. Can senile Joe Biden continue to impersonate a sentient being behind the Resolute desk for another three years? Or will the likely loss of both houses of Congress to the unworthy Republicans motivate the donkey party to find fresh-faced replacements for both Biden and his manifestly unsuitable vice president, Kamala Harris? As I noted last week, it's not impossible to replace both halves of a winning ticket in mid-stream: the Democrats pulled it off between 1972 (historic Nixon/Agnew landslide) and 1974 (Watergate) and saddled the GOP with two candidates it never wanted or even nominated, Gerald Ford and Nelson Rockefeller. So if you think it can't be done, think again. 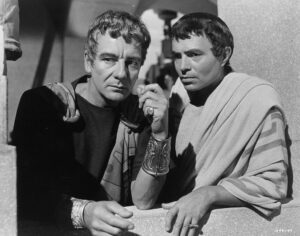 Lean and hungry looks all around.

The only question is whether the Democrats have the guts to do it to themselves. Back then, the Howard Baker Republicans labored under the impression that the Democrats wanted the same ends for the nation as they did; they were only arguing about means. They also believed that the media played things straight down the middle and, faithful to their constitutional role in a free Republic, didn't take sides, cut corners, or manufacture stories from whole cloth. In the end, the GOP bonzes even did the Dems' dirty work for them, sending a delegation of senior leadership to the White House to tell Tricky Dick the jig was up and it was time for him to go. From a 49-state, 520-electoral vote tsunami to the bum's rush in less than two years; the bloodless coup really was a remarkable achievement and a first in American history.

Should the Democrats wish, or be forced, to keelhaul Biden, however, such a decision will come with a hefty price tag. They'll have to explain to their black voters why Harris was discarded without ever being able to articulate the reason that dare not speak its name: she's simply too stupid to function:

Another problem is that the Democrats have no plausible replacements ready to step in should the need arise. So dedicated are they to the woke doctrines of their lunatic-Left base, they are saddled with the box-checking likes of Pete Buttigieg, Lloyd Austin, Xavier Becerra, Miguel Cardona, Alejandro Mayorkas, Linda Thomas-Greenfield, and Anthony Blinken, none of whom belongs anywhere near a cabinet meeting unless it's held in a water closet. Further, the Democrats' program of crazy nostrums such as Modern Monetary Theory—just print money!—and Green Energy (free wind and solar!) have resulted almost overnight in rampant inflation, severe energy shortages and skyrocketing prices.

So it should be a simple matter for the Republicans to point out the manifest real-world flaws in the Leftist program, sit back, run a bunch of guys named Moe, and wait for the election returns in 2022 and '24. The only problem is the elephant party has its own elephant in the room in the form of Trump, who seems bound and determined to run again and avenge his tainted loss to Biden in 2020. To that end, he's already embarked on a campaign of waving the bloody shirt in anticipation of settling the score in '24.

The problem is, while Trump still has an enormous, if shrinking, following, the former president's candidacy could easily galvanize the Democrats to turn out at least as many votes against him as the GOP will get for him. This is not the place to debate the details of the "stolen election," which at the very least was held (right under the Republicans' noses) under highly irregular circumstances, including the unconstitutional changing of election law in several swing states and the mysterious hiatus in the wee hours of Election Night that screamed "hinky" at the top of its lungs.

For this, however, Trump and the Republicans are partly to blame. The Democrats took advantage of Trump's fatal credulity about the alleged dangers of Covid-19, as well as the Republicans' habitual indolence when it comes to poll-watching. If the election was indeed stolen the Tammany Party stole it fair and square, and all the GOP needs to do is look in the mirror to find the real culprits.

History is against the former president; only one man has come back from a re-election loss to win again the following cycle and that was a Democrat, Grover Cleveland. Cleveland was the first Democrat elected after the Civil War (in 1884), defeating James G. Blaine. He lost to Benjamin Harrison in 1888, but defeated Harrison in the rematch of 1892. The Republican who bears the closest resemblance to Cleveland is probably Nixon, the sitting vice present who lost the election of 1960 to John F. Kennedy, spent some time in the wilderness (losing a California governor's race in the process), and then returned from the political graveyard to beat Hubert Humphrey in 1968. Despite the unfairness of his loss, Trump is not entitled to a second term simply because of it. 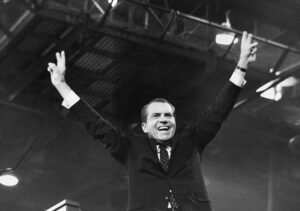 Talk about a trick shot.

Can Trump pull it off? Maybe, but unlikely. Outrage over the election-night shenanigans will fade, and Trump will be 78 years old in November 2024, just a year younger than the superannuated Biden is now. The White House is no country for old men, especially one who never forgets a grudge and will spend much of his time seething and seeking revenge. The most a Trump primary candidacy can do is block the path for younger, more viable candidates, some of whom will steer clear of him and thus pre-emptively tank their own prospects.

Further, even a senescent wreck like Joe Biden can still make trouble for the former president, wounding him again even before the presidential campaign season officially kicks off the day after the midterms. Biden is reportedly pushing his attorney general, Merrick Garland, to go after Trump because, well, when you have Irish Alzheimer's, you only remember the grudges.

Finally, even should Trump somehow get through the primaries (he won't be unopposed) and then win, who among us wants to relive 2016-2020? The endless witch hunts, the two impeachments, January 6... the Democrats will never give up their Nixonian pursuit of him, in part because he's just too easy a target. Throughout his term, every slight had to be answered, every dig repaid not in kind but in tweets that served no purpose other than to rally the base. Policies were announced, then abandoned. The Wall never got built; a massive wave of illegal immigration is about to wash over the southern "border" -- which for all practical purposes has ceased to exist. Meanwhile, his personnel choices were almost uniformly terrible (Rex Tillerson? John Bolton?), opportunities were squandered, and most of MAGA was gone before the end of the first year, including Steve Bannon, Rich Higgins, and Sebastian Gorka.

And don't even get me started on the colossal blunder that was Jan. 6, a stench that still lingers in the country's nostrils and which alone should doom a second Trump candidacy, and for which he has shown no remorse even as the poor fools who heeded his words languish in prison.

Sure, it felt great to watch Hillary Clinton and her flying media monkeys melt down on that stunning election night, but what good has come of it? After just a year of Joe Biden, the country is teetering on the edge of bankruptcy and dissolution; would we have been any worse off under Hillary? The sorry truth is, probably not.

The awful truth is there's no time to waste, no time to fantasize about a Trump restoration with a potent vice president who could, in dreams, win two terms outright in the years 2028 and 2032. The country, bound in shallows and in miseries, simply doesn't have the time. The right man has made his entrance: why compel him to waste four years on the sidelines as Trump's veep and then be forced to run on Trump's record in 2028? It makes no sense.

On such a full sea are we now afloat. The decline has long since begun. So whom should the GOP nominate in 2024? I think we all know the answer to that. More on him next week.

54 comments on “THE COLUMN: 'There is a Tide in the Affairs of Men'”