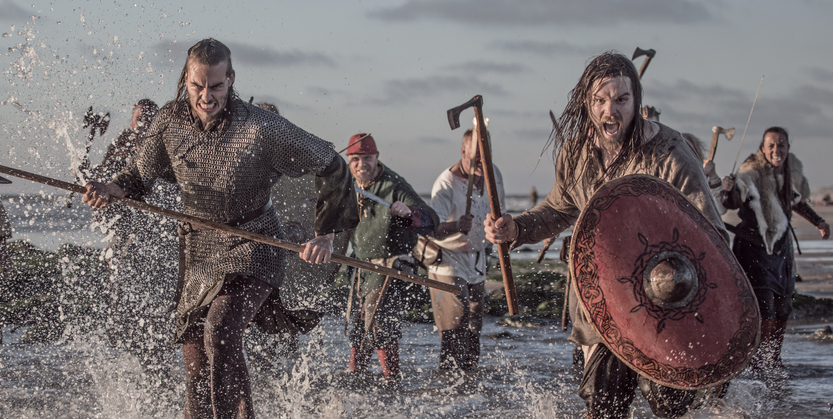 You'll miss them when they're gone.

The year of Our Lord 2022 was a good one for us here at The Pipeline, having seen the launch of our weekly Substack column; the release of our first book, Against the Great Reset: Eighteen Theses Contra the New World Order; and the publication of a lot of excellent content from our wonderful group of contributors. Our final selection proved to be one of the most-clicked articles of the year, and seems as timely now as it was then, if not more so.

Forget Guns. Whatever Happened to Men?

The Uvalde school shootings, coming as they did just before Memorial Day, have thrown into high relief one of this country's most vexing problems. No, it's not guns, even "military-style" guns, to use a term that has no meaning except apparently to journalists—who should also brush up on the meaning of "semi-automatic" while they're at it but probably won't. Guns have been a part of American society since the Pilgrims shot their first turkeys, and have served the country well throughout its history. That some of them have been used in the commission of crimes by criminals hardly outweighs their usefulness to the founding and maintenance of the Republic. Just ask Sergeant York.

The perfect cannot be the enemy of the good. A disarmed domestic society is not something devoutly to be wished for. In any case, what the gun-grabbers are really aiming for is not "gun control" or "common sense" gun laws but confiscation and abolition. And with nearly 400 million firearms in the country, and gun ownership widely popular, that is not going to happen as long as the Second Amendment is the law of the land. In the meantime, see what just happened in Canada, which is now completing its post-Covid descent into a fascist tyranny:

The Prime Minister, Justin Trudeau, today announced the introduction of new legislation to further strengthen gun control in Canada and keep Canadians safe from gun violence. Bill C-21 puts forward some of the strongest gun control measures in over 40 years. These new measures include:

Luckily, here in the U.S., "shall not be infringed" has a meaning that is clear to everyone who speaks English, even Supreme Court justices and emotive half-wit Connecticut senators who shamelessly exploit dead children for their own political purposes. Gun confiscation from overwhelmingly law-biding legal gun owners makes about as much sense as locking down the healthy during a relatively minor viral epidemic. Oh wait...

No, the fault, to paraphrase Shakespeare, is not in our guns but in ourselves, and specifically in our men. For half a century masculinity has been under concerted attack in this country—fish, bicycle is one of the more benign forms, although still passive-aggressively hateful—until today it has been deemed "toxic" by the harpies of fourth-wave feminism and their very strange bedfellows in the QWERTYUIOP+ brigades. The unsurprising result has been the diminution and removal of genuine masculinity from the public square— even in the military, which now prizes women and trans-wokeness over men—and its replacement with sundry culturally unacceptable substitutes.

Chief among the missing males have been fathers: real, biological, spiritual, emotional, disciplinary fathers. Not "baby daddies," to use the ghetto term that has percolated its way up and into the larger culture. Not transient sperm donors, who wouldn't exist in the first place without trampy women to enable them. Not semi-functioning biological males embedded in the transgressive woke community who take an "X" for the team. But real men, who not only take responsibility for their children but impart responsibility to the next generation, especially to their sons...