THE COLUMN: How We Got Here 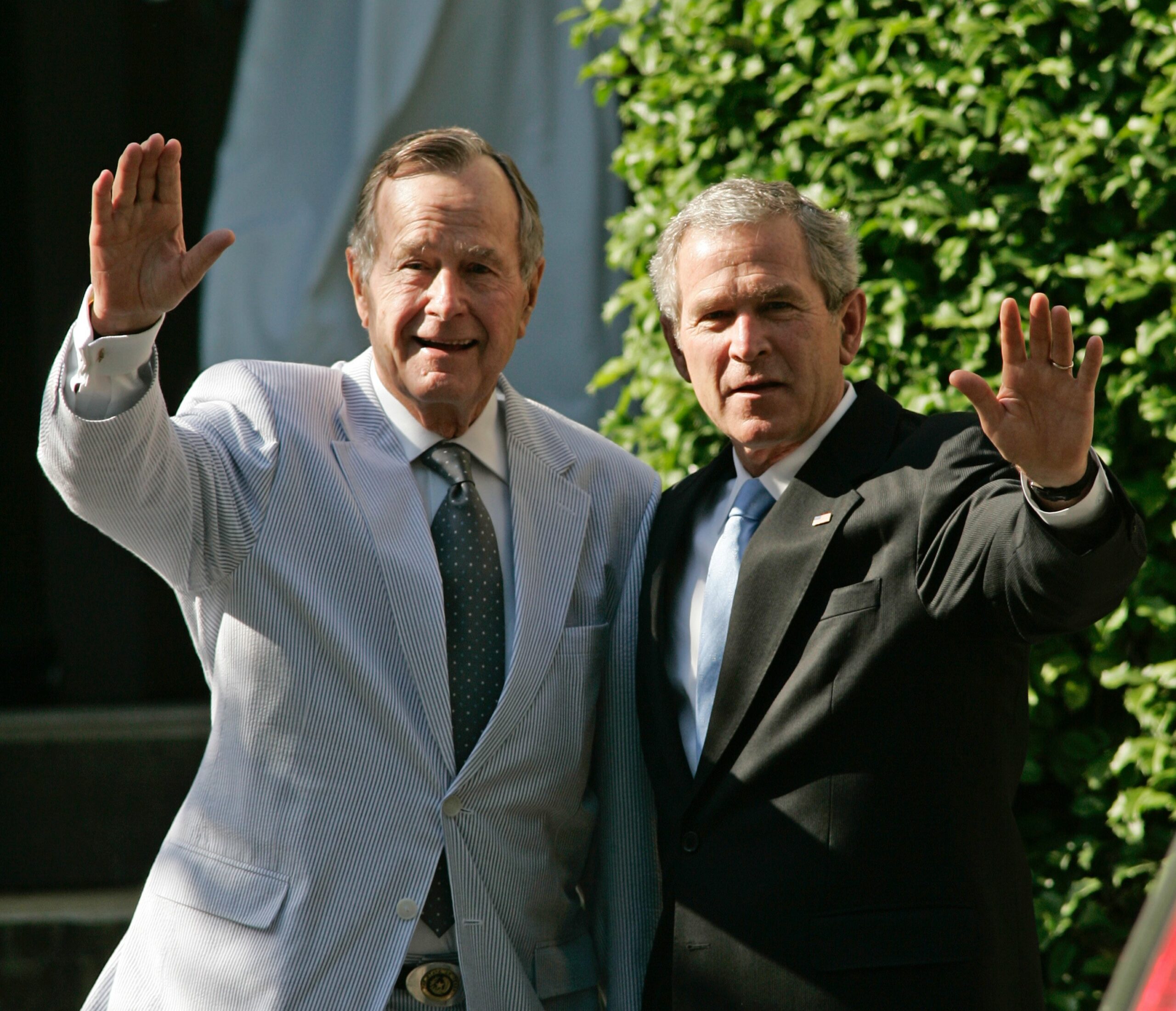 Wrong men at the wrong time in the wrong place, twice,

The seeds of the conflict in the Ukraine, now the subject of both a shooting war and a ferocious propaganda barrage on both sides—and by "both sides" I mean Russia vs. the West, using Ukraine as its proxy—were sown more than 30 years ago, in the aftermath of the fall of the Berlin Wall in 1989 and the collapse of the Soviet Union on Boxing Day in 1991. At what seemed almost a single stroke, the goal of American foreign policy for the previous four decades had been achieved. The mother church of Marxism-Leninism had fallen, the Evil Empire destroyed, and the brave new world of "the end of history and the last man" was dawning.

Although Ronald "we win, they lose" Reagan was out of office, this was the Gipper's triumph. Playing poker against the Soviets' aging and disillusioned chess masters, Reagan bet the house on the Strategic Defense Initiative—widely opposed and even mocked by the pro-Russian Leftist press, led by the New York Times (who else?), as "Star Wars"—and essentially bankrupted the Kremlin. Unfamiliar with the concept of a bluff, Mikhail Gorbachev turned over his king and walked away from the board.

I vividly recall standing outside in the freezing cold of a mid-February day in Dresden, on the 40th anniversary of the firebombing of the city by British and American bombers in 1945. Standing in front of the newly restored Semper Opera House, Erich Honecker, the East German party boss, gave a stemwinder of a speech, inveighing against the very "Star Wars" (that was the term he used: Sternkriege) the Times was mocking stateside. "I think Star Wars is bullshit," whispered a German-speaking American colleague of mine, "but it sure has these guys scared." Within six years, both the German Democratic Republic and the Union of Soviet Socialist Republics were gone. 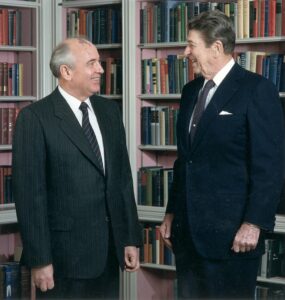 It took both the Times and the communists (but I repeat myself) to realize the truth of Reagan's game and by then it was too late. The Cold War was over, without a shot being fired. We won, they lost.

Officials in the "Star Wars" project rigged a crucial 1984 test and faked other data in a program of deception that misled Congress as well as the intended target, the Soviet Union, four former Reagan Administration officials said.

The deception program was designed to feed the Kremlin half-truths and lies about the project, the former Administration officials said. It helped persuade the Soviets to spend tens of billions of dollars to counter the American effort to develop a space-based shield against nuclear attack proposed by former President Ronald Reagan in 1983, they said. The test also deceived news organizations, which reported it widely.

Ha ha ha. With the U.S.S.R. prostrate and the former Warsaw Pact nations spinning away into freedom and autonomy, the largest fire sale in history was underway. Canny operators, such as George Soros instantly saw an opportunity, moving quickly into the economic and diplomatic vacuum with such aplomb that he overnight became a powerful figure among the ruins.

All the United States had to do was be magnanimous in victory. The Germans under Helmut Kohl had already provided a model; Germany was reunited less than a year after the Wall fell and the East German government crumbled. Kohl's boldest decision was to exchange the worthless Ostmark (East mark) for the sound Deutsche mark at a one-for-one rate. While this was expensive for the West Germans, it turned out to be well worth it. There was little or no lingering resentment about the ways things had turned out, and while the Ossis were regarded as poorly dressed bumpkins, there was no trouble.

Magnanimity, however, proved too heavy a lift for the clueless and vengeful George Herbert Walker Bush administration. Widely seen in European capitals at the time as a "safe pair of hands" Bush I immediately squandered the greatest economic, diplomatic and intelligence community success of the modern era. The one-time Director of Central Intelligence could not or would not grasp that the game had changed, that Russia no longer had to be a mortal enemy of capitalism and the West, and that the overthrow of communism would usher in a prolonged period both of disruption and revanchism that could have been properly managed without triumphalism.

But the U.S. did... nothing. As Soros knew instinctively, all of eastern Europe and western Russia was now up for grabs. I can attest to the bewilderment and anger of friends and acquaintances in Hungary, Poland, Czechoslovakia, and elsewhere at the silence radiating from Washington at the time.

Rather than extending the hand of friendship to the defeated but still proud Russians and the other "captive peoples," succeeding administrations under Clinton and Bush II added insult to injury by bringing the Central and Eastern European countries into the North Atlantic Treaty Organization (NATO) starting in 1999—a deliberate provocation and a world-historical blunder of epic proportions matched only by George W. Bush's incomprehensible invasion of Iraq after 9/11.

Meanwhile, post-Gorbachev, Russia descended into a gangster-driven oligarchy under the drunken Boris Yeltsin. I left the collapsing U.S.S.R. for the last time during the summer of 1991, just before the coup attempt against Gorbachev, and already the gangsters (Armenian, Georgian, Jewish, Azerbaijani—everybody but the Slavs) had the run of the place. The Americans who were preaching the virtues of capitalism in a land that had only known empty shelves for 70 years were regarded as thieves out to fleece Russia (and many of them were), but regulated capitalism wasn't going to cut it at a time when it was every man for himself. "Joint venture" was one English phrase that every Russian knew, and Swiss bank accounts were the place to be. It took the firm, bloody hand of Vladimir Putin to restore some semblance of order.

And so the opportunity was lost to turn Russia from an enemy to, if not a friend, at least an adversary with whom we could live and do business. America does have an enemy today, but it's China, not Russia.

Putin, who was a KGB operative based in Dresden during my time in the former DDR (among the Stasi, he had a reputation for ruthlessness and cunning even back then), is not the kind of man into whose eyes you can look and see his soul. The moody Slavic temperament is very poorly understood by sunny Americans, alternating between pride and despair, all laced with centuries of grievance against a West it both passionately wants to belong to and equally passionately wants to reject.

No American has ever had the experience of watching his country vanish before his eyes, and those who think that Putin operates by the same set of "values" as the international atheists who currently populate the upper reaches of the American government, foreign-policy establishment, and bureaucracy have never met a Russian, read a single word of Dostoyevsky or Tolstoy, or heard a note of Tchaikovsky's Eugene Onegin, based on Pushkin. As Aristotle intimates in the Poetics, culture and politics are the same thing, and it's only Americans who don't seem to be able to understand that.

The current American fixation on "diversity" (itself the partial result of decades of KGB meddling in the civil-rights movement and inflaming black sensibilities) has no purchase in the rest of the world, which regards it as inexplicable and the very antithesis of social cohesion and the nation-state. The last thing the Ukrainians want right now is diversity: they want a Ukraine for Ukrainians. Meanwhile, for the Russians, the notion of admitting the Ukraine to NATO has proven to be the last straw; the closest American analogy might be turning Texas into an "independent" extension of Mexican hegemony in the southwest. The differences are irreconcilable.

Bush II's second inaugural address has proven to be spectacularly wrong in its central observations, a woolly wish list of platitudes and bromides that has only worsened America's position on the global stage. After all, a country that doesn't try very hard to maintain its cultural and territorial integrity isn't much of a country and certainly won't last very long.

We go forward with complete confidence in the eventual triumph of freedom. Not because history runs on the wheels of inevitability; it is human choices that move events. Not because we consider ourselves a chosen nation; God moves and chooses as He wills. We have confidence because freedom is the permanent hope of mankind, the hunger in dark places, the longing of the soul.

As the war in the breadbasket of Europe rages on, freedom is only secondarily the issue now. It's the hunger in the dark places that we have to worry about. “The state of peace among men living side by side is not the natural state," wrote the Prussian philosopher Immanuel Kant in 1795; the natural state is one of war." Just 123 years after Kant wrote those words, once-formidable Prussia disappeared from the map. Putin is determined not to let that happen to the Russia of his imagination, the Russia of Peter the Great and of Tsar Alexander I, who saved the Motherland from the existential threat of Napoleon. He may not succeed, but he's willing to die trying—and to kill as many people in the process as he has to.

13 comments on “THE COLUMN: How We Got Here”