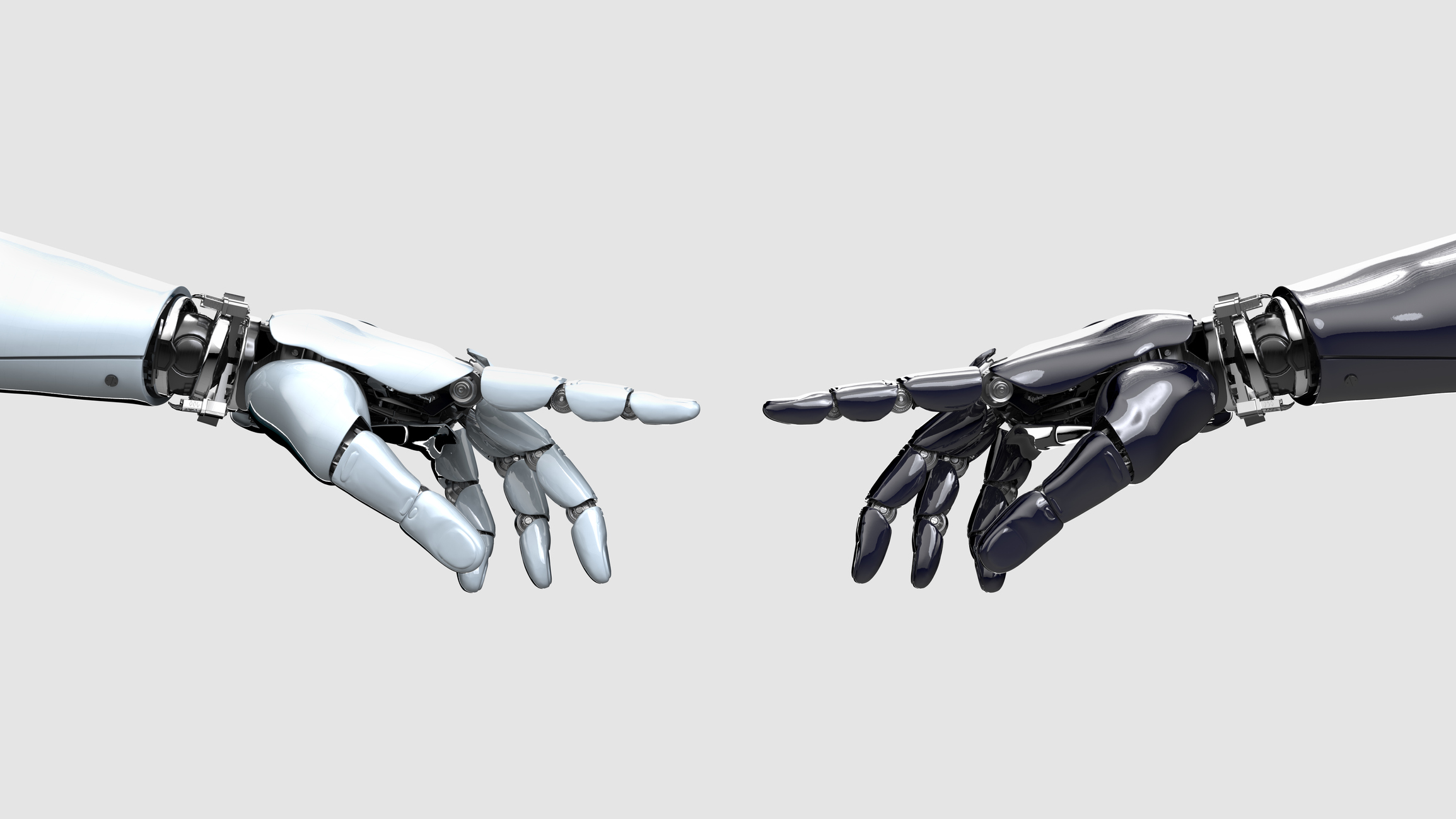 With real science the loser.

Nothing has better demonstrated to me the impossible clash of true science -- the constant search for and the skeptical sifting and winnowing of empirical evidence -- with public policy than the worldwide response to the Covid-19 virus about which so little was known  when it first appeared.

Science, like the Western legal advocacy system, depends on proponents and opponents clashing and presenting their best relevant arguments for us to decide an issue, but the search in science on any issue must be ongoing, and in law and public policy there are practical and procedural time limits. It would be wonderful if there were some alternative responsible forum to quickly test the assumptions of policy makers (often contradictory and based on little or poor evidence), but there isn’t much leeway to my knowledge.

The Western court systems are generally a reasonable way to test the validity of fact but the timing problems make it almost impossible to do so rapidly enough to matter when it comes to this disease. Good public policy on scientific issues should be made with far greater humility than it presently is, and perhaps the only way to get around the normal strictures is to create a rapid response team of experts critical of the public policy gurus who can file affidavits in support of their findings and persuade courts to issue temporary injunctions pending full expedited hearings. Absent that, the only way to deal with this overreaching is resistance, and -- down the road -- the ballot box. When it's often too late. 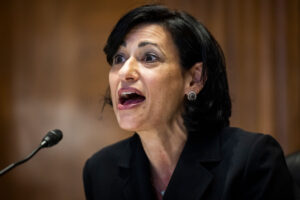 The face of the medical bureaucracy: Rochelle Walensky

The CDC recommends universal indoor masking for all teachers, staff, students, and visitors to schools, regardless of vaccination status. Director Rochelle Walensky stated this week that “fully vaccinated people have just as much viral load as the unvaccinated, making it possible for them to spread the virus to others,” so school children should be masked. She should be ignored if it her claim is not supported by equally sound research -- and it isn't. It's based instead on data from a single study in India, where different vaccines were in use, and was so deficient it was rejected in peer review.

She’s not alone, however. There has been a drumbeat to reinstate some of the most loathsome and freedom-destroying diktats we’ve just come out from under. Organizations and businesses are demanding employees be fully vaccinated and some even requiring vaccinated persons to mask. How do these square with the feminist slogan, “my body, my choice,” and the concept of privacy of medical information in HIPAA (Health Insurance Portability and Accountability Act)? How are these requirements that you prove you’ve taken the vaccine even constitutional?

On July 18  a U.S. District Court decided preliminarily the first test case I know of against the new restrictions, Klassen v. Trustees of Indiana University. Law Professor Eugene Volokh , a legal scholar worth respect, explains why the Court denied a preliminary injunction sought by the students against being forced to mask, social distance and  vaccinate or qualify for an exemption on religious or medical reasons.

Under guiding principles of federalism, our Constitution preserves the power of the States, within constitutional limits, to adopt laws to provide for public health and safety. Twice the United States Supreme Court has upheld state authority to compel reasonable  vaccinations. [The court is referring here to Jacobson v. Massachusetts (1905) and Zucht v. King (1922). -EV] The States don't have arbitrary power, but they have discretion to act reasonably in protecting the public's health.

Students at Indiana University have a significant liberty protected by the Constitution—refusing unwanted medical treatment based on bodily autonomy. The Fourteenth Amendment says no state may "deprive any person of life, liberty, or property, without due process of law." U.S. Const. amend. XIV § 1. Given this due process protection of liberty, longstanding constitutional law prevents a public university—an arm of the State—from mandating a vaccine for its students unless it has rationally pursued a legitimate interest in public health for its campus community.

Does this mean that it’s constitutional for the university to issue such a mandate? Not exactly. The students sought injunctive relief, not a final decision on the merits. As Volokh notes, the injunctive relief “requires a strong showing that they will likely succeed on the merits of their claims, that they will sustain irreparable harm, and that the balance of harms and public interest favor such a remedy.” 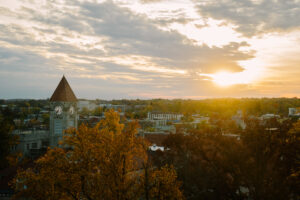 You can always transfer, kids.

But the students have other options which the court had to balance -- they could apply for a medical deferral, take the semester off (the mandate applies only for the coming semester), attend another university or attend online. (In this respect the students have more options and may have had a weaker case for injunctive relief than might some other litigants covered by similar mandates.) And in a request for injunctive relief there is usually no opportunity to fully flesh out that these directives are unnecessary in the public interest, unreasonable, and therefore unconstitutional .

In a nutshell here’s the legal problem: testing the reasonableness of the state action would take a great deal of time, given the number of conflicting expert opinions on a scientific matter -- one on which we have so little empirical evidence  and where the evidence seems to be so quickly changing. Adding to that is that the mandates tend -- as here -- to be of short duration so that by the time the issue would be resolved it would likely be moot.

It would be wonderful if it were easier. It would be even more wonderful if the mass media and social media which combined in the Trusted News Initiative  to restrict information contrary to the official public health directives and the latter unable to hide behind the protections of Section 230 of the Communications Decency Act of 1996 to restrict diverse views on these mandates. More open discussion might improve state decisions and lessen the impact of scare accounts on judicial reviewers of those decisions.

In any hearing on the merits here’s some of the evidence I expect the opponents of these mandates would produce;

So, on one hand we have reputable scientists confirming low Covid mortality, broad natural immunity to the virus, easy rapid treatability of the disease at home and seemingly deliberate  underreporting of vaccine toxicity by public health officials. The problem remains how to bring this information to judicial fora in time override the unconstitutional--because unnecessary and unreasonable -- restrictions on liberty.