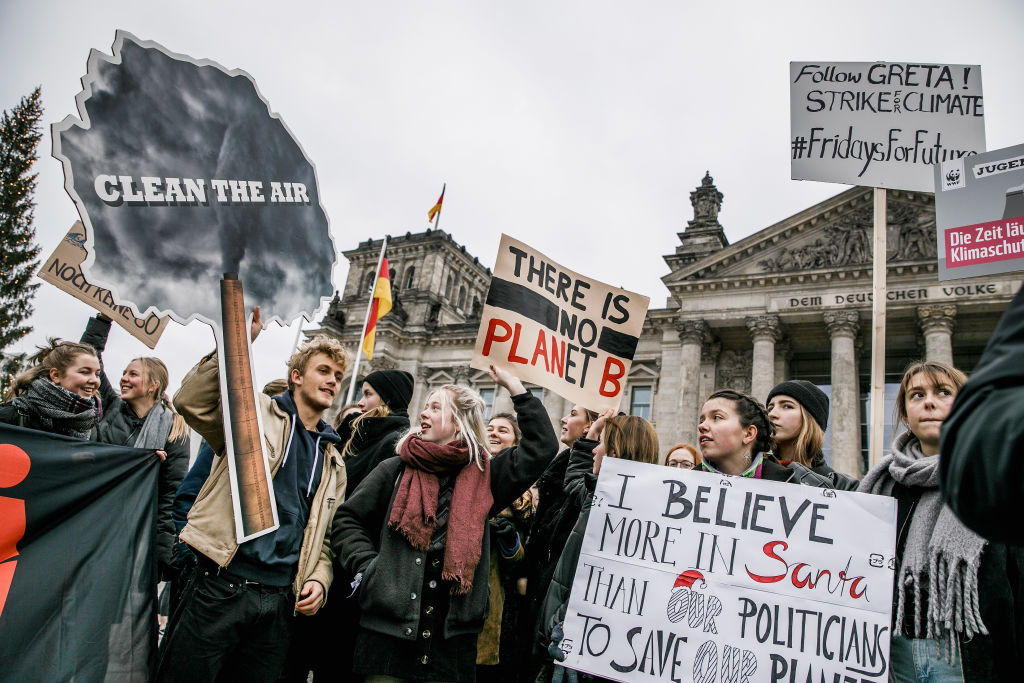 Europeans will starve, go hungry and be jobless in large numbers unless the European Union and national politicians do an about-face on climate policy. The United States is not far behind, although has more tools to displace failed leaders than do people under the thumb of the European Union. This winter is but a taste of things to come.

An extensive analysis—50 points—of the folly of "climate policy" is found at wattsupwiththat.com; in sum it evinces there is no “climate emergency,” the goal of Net-Zero by 2050 is “delusional,” neither warranted, feasible, nor politically possible and would be so costly it would “drive a 33 percent average reduction in all government spending on health, housing, education, social welfare, police, climate adaptation, defense, social justice, etc.” As the measurable big decrease in global economic output during the pandemic lockdowns established, slashing living standards will not result in a “measurable decrease atmospheric CO2.” The only feasible means to phase out fossil fuels are technological advances, which means the shift cannot be mandated by government and of necessity the shift will be slow.

In any event, nothing the West can do changes the fact that during the next quarter century “over 80 percent of all increased global emissions” will occur in Asia. Moreover, for decades to come, “Asia, South America, and Africa “will represent over 90 percent of future increases in energy consumption.” Any effort must be global, not nation-by-nation. It’s simply not a first-world issue, and it’s irrational to pretend otherwise. 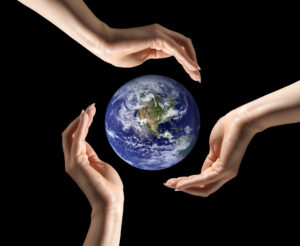 Also irrational is the pretense that we can limit energy use. We need it for everything and the demand is growing. It may be a surprise to learn that “Global smart phone production uses 15 percent more energy as the automotive industry.... the Cloud uses twice a much electricity worldwide as all of Japan.” This would surely set back on their heels the anti-fossil fuel crowd gathered everywhere in clothes manufactured from petroleum-based materials and coordinating their activities by iPhones, if only someone told them.

In the meantime, this winter Europeans are getting to see first hand the folly of the "climate change" cult thinking of the European Union and its national leaders. They are already seeing food and energy shortages and the beginning of deindustrialization. In a series of tweets Alexander Stahel, CIO of a Swiss investment management firm, sets out a number of developments in various European countries, to flesh out what news summaries do not—the desperate near- and long-term consequences of Europe’s “gigantic structural” problem. Here are a few examples.

As prices increase, along with scarce food, limited transport options, and winter heating, it’s easy to see why unrest in Europe is growing. The Yellow Vests in France have been demonstrating against, inter alia, rising fuel costs and austerity measures for almost four years. (The most recent French complaint about the emissions mandates involve the E.U.’s ban on an insecticide needed to deal with a beetle that devastates mustard plants.)

In the Netherlands, farmers have been protesting and blocking roads with their tractors for almost three years because of proposals to limit industrial fodder and livestock production to lower emissions from the nitrogen cycle. More recently, protests have against energy shortages have cropped up in Belgium where thousands of people have been protesting against the huge rise in the cost of living, driving “rising food prices, startling energy bills and frustration with politicians and employers.”

And then there’s Italy, where conservative firebrand Giorgia Meloni is poised to occupy the prime minister’s office after the recent elections saw her Brothers of Italy party surge to power. Meloni is more concerned with battling Europe's coming energy crisis than she is with "climate change," and has called for the EU. member states to work together to solve the problem before the problem solves them: "We need a common solution at the European level to help firms and families," she said in a statement. "No member state can offer effective and long term solutions on its own." Meloni's position on "climate change" already has the Left terrified, and its slander machine going full blast:

Giorgia Meloni, leader of the neo-fascist, right-wing populist Brothers of Italy party, is poised to become Italy’s first woman prime minister. This is as much a victory for feminism as Margaret Thatcher’s premiership in the UK, which is to say that it is no victory at all. Meloni boasts the familiar spate of ultra-conservative views with a few terrifying twists: not only has she called Mussolini a “good politician,” she also aligns herself with the white nationalist “great replacement” conspiracy theory. While her fascist leanings and the threats her ascent poses to human rights have been widely discussed, Meloni’s stance on environmental issues has been left relatively uninterrogated... it seems that Italy’s next government will be pursuing the promise of nuclear power and leaning into domestic natural gas extraction. Renewable energy forms, like solar and wind, are decidedly absent from the agenda. Meloni’s party has also criticised the EU’s ban on combustion engine cars by 2035 as “a sensational own-goal” and is likely to support junior coalition partner Matteo Salvini’s call for an Italian referendum to overturn the decision. 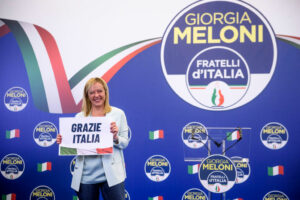 Ursula Von der Leyen, president of the European Commission, threatened the Meloni coalition with "consequences" if it “veers from democracy,” which is rather ironic as there’s nothing particularly democratic about the Commission, the executive branch of the European Union, both of which are self-perpetuating sclerotic bureaucracies. Her threat reminds that the Commission has called upon the Union’s council to suspend 7.5 billion Euros from Hungary for “corruption.” Poland has said it will oppose such sanctions and criticized Von der Leyen’s not so veiled threats as did several Italian political leaders.

I don’t know if the present energy crisis will be enough to lead more countries to exit the European Union, which has, as we saw with Brexit, lots of tools to rein in unwilling members from so doing, but it just might if the winter is cold enough and the E.U. continues its suicidal foolishness and arrogance.

2 comments on “The Utter Folly of European 'Climate Policy'”