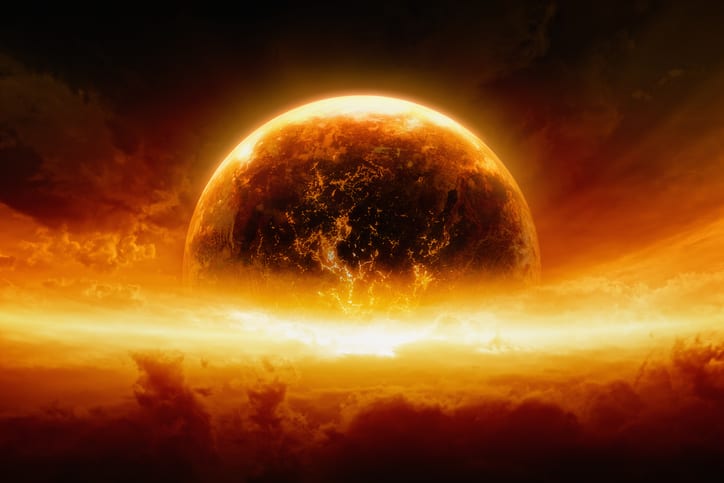 In a letter well worth reading, students at various universities across the country, members of a group called Students for Canada (SEC), addressed Prime Minister Justin Trudeau, encouraging him to rescue and promote Canada’s ailing energy sector. The letter is a powerful, meticulously documented and near-irrefutable report meant to counter an earlier petition by 265 academics—which I have referenced in a previous article for The Pipeline—urging Trudeau to shut down the oil and gas industry entirely.

The letter brilliantly reverses the relation of authority. These students know infinitely more than the profs, technological and economic illiterates who proceed from purely ideological motives, whereas their student adversaries base their thesis on actual realities. The two lead authors of the student letter are candidates in the Department of Earth and Atmospheric Sciences; the competencies of the two lead authors of the academic letter are in Political Science and Sociology. This should tell us something about relevant expertise. (Ironically, the University of Alberta is home to both the students and the pedagogues.)

Offering a vista of unexpected hope for the return of intellectual sanity to an ideological wasteland, these students have largely managed to resist the left-wing and “social justice” curriculum of the indoctrination factories our universities have become. In four pages of resource-rich material and dispositive evidence, they have exhibited not only an informed concern for the country’s welfare, but a thorough familiarity with the complexities and minutiae of energy production, industry safety standards, employment issues, technological innovation and bread-and-butter outcomes, all benefiting the country’s future political stability and economic prospects.

They advocate fumigating the language around the Canadian energy sector. “The use of the terms ‘tar sands’, ‘war’, ‘dead’ and ‘bail out’ tend to… trigger… anger and divisiveness.” Loaded language is a sure-fire way to preempt debate. Reputable contributors to a contentious issue need to invoke clarity of expression and neutral terminology. “Members of Geothermics understand that carefully chosen words can encourage people to listen and critically think about the issue to promote integrated solutions, especially if the issue involves oil and gas.” After all, “how can the Canadian oil and gas industry be ‘dead’ when Canadian Energy companies provide social benefits and are continuously developing clean innovations?”

They argue that “Canada has founded one of the most sustainable hydrocarbon development strategies in the world,” from which other countries with similar oil reserves could learn. They explain that “global energy demands will continue to increase in the future and that renewable energies are not in a position to replace [fossil fuels] for decades to come.” Indeed, “the totality of renewables supply only 7% of global demand (International Energy Agency, 2019)…illustrat[ing] that oil and gas are valuable natural resources, just like lithium, copper, uranium and iron ore, etc., needed to manufacture goods, medical supplies, electronics, outdoor gear, renewables etc.” They point out that Canada was “ranked number one for Sustainable Development in 2019 relative to the world's top oil exporters (sdgindex.org).” The concern often cited by opponents of energy extraction and delivery regarding methane leaks “is being continually mitigated with the decades of improvement created by companies subject to Canada’s oil and gas sector regulations.”

Further, the construction of Liquefied Natural Gas facilities is projected to add billions in new government revenue as well as “provide for additional health care, schools, infrastructure and many other services to be filled by future graduating students.” In addition, “the geological and engineering knowledge from the oil industry is directly transferable towards geothermal energy exploration, which is based on exploiting moving fluids within the earth to capture/harness a different source of energy.” Another technological breakthrough “requiring advanced geoscience and engineering is the use of compressed air stored within sealed underground caverns,” which can be recuperated to operate turbines generating electricity. These are only some of the energy sector positives listed by the students.

The writers make only one mistake in regarding carbon as a destructive element and promoting the technology of carbon capture and storage in order to stimulate the production of clean energy, thus misunderstanding the relation of carbon to fertility and verdant life. Research and development in oil and gas, they maintain, entails “consequences for all energy sources, such as the societal, ecological and geological impact of dams, the utility of land dedicated to solar farms, [and] the societal and ecological impacts of mining rare earth minerals for solar panels, batteries and wind turbines.” 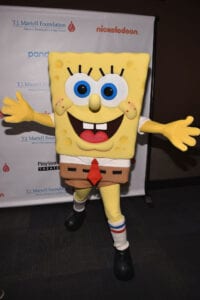 The argument is ingenious, detailing how oil and gas will lead to solar and wind. This may or may not be so, but if intended as a tactical gesture, a sop to the Greenies, it’s clearly bound to fail. Radical environmentalists are concession-proof. Moreover, wind farms, solar installations and SpongeBob-looking photovoltaic panels disfiguring the landscape do not seem a reasonable innovation in countries already burdened by six months of dark winter and unreliable weather patterns. One way or another, there is no immediate foreseeable replacement for oil and gas, as the students themselves admit. By the same token, the anti-carbon brief is wholly misguided. It is the staple delusion of the global warming/climate change/extreme weather industry and its hundreds of millions of gullible adherents.

Gregory Wrightstone’s Inconvenient Facts, which puts paid to the anti-carbon crusade, is equally essential reading. Wrightstone, a geoscientist of 35 years experience, shows that the real threat to humankind is not carbon or Thermageddon but “a group of men (and women) intent on imposing an agenda based on seriously flawed science.” Bruce Bunker’s more recent The Mythology of Global Warming is as close to a clincher as one could hope to find. Relying on reams of proven scientific data from the geologic record, Bunker concludes: “The premise that CO2 emissions are causing catastrophic global warming is a total myth.” His pages need to be studied. I should also mention Alan Fensin, an electronic engineer and NASA design consultant, who in Global Warming, The Carbon Dioxide Hoax, a very accessible account, demolishes the fable that a “small trace gas called carbon dioxide [is] responsible for controlling our climate.”

Writing in the Wall Street  Journal back in 2007, Princeton physicist William Happer also highlighted the fact that “Life on earth flourished for hundreds of million years at much higher CO2 levels than we see today.” CO2 levels during the Ordovician Age of 440 million years ago were ten times higher than they are at present, yet the earth prospered. As Science Daily reports, “The Ordovician geologic period included a climate characterized by high atmospheric carbon dioxide (CO2) levels, warm average temperatures and flourishing life.” (These finding are disputed by left-wing sites like Skeptical Science; physicist John Droz Jr., writing in MasterResource: A Free-Market Energy Blog, demolishes its falsifications definitively.)

The students can be pardoned for their single lapse from scientific rigor and environmental fact. They are young and still have a lifetime of research and study ahead of them, enabling them to correct errors and incorporate ever more facts and discoveries into their world picture—and to find erudite and honorable teachers like Zubrin, Wrightstone and Bunker, among others. They represent the best hope for the future of climatology and environmental studies—and for the recovery and growth of Canada’s energy production. They are in their way a major part of the country’s energy sector—its mental energy sector—which augurs well for the morrow if they can preserve their integrity, pursue their adventure into truth and withstand the ideological inroads of a faux-environmentalist pathology. Their minds are in the right place, which is more than can be said for their politically-correct preceptors.