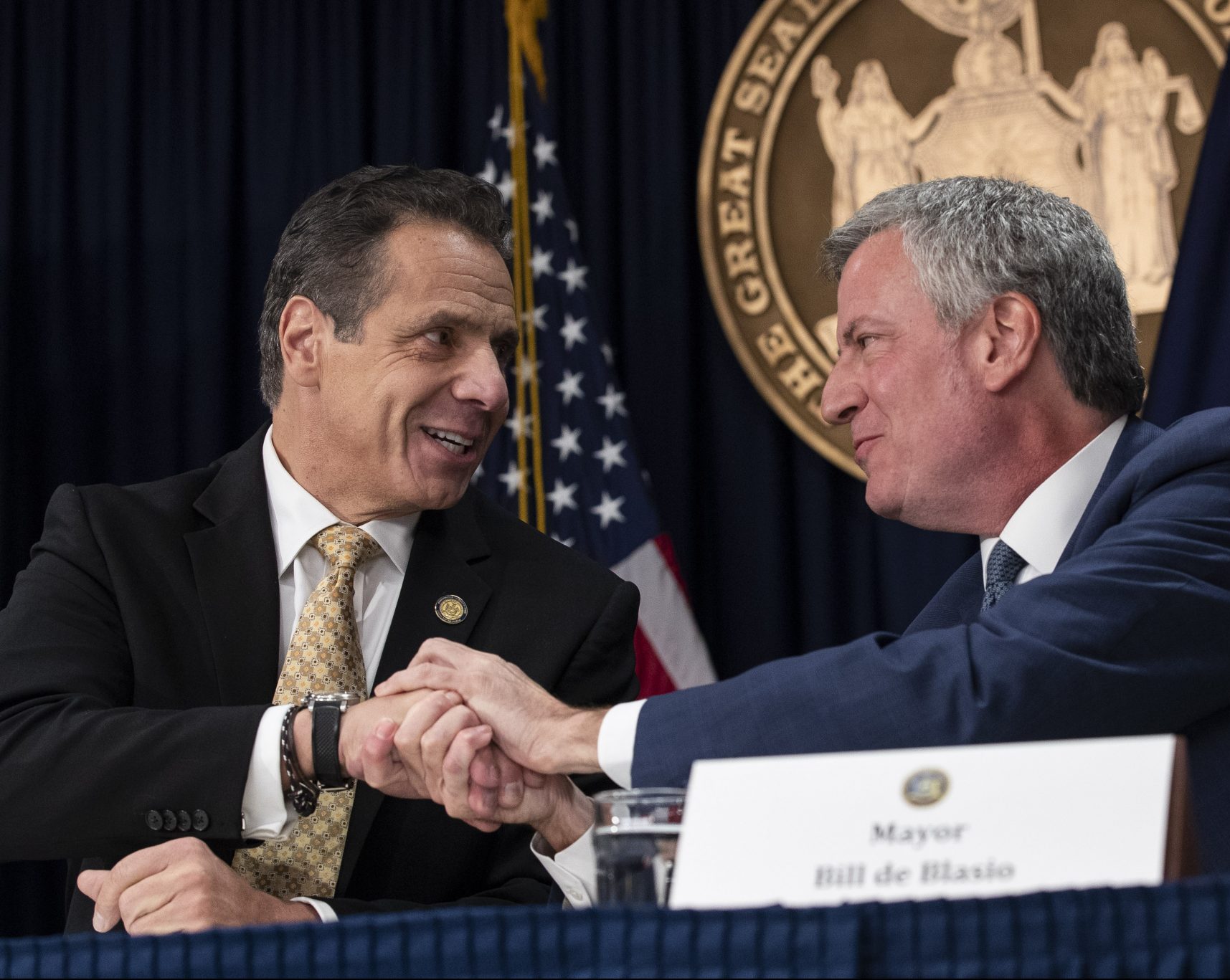 Congrats on a a job well bollixed.

We are living through an apocalypse. Not the Apocalypse mind you. (Or, well, I hope not, but of course we "know not the day nor the hour"). But an apocalypse, in the truest sense of that word: an unveiling, a laying bare. With the Wuhan Novel Coronavirus and the lock-downs, as well as the economic calamity which they've brought about, many things which were obscure before are now becoming clear. The shaky ground upon which many of our political realities have been built are beginning to crumble. As the saying goes, the chickens are beginning to come home to roost.

To take just one example of this (though I plan to write about more of them in the coming days), let us take a look at New York State. The first thing I ever wrote for The Pipeline was a blog post about Gov. Andrew Cuomo's ideologically grounded refusal to allow hydraulic fracturing in New York, while also killing proposals to expand natural gas pipeline capacity into New York. This has led, predictably, to natural gas shortages in the Empire State, with natural gas suppliers increasingly less inclined to hook new customers up to natural gas lines, and even occasionally refusing to turn the gas back on when people have turned them off during home renovations.

It has also meant that New York State has missed out on the well-paying blue collar jobs that have been such a boon to neighboring Pennsylvania, which allows fracking, and which like New York sits atop the Marcellus Shale, one of the largest natural gas fields in the world. These are jobs that have the potential to revitalize upstate and western New York and to help beat back the opioid epidemic that has ravaged the less-prosperous parts of the state. Moreover, the revenue which the natural gas industry could generate could help paper over the decades of poor governance which have led to poorly funded pension plans, and rankings near the bottom of the country for business and personal tax liability, which combine to make New York one of the toughest states in which to raise a family or start a business.

For years now, New York has managed to stay afloat by trading on its reputation. It's home to the Big Apple, the city that never sleeps. Ambitious kids around the country grow up hearing that "if you can make it there, you can make it anywhere". They dream of taking the A Train, giving their regards to Broadway, hitching a ride to Rockaway Beach. Which is all well and good, but you can't live off of capital like that forever without the occasional deposit. And in the era of COVID-19 (which Governor Cuomo has bizarrely decided should be referred to as the "European Virus"), New York's capital -- cultural and pecuniary -- is running thin.

Thanks in large part to the inept pandemic response from New York City Mayor Bill de Blasio and Cuomo himself, New York is the American epicenter of COVID-19, leading the country in both cases and deaths. Researchers have even determined that New York seeded the virus to the rest of the nation, with between 60% and 65% of virus samples studied displaying markers which link them back to the outbreak in New York. (Consequently, after Cuomo unveiled his "European Virus" bit the other day, the NY Post's Karol Markowicz pointed out that, if the governor wasn't careful, Americans might start calling it the "New York Virus").

New York has also taken the lead -- with New Jersey and Illinois right behind it -- in imploring the federal government for a coronavirus bailout. Cuomo publicly begged President Trump to back such a bailout the other day, saying,

You know the state governments are now responsible for the reopening and the governors are going to do the reopening, and they have no funds to do it.

The editors of the Wall Street Journal pointed out in reply,

The Governor blames the pandemic and recession, but states like New York were already in trouble from their own mismanagement. Mr. Cuomo warned for months about a $6 billion state deficit thanks to runaway Medicaid costs and taxpayers leaving his high-tax state. He signed a $177 billion business-as-usual budget on April 3 that allows him to borrow $11 billion if spending exceeds revenues. The coronavirus was already a clear and present danger....

Keep in mind that Congress’s $2.2 trillion Cares Act last month included a $150 billion blank check to states plus $90 billion for schools, public transit and Medicaid. To put these numbers in perspective: All state tax revenues during the last three months of 2019 totaled $254 billion. So Washington’s last state infusion is roughly equal to three months of tax collections... New York received $5.22 billion in direct aid from the Cares Act, or 6.8% of its $77 billion in annual general-fund tax revenue. That doesn’t include $3.8 billion in the Cares Act for the New York subways, and billions more for health care and schools. Illinois received $3.52 billion, or 8.8% of its general-fund revenue, while Michigan also made it big with $3.1 billion, or 27%.

The economic shutdowns will cause budget pain in states and cities. But states with healthy finances going into the pandemic should be able to endure revenue declines for a few months thanks to the Cares Act.

Crises happen. They are simply a fact of life. And one mark of a true statesman or of a well-governed polity, is that they use the good years to "caulk their hulls and clear their rigging," as the British politician Daniel Hannan so memorably put it. In New York that should have meant taking advantage of the Marcellus Shale, a blessing of nature which has led to Pennsylvania "producing about one-fifth of the nation’s natural gas, the making it the second-largest natural gas producer after Texas" according to the Institute of Energy Research.

Back in March, as the scope of this present crisis was beginning to become clear, I argued that the post-COVID world would have less time for anti-human environmentalist bromides and the government policies that flow from them. Hopefully in New York State that will mean clearing the way for cheaper energy and good jobs by reversing the fracking ban. It isn't like they have all the time in the world to change course. In the words of New York legend Yogi Berra, "it's getting late early."