No More Cakes and Ale 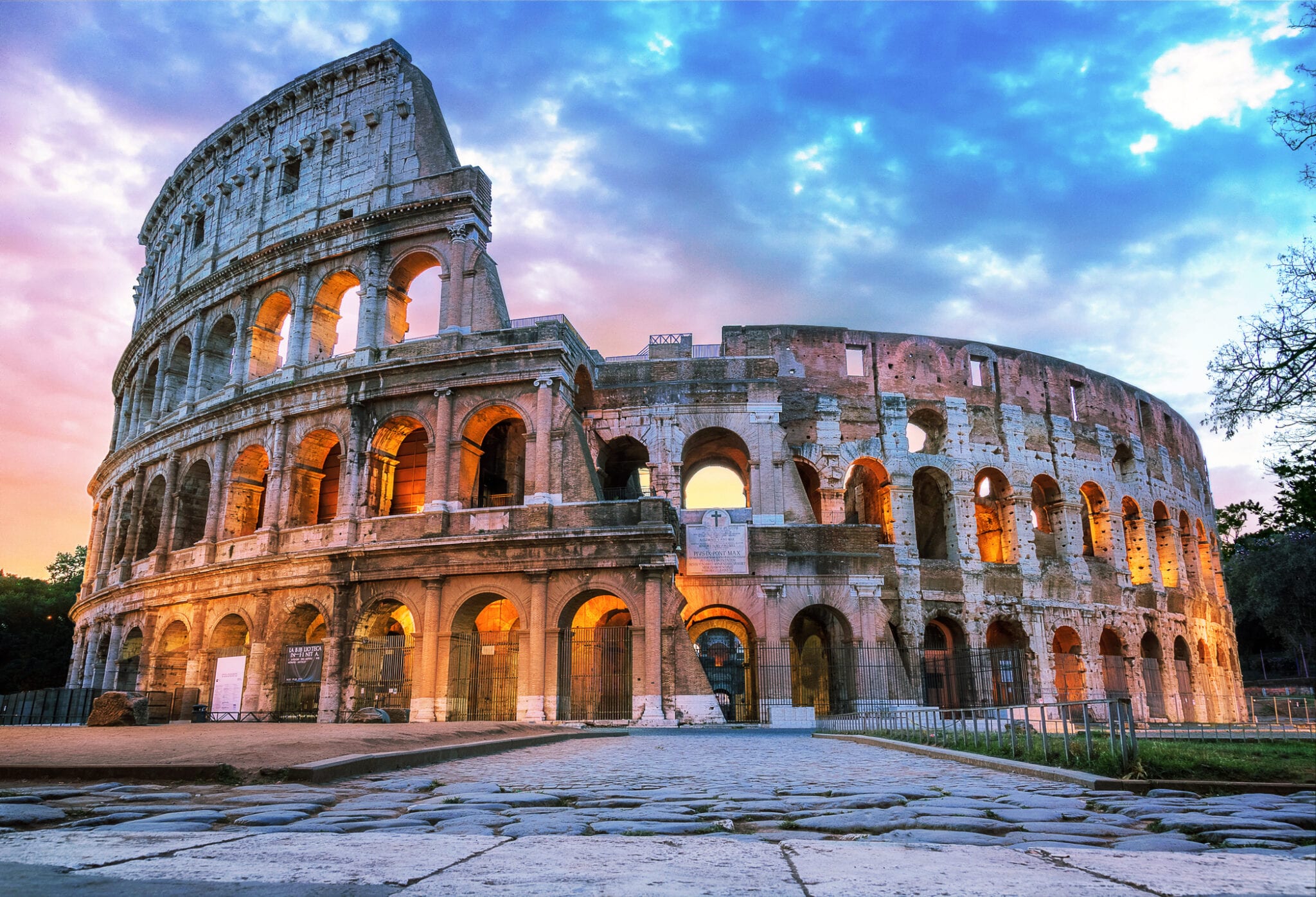 It was fun while it lasted.

The world we once regarded as normal no longer exists. If certain powerful figures in the political and medical communities have their will, we will never return to the way things were. As Klaus Schwab states in his book,  COVID-19: The Great Reset, “Many of us are pondering when things will return to normal. The short response is: never.”

This is surely bad enough. It is perhaps even more alarming that many people don’t seem to care that their world is collapsing, an attitude that only hastens the collapse. They no longer believe in their culture, their nation, and the formative values of the Judeo-Christian West, having succumbed to civilizational fatigue. “A civilization can survive only if its members… believe in its basic values,” writes Joel Kotkin in The Coming of Neo-Feudalism. “Today our key institutions…reject many of the fundamental ideals that have long defined Western culture.”

This is a pan-historical dilemma. As Arthur Bryant points out in his fascinating The Study of England: Makers of the Realm, a major reason for the decay of Rome lay in “a lack of faith and hope,” the gradual demoralization of a people seeing “no purpose either in society or their own lives,” indifferent to their history, disdainful of learning, lacking “individual character,” and recognizing no “ideal strong enough to inspire the masses to perform duty.” The result is despondency and self-despising, and I would hazard the suggestion that, mutatis mutandis, the analogy holds for the contemporary West as well. 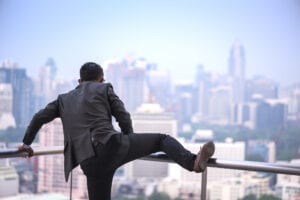 Indeed, there seems at times to be a masochistic contentment with the prospect of the end of normal civilized life. A community is being created, writes Charles Murray in Coming Apart, characterized by “weak social capital” where “the small daily pleasures of friendly exchange with neighbors and storekeepers dry up,” and the quality of life markedly decays.

And people are buying into it. One detects a certain frivolity of mind, the readiness and even eagerness to capitulate to a prevailing orthodoxy, in effect, a superficiality of thought, a dwindling of intellectual range, a loathing for the things we ignorantly take for granted and a perverse desire to see them taken from us.

In his recent book, The Decadent Society, Ross Douthat contends that in the midst of our presentiment of imminent cataclysm, we also paradoxically relish the approaching calamity as preferable to the sense of cultural disenchantment, “economic deceleration,” and affective sclerosis that silently afflicts us.

Writing in American Greatness, Alexander Zubetov is of the same mind. We live in a decaying culture, fueled by resentment “against the great achievements of our civilization’s past,” which we can no longer emulate. Lacking the “high ideals” of our forefathers, who rebuke us for our moral and intellectual degradation, “we lash out at those older generations for the distance they have left between ideal and reality.” Despairing of retrieval, we create a wasteland, reducing everything to rubble out of petty spite and a deep sense of personal inadequacy. We welcome lockdowns, economic collapse, censorship and even an emerging police state that will change our lives, perhaps irretrievably.

This is nothing unusual. We have been educated to hate our culture. As the student chant has it, “Hey hey, ho ho, Western civ has got to go.” But what is most interesting is not only the inverted schadenfreude of self-annihilation. One is also taken aback by the category of things some people are willing to surrender as a sign of their fortitude, thus furnishing a glimpse into the make-up of the progressivist personality, the objects it finds of unique importance, and the particular destitutions it is willing to undergo as it prepares for the emergent order of things. 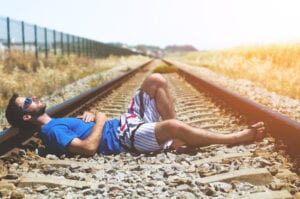 For example, Toronto Star columnist Thomas Walkom warns, with a sort of delinquent glee, that the vaccines cannot keep up with viral mutations and that we must accustom ourselves to a future “of permanent change” in which we will no longer be able to visit hair salons or eat in restaurants. Walkom almost seems to revel in the prospect. Such amenities—the objects of his focus which he is sacrificially ready to do without—will be a thing of the past.

I doubt it will quite come to that. The wheels are up and we still don’t know where we’re going to land. But be it as it may, or may not, such dire auguries tell us something about people like Walkom—those whom Douthat and Zubetov ruefully identified—who seem less concerned about the rest of the culture, of theater, movies, music (bands, symphonies, opera), museums, medical facilities, public lectures and exhibitions, visits to the zoo and the planetarium, sports events, in-class learning, celebratory gatherings, club outings, nature expeditions, pageants and parades, New Years’ Eve, Easter and Christmas festivities, chess tournaments, unencumbered travel to other countries and so on.

What we will miss most in the coming desolation, Walkom inadvertently informs us, is having one’s hair styled and eating out—these are the exuviae he sees fit to marshal—and concludes that “we prepare ourselves for a grim future.”

He is right so far as it goes, a future without hair salons, and especially without restaurants, is pretty grim; there shall be no more cakes and ale. But a future without everything else, which he fails to even mention, is far grimmer. What we are calling into being, as Richard Ellis argues in The Dark Side of the Illiberal Egalitarianism in America, is a new imagined community of willful deprivation populated by “consumed souls,” who gird their loins, for example, to do without hair salons and restaurants. It’s like saying that what you most regret as you’re going down with the Titanic is the buffet and the barber shop. The rest is no big deal.

As for Walkom, he may resign himself to coiffing and trimming his own hair and content himself with Door Dash and Skip the Dishes to sweeten the grim future of mask mandates, enforced lockdowns, repressive officialdom, wide-ranging censorship and the end of normal life he is foreseeing. This is where compliance with collective authority rather than the exercise of political grit and independent thinking leads, to a weakening of sinew, a shallowness of both will and intellect, and a preoccupation with the comparatively banal. 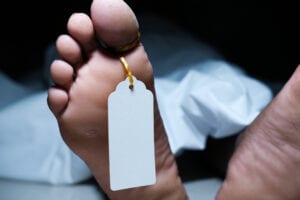 We had it coming.

An alert population educated in its constitutional rights, aware of clinical precedents and hysterical mass irruptions, and capable of making intelligent choices would have seen through the charade and resisted rather than furthered the costly travesty that has been imposed on them. Regrettably, except for a brave and knowledgeable minority, this does not appear to be happening.

When a free society collectively agrees to the surrender of its freedoms, undertakes to hasten its demise—Western civ has got to go—and concentrates on the relatively trivial in the process of its dismemberment, we are witnessing a failure of intelligence and a sapping of character, the besetting vices of the modern West, as they were, according to Bryant, the mortal defects of the Roman Empire. To rephrase T.S. Eliot from The Hollow Men, this is how the world ends, not with a bang but a simper.

3 comments on “No More Cakes and Ale”