Killing the Echo, Freeing the Sound 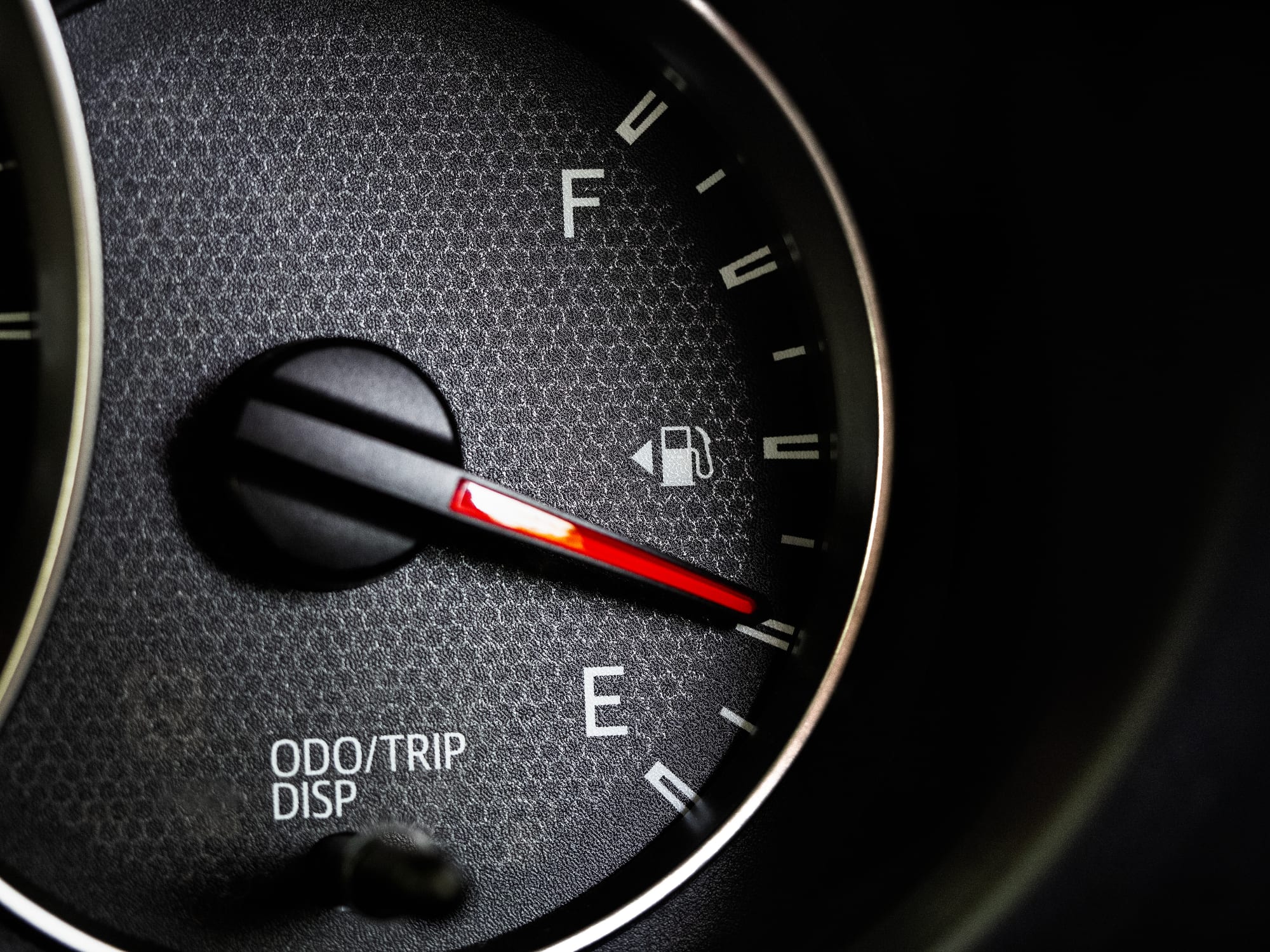 And running on empty.

A favorite saying of the great Anglo-Hungarian economist, the late Lord Peter Bauer was that in the modern world what matters most is not the sound but the echo. He believed that many good ideas, in economics but more widely too, never spread far and wide but remained inside a small circle in seminar or lecture room while transparently bad ideas flourished in books, on editorial pages, and among policy-makers. The explanation was, he theorized, that those who had ideas were less important than those who picked them up, wrote about them entertainingly, and passed them onto their readerships. That’s very similar to F.A. Hayek’s definition of intellectuals as “dealers in second-hand ideas.”

As a development economist, however, Peter believed Hayek’s insight was particularly significant for international communications. If an idea was considered beneficial to the International Herald Tribune, the Economist, the BBC, and the Wall Street Journal, it was likely to become a topic discussed at conferences, adopted as a Millennium Priority issue, urged by UN organizations upon businesses, and even the inspiration for the occasional feature movie.

The fact that his own subject, development economics, had been the beneficiary of such widespread (and largely admiring) attention gave him no joy. As books written since Peter’s death — such as Paul Collier’s The Bottom Billion, William Easterley’s The White Man’s Burden, and Danisa Moyo’s Dead Aid — have confirmed, a great deal of money was transferred from Western countries to the Third World in government-to-government aid over half a century. Far from eliminating poverty, however, it encouraged pauperism, weakened local enterprise, strengthened oppressive governments, and fattened the private accounts of their leaders in Swiss banks.

Yet despite the best efforts of skeptics, rethinking aid policy has not gone very far. We’ve tried to make it conditional on more open and democratic government with mixed results. Its virtue-signaling advantages to Western politicians have kept it (one might say) thriving unsuccessfully. The UK has legally committed itself to spend 0.7 per cent of its GDP on aid annually, though there’s a scramble at the close of the fiscal year to find enough worthy projects to finance. Peter lamented that aid survived because its worst failures were out of sight of the taxpayer and painted gold by progressive opinion in the international media and global bodies. He felt that it had become a lost cause when it was given its own UN agency. It had become too virtuous to fail.

That kind of groupthink—an ideological conformity that is so committed to a project that it cannot be allowed to fail or even to be critically examined—is more common in public life than we might wish. Consider a few examples:

All of these failures were fueled by dogmatic certainty, elite groupthink, suppression of criticism and sidelining of critics, and a refusal to consider serious reform until disaster strikes. Having absorbed those examples, let’s shine a skeptical light on energy and "climate change" policies. Here we see a clash of two necessities: our economies need secure supplies of fossil fuel energy at moderate stable prices (or will do when the lockdowns are eventually phased out), and our governments need to make at least ritual obeisance towards the goals of a “zero-carbon” economy. As my colleague Michael Walsh has pointed out, it was the first week in a long time that climate change did not enjoy priority seating.

At times it seemed like the Seventies Show—the old international politics of oil and gas were with us once again as Trump sought to bring together Gazprom’s President Putin and the Crown Prince of Saudi Aramco to negotiate energy prices that would keep them happy but also save the marginal US fracking producers from bankruptcy and ruin.

Today’s actual result of this energy politicking matters less than the new economic context in which it took place. It’s inevitable now that some kind of economic catastrophe will follow the end of the lockdowns and the Covid-19 epidemic. In that political context, the main concerns of governments in fossil-fuel consuming countries will be to keep the lights on and homes warm. Asking people to pay more for energy and to accept a lower standard of living cheerfully when they are already enduring a much lower standard of living will not be a possibility. Zero-carbon politics will look like a first-world problem when China may be the first world and some Western countries the second world. And though no government will officially abandon the Paris accords and the energy policies that grant expensive subsidies to switch from fossil fuels to renewables—governments don’t do the apology thing if they can avoid it—nonetheless, they’ll be looking for quiet ways to keep “conventional” sources of cheap energy in their portfolios.

And when the young idealists of Extinction Rebellion dig up other peoples’ lawns or block suburban streets, they may find themselves facing a night in the pokey rather than a gig on the BBC. And a more subtle change in our energy politics is likely to emerge from the epidemic. Until now the various manifestations of climatism have been very similar in their smooth political progress from fringe kooks to outliers to unchallengeable official orthodoxy to the large official failures I examined above. Nor is that surprising. The modern climatology movement was more or less founded by the UN secretariat which has helped finance and shepherd it through Rio, Kyoto, and Copenhagen to the Paris conference.

And it shows. Its leading figures have the same blend of virtue and been rooted in the same elite groupthink that allowed dissent only on details. They have treated computer models of global warming as infallible oracles rather than the rough and uncertain guides they really were. They treated “science” as a religious invocation rather than a practical process of trial and error. They demanded we follow their commandments or we would burn. They were impatient with the normal delays of democracy and demanded it be set aside.  Above all, they were very successful in suppressing criticisms of climate change ideology (“science”) and sidelining heretics.

It’s always folly and usually counterproductive to suppress critics and criticism because it means you’re putting blinkers on yourself. Your opponent knows your arguments whereas you gradually forget you even have opponents. He enters the ring the challenger but he’s really the champ when the first blow is struck. Here’s a video from 2014 of the Australian geologist, Ian Plimer, professor emeritus of earth sciences at the University of Melbourne, addressing the Institute of Public Affairs and demonstrating the ways in which the media has kept important stories and serious science out of the news when it conflicted with climate ideology.

I will mention here a good example of how policies that run counter to common sense produce results opposite to those the green planners expected. So attractive were EU subsidies for solar energy that a Spanish company invented a way to collect solar energy at night. How so? Well, they turned on the floodlights and directed them at the solar panels. But there is nothing new under the sun (boom! boom!) when the human imagination is at play either scientifically or fraudulently. Attending an energy fair about 25 years ago, the Anglo-American writer Tom Bethell noticed that a windmill was turning even though there was no wind. In response to Tom’s inquiry, the company explained that the windmill was plugged into the mains. Anecdotes don't prove a case, but if there are enough of them, as there were in Professor Plimer's address, they raise a reasonable suspicion that some aspects of the global warming case need a second look from economists as well as scientists.

One final thought. In recent years the Green movement has sought to arouse public opinion by proclaiming loudly that there is a climate emergency that requires immediate, dramatic, and costly action. Its more reasonable activists accepted that held some exaggeration but insisted that they wanted to create a panic in people because the dangers were indeed great. And this message was hmmered out daily by political and media sympathizers: Repent now, for The End is Nigh. No panic ensued, however, because people could see that the emergency was false and gave a  collective shrug.

In the last three weeks, moreover, things have changed. There has been a real emergency and a real panic. Neither has been a pleasant or useful experience. The lesson from both is that we should want to determine our future and our policies in an atmosphere of deliberative calm in which both sides of important questions are heard and a civilized debate conducted. The computer “models” in which the Greens have placed such faith in their campaigns have not been infallible on the spread of the virus. Nor always have the experts. We have learned to treat them both with a proper degree of skepticism and to demand second opinions when there is doubt.

But we have also learned to listen to them respectfully because  large uncertainty is inevitable in investigating a new virus, and if they  have doubts, they are at least informed doubts which may not be easy to communicate clearly. So we need competing experts in serious debates, and they must include those climate scientists who reject the majority "consensus" which may not be a majority and isn't a consensus on every aspect of the debate. That said, the panics fueled by media demagogues have been the opposite of an improvement on scientists' doubts. They have instead produced anger, confusion, distrust and division on the part of the public rather than enlightenment.

The media in particular have emerged with lower reputations from the  last month. They have plainly wanted to make a case, catch an error, or take a scalp rather than to find and report the facts.  In that regard, media demagogues are hardly an improvement on the activists who made the case for panic. Indeed, they greatly resemble each other and often produce the same effects. But neither should be excluded from national and local debate if they make a fist of a serious argument. What they cannot be given is the exaggerated respect that they have until now been given by both the experts and the public's representatives. If they want that respect, they must earn it.

When normal service resumes, debate on energy and the climate will also resume in a more realistic atmosphere. Not least because we can no longer afford fantastical policies such as  Green New Deals and a net zero-carbon economy by Wednesday week. And the public knows that.