The End of the World, Yet Again 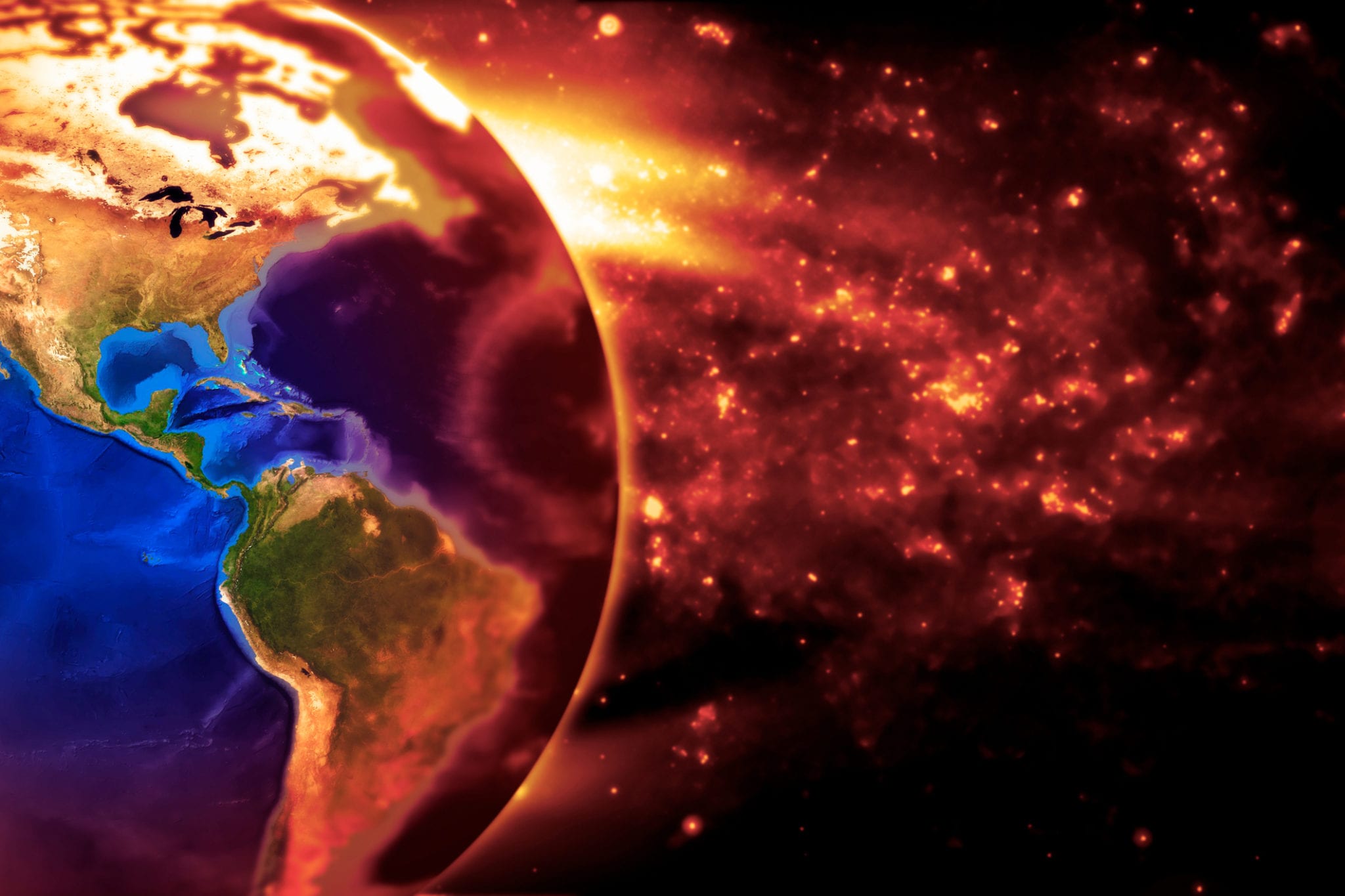 History shows that you can never go wrong betting against Doomsday cults, which have been at it practically since the time of St. Paul, continued through the turn of the millennia, and seem to attract  kooks in every age and time. The world, it seems, is always coming to an end. The latest manifestation of this extraordinary delusion and the madness of crowds come from merry olde Blighty:

As the last light of the late-winter sunset illuminates her suburban back garden, Rachel Ingrams is looking at the sky and pondering how long we have left.

Her hands shielded from the gusts of February air by a well-worn pair of gardening gloves, Rachel carefully places tree spinach and scarlet pimpernel seeds into brown plastic pots. Within the next five to 10 years, she says, climate change is going to cause it to fall apart. "I don't see things lasting any longer than that."

So every evening, after picking up her children from school and returning to their former council house, she spends about two hours working outside. "I find the more I do it, the less anxious I am," she says. "It's better than just sitting in the living room looking at the news and thinking, 'Oh God, climate change is happening, what do we do?'"

Hey, everybody needs a hobby -- and if tilling the soil makes you less anxious about the impending End of the World, great. It's certainly cheaper than a shrink. But what caused this fine madness?

Around a year ago, a video of a talk by a British professor called Jem Bendell appeared on Rachel's Twitter feed. "As soon as I saw it, everything seemed to make sense in a terrifying way," Rachel says. "It felt like a bolt from the blue: 'We're all going to die.' I felt it in my bones that we are at the beginning of the end."

Bendell, a professor in sustainable leadership at the University of Cumbria, is the author of an academic article, Deep Adaptation: A Map for Navigating Climate Tragedy, which has become the closest thing to a manifesto for a generation of self-described "climate doomers". In it, he argues that it is too late for us to avoid "the inevitability of societal collapse" caused by climate change. Instead, we are facing a "near-term" breakdown of civilisation - near-term meaning within about a decade.

The paper was rejected for publication by a peer-reviewed journal, whose reviewers said its language was "not appropriate for an academic article". It is certainly unconventional, with its disturbing descriptions of what's to come. "You won't know whether to stay or go. You will fear being violently killed before starving to death," Bendell writes.

After the journal's rejection, in July 2018 Bendell self-published the 34-page article online. It soon went viral. It has now been downloaded over half a million times, translated into a dozen languages, and sparked a global movement with thousands of followers - called Deep Adaptation, because Bendell calls on people to adapt their lifestyle to cope with the harsh conditions in his vision of the future.

But Bendell's stark predictions have been dismissed by prominent climate scientists. Myles Allen, professor of Geosystem Science at the University of Oxford, is critical. "Predictions of societal collapse in the next few years as a result of climate change seem very far-fetched," he tells me.

That doesn't mean that scientists who believe in man-made climate change are backing off their own consensus -- far from it. They just don't want any defeatism setting in.

Allen agrees [with others] that the paper's pessimism is liable to make people feel powerless. "Lots of people are using this kind of catastrophism to argue that there's no point in reducing emissions," he says.

Bendell's fans reject his rejection. They're ready to abandon the cities and head for the hills, or at least more northerly climes, to escape the coming extinction event and hunker down. Effectively, they've become survivalists, fleeing to outposts like Fife in Scotland as they wait the collapse of civil society.

Lionel Kirbyshire, a 60-year-old former chemicals engineer, says he began getting deeply worried about the climate a few years ago. He read, among other things, some of the writings of Guy MacPherson, a controversial American scientist unaffiliated to Deep Adaptation, who predicts humans will be extinct by 2030.

His head was soon "boiling with all this information that no-one wants to know". "There was a moment about a year ago when it hit me and I thought, 'We're in big trouble,'" he says. "When you look at the whole picture it's terrifying. I think we've got 10 years, but we'll be lucky to make it."

If it's any comfort, Lionel -- that's what they all say.