A Tale of Two Emergencies 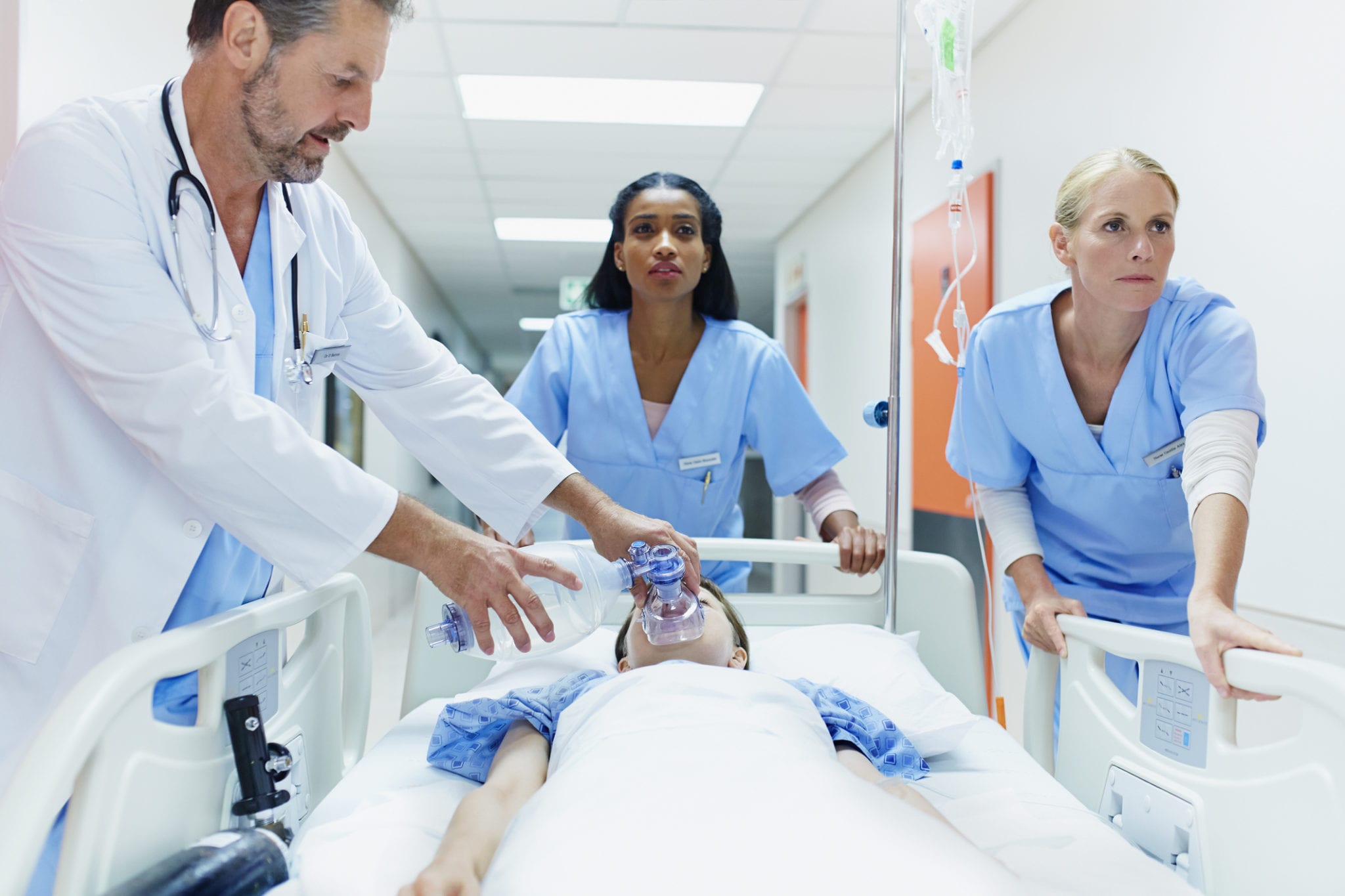 For the last few years the peoples of the Western world have been repeatedly warned in the most frightening terms that they are facing a vast climate “emergency,” but they’ve had the greatest difficulty in keeping their eyes open when the emergency was explained to them. Worse than that, when their eyes have been opened forcibly by election campaigns, they have generally voted to reject the solution—namely, carbon taxation—proposed to them by their governments. And where there’s been a realistic choice, they’ve often rejected the governments too.

In response to this climate skepticism, Greta Thunberg, the anti-establishment protesters of Extinction Rebellion, and the woke Left have joined governments in ramping up the pressure on ordinary citizens to support extreme solutions (see below) to climate change because if we don’t, the world will end in twelve years. Even so the main public response to the protests—disrupting city centres, glueing themselves to roads, and blocking pipelines and mines—taken by the activists and tacitly supported by the authorities has been public anger and demands that they protesters be restrained and prosecuted.

It’s almost as if most of the public don’t really believe there’s a climate emergency.

Now, it’s certainly not because the public doesn’t believe in emergencies in general, or in taking them lightly when they occur, or in shrugging their shoulders and letting governments get on with coping with them. All that has become panic-shriekingly clear in the last two weeks as the Coronavirus emergency has burst into the public mind and provoked supermarket rioting across the world.  So it’s worth looking at the two emergencies and what the differences between them tell us about the politics of emergency in the wider context.

The first and most obvious difference is that whereas governments struggle to make the people care about climate change, it’s the ordinary people who are demanding faster action, more effective medical responses, and bolder intervention by governments, even limits to civil liberties, to halt the spread of the Wuhan coronavirus. The former emergency has been one in which governments put pressure on the people, usually to little or no avail; the latter is one in which the people pressure the governments, sometimes having an impact either in policy or on national life.

Of course, the reason for this is not mysterious. There really is an emergency over Covid-19 (to give the virus its full official title): people are contracting the illness almost everywhere, dying in large numbers in some countries, and the numbers of both infections and deaths are increasingly daily. The Johns Hopkins Tracking Map keeps an up-to-the-minute score which currently shows 136,929 infected people and 5058 deaths worldwide. China, Italy, and Iran have suffered the most of both so far, but other countries are catching up. Europe looks like it's replacing East Asia as the worst hit region. People everywhere feel that the virus may soon come to a street near them. And as Dr. Johnson might have said, the prospect of catching a potentially fatal illness concentrates the mind wonderfully.

That’s led in turn to a second difference: attitudes to the experts and their advice.  On climate change, experts have been elevated to a position of near-omniscience. Those who dispute the orthodox “consensus” of climate scientists, including skeptics who are themselves climate scientists, are labelled “climate deniers,” and media outlets such as the BBC and the Guardian either exclude them from the discussion or attach a “health warning” to their contributions. Debate is discouraged. Only one version of scientific truth is regarded as respectable, even though the underlying basis of science is that truth is always provisional. Something is true until it's displaced by another truth, usually one that can be demonstrated by experiment.

In the coronavirus debate, however, public concern over the imminent risks to them have led to a more skeptical attitude. Experts and the governments they advise have come under severe criticism for not seeing the warning signs of the epidemic—now classed by the World Health Organization as a pandemic—early enough and for not advising sufficiently strong measures to contain it when they realized it was happening. They cite reasons for the first failure: the Chinese government, with the World Health Organization turning a blind eye, kept the seriousness of the coronavirus outbreak under wraps and allowed it to spread beneath the radars of most other nations.

The second failure—if it is one—is more complicated, and we probably won’t know the full truth about it until after the pandemic is over. There's a broad division of opinion between the experts on how to deal with a pandemic once it’s no longer “contained.” The expert view adopted by most countries (and which also sounds like commonsense to most people) is that you should pursue an active policy of “social distancing:" encouraging individual citizens to self-isolate, and banning large gatherings, closing cinemas, restaurants, and most shops, and restricting passage over borders. That will hinder the spread of the virus, even if it can't prevent it.

The other expert view, exhibited most clearly in UK policy, is that these measures won’t really work but instead will mean that mass infections are likely to "peak" all together at a particular time and to overwhelm health services when they do. We see something like that in Italy today. The UK view is that it’s better for infections to be stretched out over a time so that hospitals can cope with the several smaller “peaks” as they occur in succession. This delaying effect will also push the spread of the virus into the summer months when it’s less dangerous and a vaccine is more likely to have been developed.

Now, I don’t know which of those two theories is correct. But I do know that the UK version has been developed by expert professionals over many years of studying earlier epidemics. It wasn’t dreamed up by Dominic Cummings over lunch in Whitehall.  Other experts in the UK disagree, however, and want a more aggressive shutdown and a tougher approach to social isolation. And, understandably, they have a lot of support from a worried public.

I don't intend to decide between these two expert views. The course of the coronavirus pandemic will eventually do that. But I do conclude that when an emergency is real, experts will likely differ on how to deal with it, and the public will want to hear the arguments of both sides fairly thrashed out. If the climate emergency ever becomes real in the public mind, then the scientific consensus won’t last long. People will want answers to a lot of questions, and both climate scientists and economists who question the prevailing orthodoxy will be given a hearing.

Many other differences between these two emergencies illuminate how policy-making inevitably changes when it ceases to be theoretical and becomes a matter of hard choices. One of the important but rarely emphasized elements in the 2018 report of the Intergovernmental Panel on Climate Change on mitigating global warming is that it will incorporate a massive re-distribution of resources from the West to the developing world, including China. Well, a sacrifice is easy to endorse when it’s many debates away from implementation. But the hostility to China over its Chernobyl-like censorship of the rise and spread of the virus suggests that most Western countries—Trudeau's Canada perhaps excepted—won't be too keen on transferring their resources to a great power that sometimes seems to be a hostile one. Nor will they be happy to do so under the auspices of the kind of international civil servants who in WHO allowed Beijing to keep the epidemic under very non-transparent wraps. And even without these recent incentives to national self-interest, governments will be much more nervous about sending out more public money abroad when the voters are paying the kind of attention to climate policy they now give to the pandemic.

So the best question about the most important difference between the two emergencies was posed—though he thought he was answering it—by the former Greek Finance Minister, Yanis Varoufakis, when he tweeted as follows about the coronavirus crisis:

Good luck with that, as the saying goes. For it glosses over some very important distinctions--or perhaps I should call them inconvenient truths.

Have people really consented to major changes in their lifestyle in the Covid-19 crisis? Sure, they’ve been prepared to accept some voluntary social isolation and to impose isolation on their reluctant neighbors because they want to be safe. And living is not a trivial part of any lifestyle. But the restrictions they accept or demand are strictly temporary. It has needed a deathly threat to persuade them to go as far as that. And the experts advising the UK government don’t think social distancing and self-isolation, either voluntary or enforced, will be fun either. In fact the reason they propose a policy depending much less on that approach is that they think people will get tired of it quite soon, after about a month, start breaking their semi-quarantine and reverse its earlier gains.

Those modest sacrifices, however, don’t begin to compare with the massive impoverishment that would follow the proposals of the Intergovernmental Panel on Climate Change to keep the rise in world temperature to 1.5 degrees between now and 2050. This would require a massive reduction in carbon emissions in the West’s economies, which in turn that would mean far higher prices of the energy that powers every aspect of our lives and working lives -- industry, agriculture, transport, communications, travel, and the kind of homes we can afford to live in. Governments have assented to this—it's an intergovernmental organization, after all—but it’s doubtful if even senior ministers have grasped what it would mean for their economies, let alone their voters.

And the IPCC report does not exactly spell it out. Advocates of Green politics and net-zero emissions policy rarely go into detail on it. And the IPCC's 2018 executive summary—turgid and verbose though it is compared to the clarity of the UK medical experts—devotes very little space to the proposed economic shutdown and none at all to what it would cost. As it writes sotto voce: “The literature on total mitigation costs of 1.5°C mitigation pathways is limited and was not assessed in this Report.”

And that impoverished lifestyle is not for one or two months. It’s a forever thing.  If I had a more suspicious nature, I’d think Varoufakis was proposing this in revenge for what the EU, the IMF, and then ECB did to Greece.

But if not: Have fun, Yanis.