In Ukraine, Farewell to the 'New World Order' 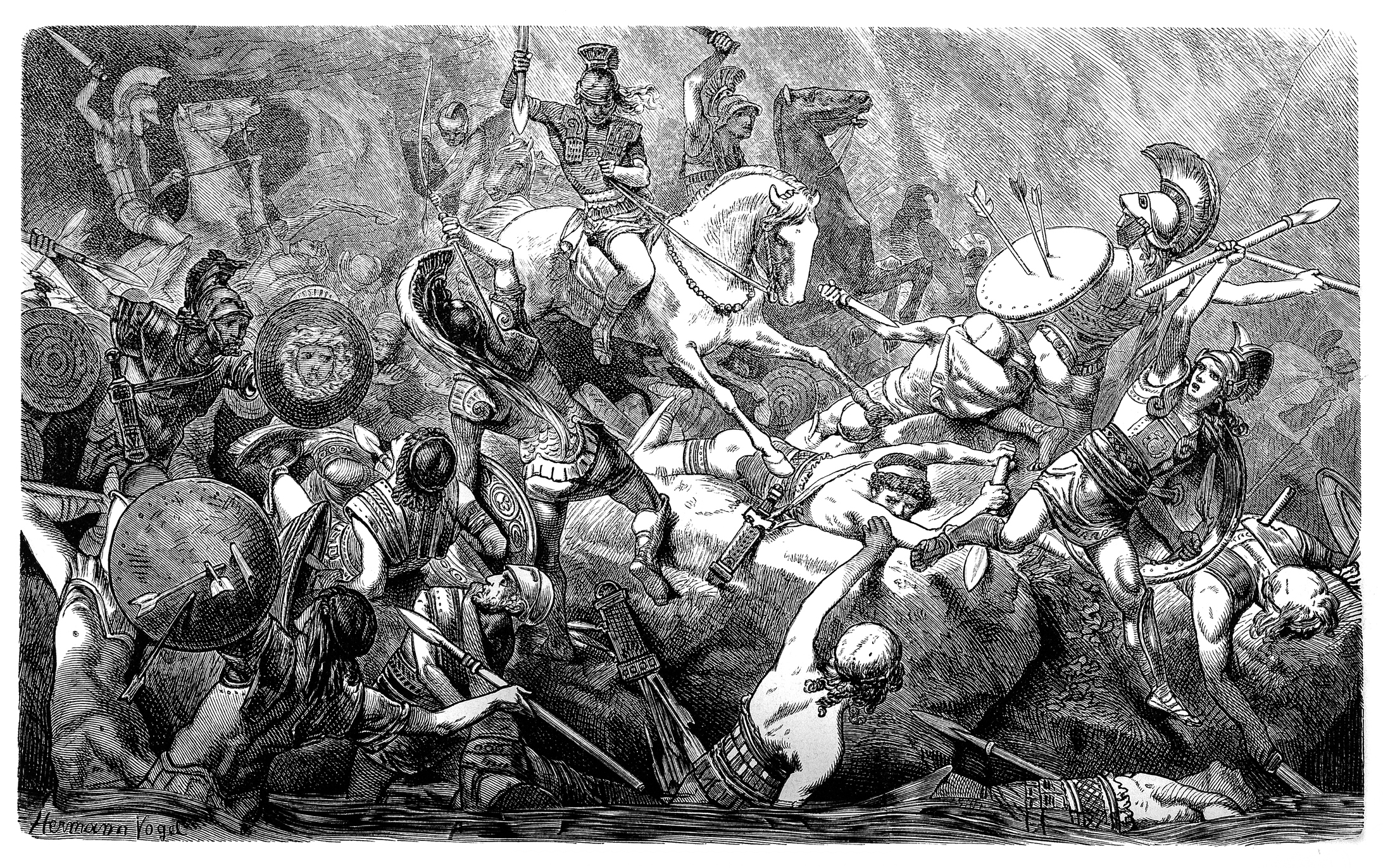 Athens v. Sparta all over again?

Hostilities in the Ukraine are now in their second month, devastating the country, destabilizing economies around the world and provoking fears of a wider conflict. It is a war in which there are no heroes: Putin is a military aggressor, Zelensky is the beneficiary of the U.S.-inspired 2014 Euromaidan coup, and Biden and other Western leaders are reckless provocateurs. Interestingly, it has been said that Ukraine is not only about Ukraine or even about Russian imperialism but also about the expansion of neo-Liberal global reach into the economic structure (via SWIFT, the International Monetary Fund, etc.), military organization (via NATO) and the political order of other nations, along with regime change in Russia or its reduction to a pariah state.

There is considerable agreement among scholars and experts that substantiates the hypothesis. Former Portuguese Secretary of State for European Affairs Bruno Maçães points out that “the West feels entitled to pursue its particular vision with all the tools of state power—in many cases, military power… Western values and norms [need] to be interpreted and enforced, and the most powerful nations in the West have always arrogated that task to themselves.”

More recently, in a wide-ranging interview in The New Yorker with specific reference to Ukraine, University of Chicago political scientist John Mearsheimer argues that “the United States and its European allies share most of the responsibility for this crisis.” Mearsheimer’s hypothesis is clearly predicated on Thucydides’ classic History of The Peloponnesian War. The issue unraveled there is extraordinarily complex, but Thucydides isolates the root cause of the conflict in Athenian power projection and Sparta’s fear of military encroachment and market domination. Each of the belligerents felt it had justice and reason on its side—the concept of πρόφασις (prophasis—the reason or excuse for going to war), which Thucydides carefully distinguishes, will obviously vary, depending on whether you are an Athenian or a Spartan, an American or a Russian. Who is the real aggressor? 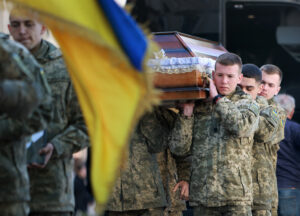 Mearsheimer, like his historical predecessor, underscores fear or apprehension as the central prophasis. “There is a three-prong strategy at play here,” he writes: “E.U. expansion, NATO expansion, and turning Ukraine into a pro-American liberal democracy.” Russian “fear” of Western power projection on its intimate borders is, for him, the crucial issue.

Mearsheimer is not an oracle—he was patently misguided in his denunciation of the “Israel lobby”—but his view on the Ukrainian imbroglio is persuasive. Moreover, whether he is wrong or right on Ukraine pales in comparison with the geopolitical events now massively underway. Certainly, if Western expansion is the plan, it does not appear to be working.  Unintended consequences will often prevail. As Robert Burns famously wrote, “The best laid schemes o' mice an' men / Gang aft a-gley.”

The quagmire in which the West now finds itself is deep, but Zelensky’s urging NATO to “close the skies” is an option that, so to speak, will not fly, short of igniting a major, perhaps nuclear, war that no sane person wants. Indeed, at this point in time, perhaps the most convulsive effect of American and European policy is the unanticipated decoupling of a major part of the world from the so-called New World Order and from a global market ideology, both promoted and imposed by Western powers.

Additionally, the laying of crushing sanctions on Russia—the current version of the “Megarian decrees” invoked to exclude Megarian merchants from Athenian markets and, according to Thucydides, one of the initial sparks of the Peloponnesian War—has been an abysmal failure. The result should have been predictable: “enormous economic repercussions” and recessionary pressures at home and the strengthening of the Russian ruble, which has rebounded from its near collapse to become one of the world’s best-performing currencies, currently pegged at 83 to the dollar.

Putin’s requiring payment in rubles from “unfriendly” nations for Russia’s energy and commodity exports has also helped to recapitalize the ruble. In effect, the severing of Russia from the West has solidified the country’s trade relationships with non-compliant nations like China, India and the Arab bloc, as well as encouraged it to replace its reliance on the international SWIFT banking and messaging network with the Chinese alternative, the Cross-Border Interbank Payment System, or CIPS. Russia and China are also intent on promoting growing cooperation with BRICS, an overlapping economic group consisting of Brazil, Russia, India, China and South Africa, in order to “optimiz[e] global economic governance.” According to Ross Kennedy of the Securities Studies Group, this collaboration will eventually lead to “a notable increase in non-dollar and non-euro denominated trade.”

This rupture has led to the emergence of what scholars call “Civilization States,” a term coined by ethnopologist Emil Pain as “civilizational nationalism.” Whether this is a pioneering or a regressive development is irrelevant; it is a fact. The concept is elaborated in Taras Kuzio’s just published Russian Nationalism and the Russian-Ukrainian War, which is not kind to Putin, and in an important essay by Fabian Linde referring to countries, in Emil Pain’s words, that affirm an “ideology of separateness” intended to consolidate “society on the basis of concepts of a common historical and cultural essence and to counterpose [one’s] own special and unique community to ‘foreign’ communities.”

In opposition to the universalist philosophy of the West, such countries embrace their own history, culture, traditions and “currency first” legislation, establish their own trade and diplomatic rules for dealing with the international community, focus on linguistic and religious continuities, stress the importance of longstanding parental and kinship relations as a means to social coherence, and strive to become self-sustaining cultural mega-units via multipolar trade and currency partnerships with other civilization states. In Russia’s case, as noted, these would be China, India and the oil-producing Arab states. Smaller nations, as well, are considering following Russia’s example. The dominoes are beginning to fall.

In the words of Samuel Huntington from The Clash of Civilizations and the Remaking of World Order, “a civilization is the broadest cultural entity” where people “feel culturally at home.” Former Cambridge University sociologist Göran Therborn similarly describes civilization as “an ancient cultural configuration… the deepest layer of contemporary cultural geology,” a more comprehensive and historically unified totality than the discrete political organization and constitutional frameworks of nation states. In essence, a civilization state is a more encompassing prescriptive category than that of the nation-state. 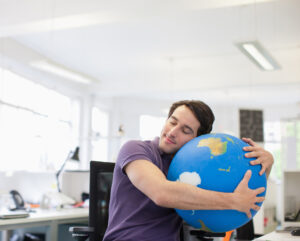 How's that globalism workin' out for ya?

As Indian General Secretary of the ruling Bharatiya Janatra Party Ram Madhav has deposed, “Asia will rule the world, and that changes everything because in Asia we have civilizations rather than nations.” Analogously, Bruno Maçães recalls, during a visit to China, being told by his handler: “Always remember that China is a civilization rather than a nation state.” Nation-states, Maçães reminds us, “are a Western invention. Civilizations are an alternative to the West… a common, increasingly integrated political and economic landscape.” The civilization-state refuses to sacrifice its specific culture for the sake of the secular and cosmopolitan unipolar project adopted by Western societies. Nor does it consider the so-called “international community of nations” as more than a convenient Western figment.

Another basic distinction between the Western nation-state in its contemporary evolution and the Eastern civilization-state in its current emergence has to do with borders. While retaining its governing apparatus, the modern nation state is increasingly porous, opening its borders to refugees legal and illegal and rampant immigration. The development of a centralized banking network equally plays into the dissolution of independent monetary policy—that is, the nation-state has opened its fiscal borders as well. The civilization-state, while larger in its population mass and in its embracing of long-enduring cultural values and historical antecedents, is paradoxically smaller in the sense of keeping its borders closed to outliers and resisting global control of its currency protocols, trading provisions and supervening organizations.

This is very bad news for the missionary universalism of the neo-Liberal unipolar West and its presumably unstoppable historical thrust toward a global neo-liberal system, which Francis Fukayama enthusiastically touted in The End of History and the Last Man. As a result of a momentous miscalculation regarding the Ukraine conflict, treating it as a pretext to augment its own political, military and fiscal hegemony, the days of Western supremacy appear to be over and the Globalist fantasy dead in the water. 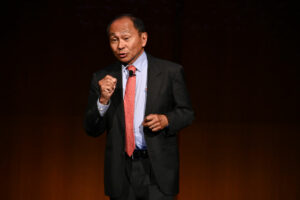 Fukuyama: maybe not the "end of history" after all.

According to CBS, in a meeting with Chinese Foreign Minister Wang Yi, Russian Foreign Minister Sergey Lavrov painted a picture of a new and different “world order,” saying the world was "living through a very serious stage in the history of international relations” and that Russia and China, along with others, will move to create a new and unique multipolar world.

The march of Western nations toward an interlocking fiscal system based on the petrodollar as the world’s reserve currency and governing the world’s trade arrangements and political future seems helpless before the tectonic shift of Eastern and Eurasian polities toward a new system of communal and economic interdependence. The civilization-state is in process of supplanting the independent-but-allied Western model of decentralised states regarded since the Peace of Westphalia as the global paradigm for political organization and cross-national codification of a particular set of laws and treaty obligations—often, be it said, more honored in the breach than in the observance. The conflict in Ukraine has been the catalyst of a scalar reconfiguration in the political orbits of nations and civilizations.

In The Rise of the Civilizational State, Christopher Coker warns that we are “living in a world in which civilization is fast becoming the currency of international politics.” The evangelical zeal and self-interest of Western-centric liberalism, with its one-size-fits-all rule-based political structure and its dominant financial institutions as embodied in the nation-state, is coming to an end. “The west may be out of the business,” he writes, “of shaping history for everyone else, or even itself.” The best laid schemes of military planners and state politicians do often gang aft a-gley.

One comment on “In Ukraine, Farewell to the 'New World Order'”