'Green Energy'? Let's Do the Math 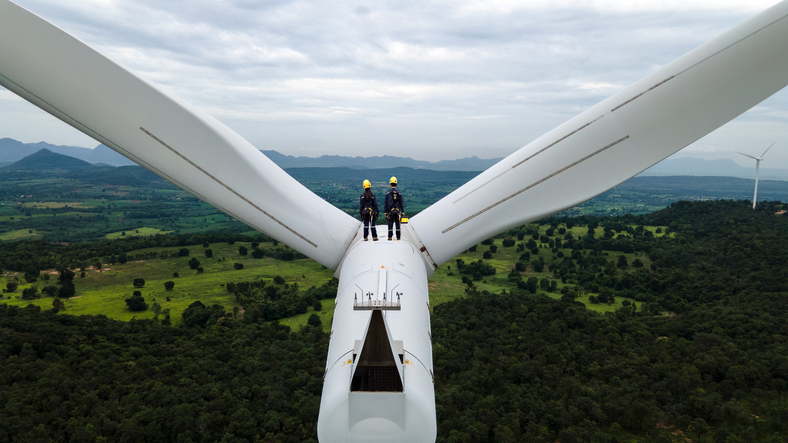 It's not about "climate," it's about freedom.

Rather than argue climate politics and ideology, let’s look at math, the language of the universe. Americans own approximately 270 million private gasoline vehicles (GVs) and drive 3.2 trillion miles per year, consuming 123 billion gallons of gasoline.  Why? Because we want to. Because we (still) are free to do what and go as and where we want. Democrats don’t like this. They prefer that we little people live in little boxes wedged-in with a hundred other little boxes, next to the (subsidized) light rail and the (un-air-conditioned) workplace and the (un-air-conditioned) grocery store selling bugs instead of food.

President Brandon read from his teleprompter that he wants to build 500,000 EV charging stations. By comparison, our 279 million GVs require only 115,000 “charging” (gas) stations. “Charging” a GV for the next 400 miles takes about 10 minutes. Absent fast chargers, charging an EV for the next 400 miles can take up to eight hours.  Spending less time per person charging requires having more stations – about four times more. How much CO2 will be expelled into the atmosphere to build this costly infrastructure? As with windmills, arguably more than using them will reduce.

America generates annually, using 99 percent traditional power sources (hydro, coal, oil, natural gas, uranium) about four trillion kilowatt hours (Kwh) of electricity to power our grid and run our homes, offices, stores, internet, etc. NOT in charging 270 million EVs. The additional one percent of electricity generation comes from small-scale solar. The EPA has created a metric, “MPGe,” for EVs. An EV will use 33.7 Kwh of electricity to travel as far as a GV on one gallon of gasoline. Replacing 123 billion gallons of gasoline will require four trillion Kwh, or double what the nation generates and uses today. See the problem? California can’t even keep the lights on today. 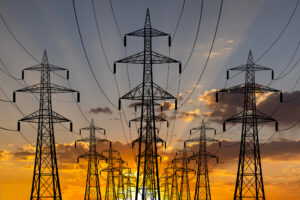 Not as easy as it looks.

Let’s add physics to math. How does the electricity we use get to a charging station, whether commercial or at our home? Electrons – electricity – travel in the vacuum of free space at the speed of light, which is the speed of electromagnetic radiation, of which light is a frequency. This speed is three million meters, or about 186,272 miles, per second. Through wire here on earth the electrons travel more slowly, but the speed of the electrical charge moving through a wire is nearly the same as in free space.

The transmission wires from a power plant to an outlet are not batteries; no charge is “held” in them to be used when turning on a light switch or plugging in an EV. The instant the switch is flipped to charge an EV and apply that load to the circuit, that electrical charge is created by releasing water at the dam, burning coal, natural gas or oil, or using the heat of fission at a nuclear plant.

What’s the point? If 270 million cars are sitting at home plugged-in overnight for their change, how much sun is shining? How much wind is blowing? None, and not much. As noted previously, the planet lacks the elements and minerals, and certainly the mining capacity, to create the amount of battery storage required to store all the energy hitting the earth daily from the sun to charge our vehicles overnight.

[A] rough conclusion is that getting all of our electricity from wind, solar and batteries would consume around 70 percent of all of the copper currently mined in the world, 337 percent of global nickel production, 3,053 percent of the world’s total cobalt production, 355 percent of the U.S.’s iron output, and 284 percent of U.S. steel production. Along with unfathomable quantities of concrete–which, by the way, off-gases CO2.

Plugging in the car, closing that circuit, requires that the electricity is created at that instant. Simply – this cannot happen with “sustainable” electricity generation and storage. It is mathematically impossible to replace America’s GVs with EVs and retain anything close to our rate of progress or standard of living. It also is culturally impossible; why do you think the elites have been attacking Western Culture? 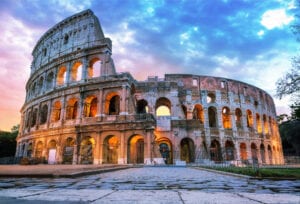 Been around for thousands of years.

Economists talk about removing friction from the economy. Removing economic friction ostensibly is why we are going to (be forced to) go cashless, though the reality for that forcing may be entirely different. Moving to EVs will add friction to our everyday lives, to food and material consumption, to transportation, to the entire supply chain and the variety and quantities of goods and services we have come to expect and which all our jobs are designed to extract, produce, move, sell and dispose of. Removing friction aids progress; adding friction reduces progress.

Progress is the more productive use of natural and human resources, including energy. If we want to consume fewer resources, to use less energy, we need more progress...  and more electricity.

This seems to be a conundrum. Do we use less energy shopping online than going to a dozen stores around town on a Saturday? Sure. But do you know how much electricity the data centers hosting our online shopping used over a decade ago…?

In 2010, over 10 percent of electricity in the U.S. was due to computer and IT equipment usage…  assorted US data centers use a collective 7000 megawatts… ; this is more power than is used by the State of Mississippi.

We need electricity to create and maintain our standard of living, to continue to progress. “Sustainable” energy cannot replace hydro, fossil and nuclear, let alone double it. We can neither sustain our current standard of living nor advance it without more energy. This doesn’t factor-in the developing world’s need for more energy to achieve equity in living standards with the first world.

Can we generate the additional electricity we need to continue our current, and future-desired, standard of living? Of course. Can we do so and reduce the CO2 in the atmosphere (which may not be necessary at all, given that the CO2 levels have increased for years without warming)? Yes. How? Nuclear. No other generation capability can do so. Nuclear is such a good idea that even the founder of Greenpeace is all for it. It’s pretty hard to refer to him as an “anti-environmentalist.” But the left won’t allow nuclear, and our rulers don’t want us to have the freedom it provides. 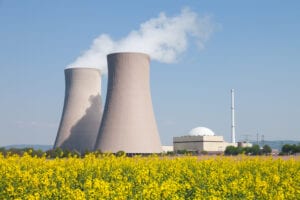 Only way this works, greenies.

Friction – the Green Dream – is anti-progress. Which makes it anti-employment, anti-prosperity, anti-humanity, anti-liberty, anti-freedom, anti-natural resource and anti-future. The only people supporting adding this friction are those not understanding the ramifications, and those not having children so who do not care about the future. The former need to be educated and the latter ignored. The Green Dream is cultural and civilizational suicide. Because math.

The Green Dream is about getting us in on the plot to destroy liberty and enable tyranny by brainwashing us to vote for our own demise. To destroy prosperity and spread poverty. To destroy the educated, productive middle class on which civilization depends.

Bernie Sanders may remark that we don’t need one thousand different kinds of deodorant that capitalism can provide and Marxism can’t, but I’m not at all sure I want a government that can’t win a war, can’t keep the homeless off the streets, can’t stop Capitol Cops from rioting against and murdering peaceful citizens, can’t stop BLM from burning down our cities and assassinating law enforcement officials, can’t stop meth and heroin junkies from shooting-up in the streets, can’t stop “teachers” from “teaching” 6-yr-olds how to masturbate, can’t stop pedophiles from attacking our children, can’t police our own border, can’t stop printing money to repair the damage from their last money-printing… telling me I can’t drive my GV to Yosemite or to a steak house.