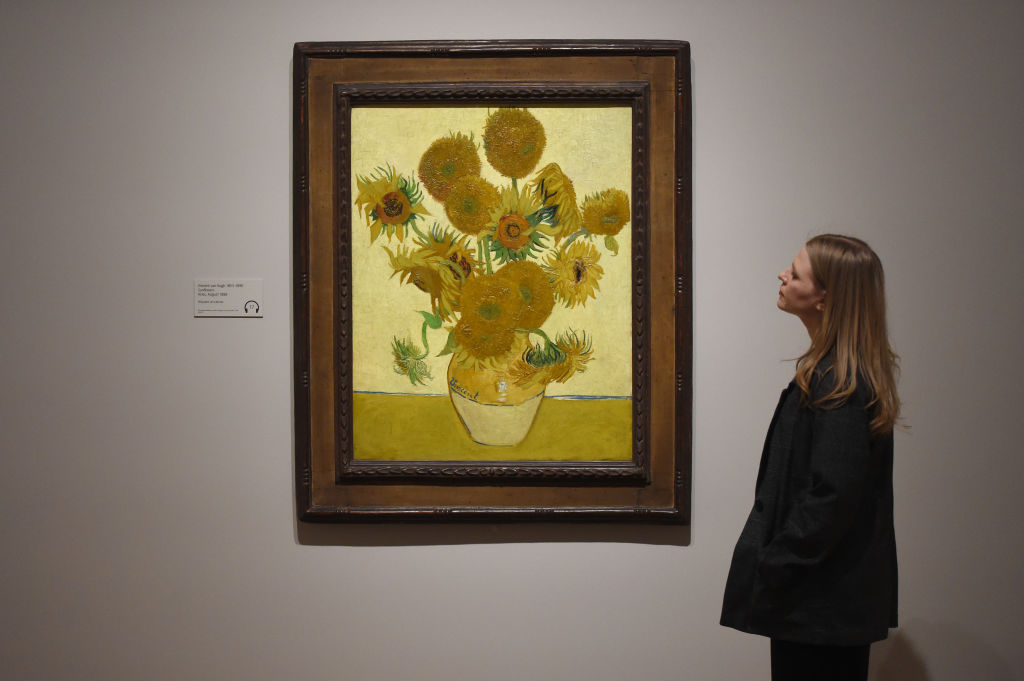 Only barbarians would want to spoil it.

What can be said about this, except that they hate all that is true, good, and beautiful?  Fortunately, the picture, which hangs in Britain's National Gallery, was quickly cleaned and restored to exhibition.

Activists with @JustStop_Oil have thrown tomato soup on Van Gogh’s Sunflowers at the national Gallery and glued themselves to the wall. pic.twitter.com/M8YP1LPTOU

The "protestors," who wore T-shirts proclaiming Just Stop Oil and then glued themselves to the wall, were only charged on counts of criminal damage.

A spokesperson for the National Gallery confirmed that there was no damage to the painting, which is one of the iconic versions of “Sunflowers” that Van Gogh painted in the late 1880s. It has an estimated value of $80.99 million.

“There is some minor damage to the frame but the painting is unharmed,” the spokesperson told CNBC. The painting was covered by glass, and it was cleaned and returned to the National Gallery Friday afternoon.

Just Stop Oil has been protesting in London for the past two weeks, and the group said in a press release that its actions were “in response to the government’s inaction on both the cost of living crisis and the climate crisis.”

Cultural vandalism should be punished as harshly as violent crime. There are no good intention or a "higher loyalty" involved, just brainwashed barbarian malice.