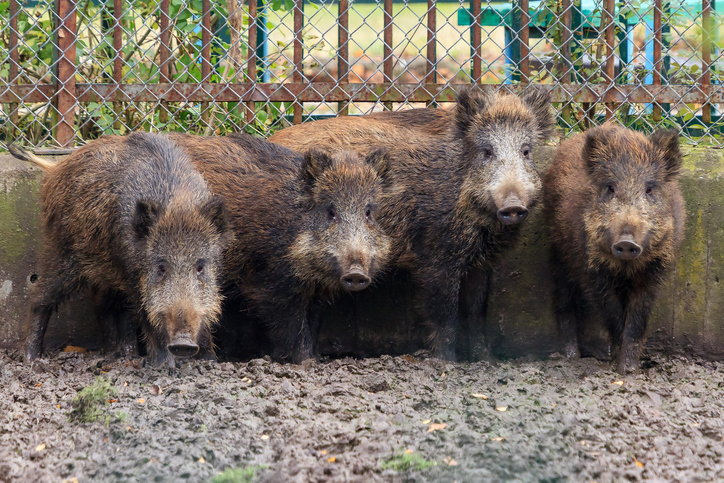 Is there nothing they can't do?

The left had a lot of fun a few years back making fun of a man named Willie McNabb who commented on a tweet about gun control that he needed his AR-15 to protect his kids from the mass of wild hogs which traipsed across his property, near where his children played.

Legit question for rural Americans - How do I kill the 30-50 feral hogs that run into my yard within 3-5 mins while my small kids play?

The tweet went viral, and a quick glance through the thousands of mocking replies and retweets will show you the standard response, which boiled down to disbelief that this could be a real problem, and lots of speculation that this yokel was going to eventually shoot his kids.

Well, here's some vindication for Mr. McNabb -- there has recently been more widespread acknowledgement of the fact that wild hogs are a horribly invasive species, and are now present in forty-eight states (up from twenty-seven since the turn of the century). They are potentially dangerous to humans, really dangerous to non-invasive species, and they cause between $1.5 and $2.5 billion worth of damage to crops in the United States every year.

Moreover -- and here's where lefties might really start to pay attention -- they have also been accused of contributing to rising CO2 levels in the atmosphere and having a negative impact on the climate.

According to a new study published Monday in Global Change Biology, wild pigs around the world are releasing the equivalent of 1.1 million cars’ worth of carbon dioxide each year—just from digging around in the dirt.

This, the study explains, is because dirt stores a great deal of carbon, but wild hogs search for food by rooting around in the dirt, using their snouts and tusks as little shovels to disturb often-untouched patches of soil.

According to the models O’Bryan and his colleagues developed, wild pigs are uprooting anywhere between almost 14,000 square miles (36,214 square kilometers) to 47,690 square miles (123,517 square kilometers) in their non-native habitats. And all this digging has serious consequences for the carbon dioxide stored in soil. Around 5.37 million tons of carbon dioxide each year are released due to wild pig activities....

Scientists have called wild pigs, or Sus scrofa, “one of the most prolific invasive mammals on Earth.” ... their population ranges between 6 to 7 million in the U.S., and experts say managing this big group of pigs might mean a mass killing of between 60 percent to 80 percent of them... The new findings show their impact on the climate is one more reason to end feral hogs’ reign of terror.

Reign of terror is right! To save our crops, the climate, and our children, I hereby propose to you, dear leftists, a truce. If you guys ease up on your anti-legal gun ownership furor, we'll round up a few hundred thousand gun nuts to thin out the wild hog menace by the expert recommended "60 percent to 80 percent." We will even divvy up the bacon so that you all don't have to worry about hog bodies laying about.

Then, once we've bought us all some climatic wiggle room, you can stop bellyaching about gas guzzlers and electric vehicle mandates at least until there are a million more cars on the road than their are today.

Deal's on the table, take it or leave it.