Empty the Head that Forswears the Crown 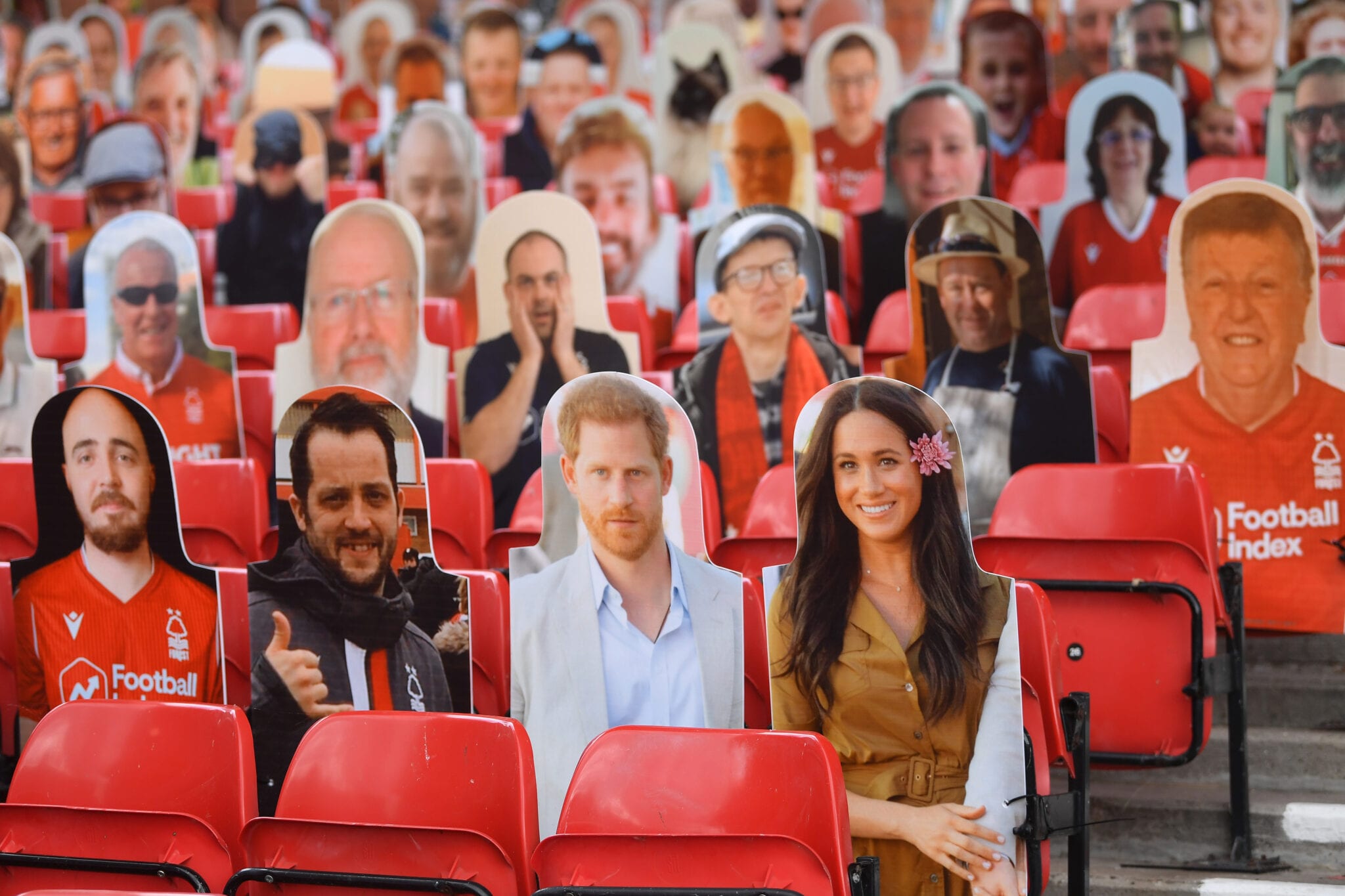 Saving the planet, two "royals" at a time.

Earlier this year Prince Harry, like so many frustrated young men before him, left home and ran off to California with a pretty girl in the hope of hitting it big and changing the world. Of course, being royalty, he didn't move to Haight-Ashbury to start a mediocre folk group and get stoned at anti-war protests. Instead, he and Meghan moved into a $14.7M mansion in Beverly Hills, signed a mega-deal with Netflix, endorsed Joe Biden, and became environmentalists.

Still, like the folkies, Harry has felt it necessary to inflict his faux-poetic thoughts on the rest of us.  Here he is speaking at an event for WaterBear, a new subscription service for environmentalist documentaries:

Far out, man. You can almost hear this being sung by Scott McKenzie or the Mamas and the Papas. No word on whether he thinks the universe might be just a single atom in the finger nail of some enormous being. Of course, to change the world you have to tackle the tough issues of the day, and Harry didn't disappoint on that score. He made it a point to tie the ongoing pandemic to the environment, saying:

[I]t’s almost as though Mother Nature has sent us to our rooms for bad behavior to really take a moment and think about what we’ve done.... We take so much from her and we rarely give a lot back.

But, as Joanna Williams points out in the Spectator, we really shouldn't laugh. For all of his vapidity, Harry is clearly making a play for increased cultural cachet, and he's doing so by parroting  the sentiments of our cultural elite. These are all common views among our beneficent rulers.

Consider another of the prince's insights: "But the moment you become a father, everything really does change... you start to realize, well, what is the point in bringing a new person into this world when they get to your age and it’s on fire?" This is a perfect encapsulation of elite climate hysteria, and it is becoming increasingly normalized.

Williams discusses the fact that this image of the world burning irresponsibly encourages eco-anxiety, a growing problem for both adults and children, many of whom have been psychologically harmed by the propaganda, as Greta Thunberg apparently was after watching a (now-debunked) David Attenborough film.

But there's also Harry and Meghan's longstanding vow to have no more than two children, for environmental reasons. Their public declaration is clearly meant to influence the choices of regular people, making them feel that it would be irresponsible to have more (or any) children, despite the fact that our country has below-replacement birthrates and Americans already have fewer children than we claim to want. Who are these people to say your dream of being a parent is irresponsible?