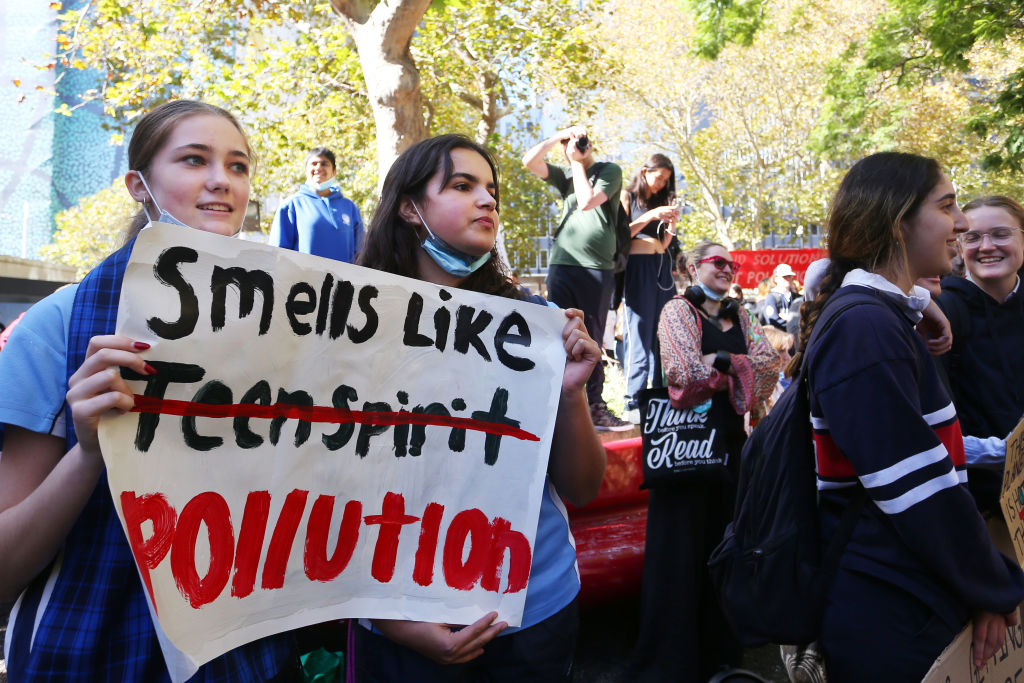 Writing at the shuffling zombie hulk of what used to be Time Magazine, Christiana Figueres pens the usual media "climate change" bilge, this one titled “The Future of Climate Change is Being Written in Ink Today.” As usual in such stuff, she maintains that there is a clear scientific consensus on climate change, exaggerates the danger of not transforming our lives completely to deal with it, and overestimates the technological and political ease with which the transformation can occur.

She argues in her polemic that we are at a critical juncture to save the planet and only “transformational change” will do it. According to Figueres, we must "cut our global greenhouse-gas emissions in half by 2030" and "safeguard all remaining healthy ecosystems, regenerating those we have depleted." If we don't, she continues,

[W]e basically condemn ourselves and our descendants to a world of ever increasing climate chaos, spiraling destruction, and deepening human misery. However, if we do choose to cut our emissions by 50 percent by 2030—which is technically entirely feasible—and act decisively to protect nature, we open the portal to a world that not only averts the worst of climate change, but is actually a much better one than we have right now, with better public health, more-livable cities, more-efficient transport, and more-productive land.

Without a doubt, we are in the decisive decade. We must be guided by the firm conviction that humans can meet this challenge. We must change the unfolding story of the Anthropocene from one of overconsumption, inequality, and destruction to one of repair, re-generation, and reconnection—against all apparent odds. We must constantly remind ourselves that we are holding the pen. We must stand tall in our unwavering faith in human ingenuity and compassion, reminding ourselves of our individual and collective agency. Carving a better future does not happen on its own. We have to be intentional, purpose driven—frankly, downright stubborn—about our objective. Only that determination will give us a fighting chance.

Ms. Figueres, a Costa Rican, was, among other things, the former executive secretary of the U.N. Framework Convention on Climate Change, and like most of the globalist Davos- loving crowd seems to have ignored what our experience shows us about the efficacy and necessity of cutting greenhouse gas emissions. Probably because she’s a social anthropologist not a climate scientist or engineer.

Figueres: carbon emissions comin' to get ya.

People with a greater regard for hard data refute her every stated contention, including that “scientific reports… are categorical in warning us of looming, radical changes in the earth’s systems.” Contrary to the rosy picture that governmental measures, some draconian, all of them economy killers, can result in cutting carbon emissions, in fact, with greater governmental intercessions they have never been higher. As Ken Caldera, a climate scientist at the Carnegie Institute for Science sensibly observes, as long as developing (i.e. poor) nations want to expand their economies and better provide for their citizens wellbeing, they must rely on fossil fuels which remain the cheapest way to provide reliable electricity. In the U.S., “emissions ticked up as renewable energy surpassed coal power nationwide for the first time in over six decades.” Any government that long persists in starving and freezing its citizenry to appease the chimera of climate change will be inviting replacement by more pragmatic leaders.

So why this failure of increased reliance on renewables to cut into emissions? Viscount Christopher Monckton of Brenchley did a thirty-three year audit comparing climate predictions respecting CO2 emissions with climate data and it provides some answers to the question why increased fossil fuel emissions are not the disaster people like Figueres claim it is. Not only are their predictions wrong, but the IPCC persists in ignoring the fact that the original predictions “were grossly exaggerated.”

The direct warming that the models predict in response to doubled CO2 is just 1.2-1.3 K, which is consistent with the observed 0.13 K/decade warming. However, the models multiply that direct warming, or reference sensitivity, by about 3 to allow for temperature feedback, chiefly from more water vapor in warmer air. But, as Professor Lindzen says in his recent interview with Jordan Peterson (watch it now before the climate Communists in control of YouTube censor it), the le Chatellier principle would lead us to expect that under anything like modern conditions feedbacks would be more or less self-canceling.

Any rational government, on conducting a similar audit, would conclude that the original fears of rapid and catastrophic global warming have proven entirely groundless, and that, given the plummeting annual death rate from weather-related events, the mild warming we may well continue to cause will continue to be as net-beneficial as it has been until now. There is certainly no conceivable justification, on the evidence that has accumulated since 1990, for any action whatsoever to mitigate future global warming. There will not be enough of it to do anything but good.

In sum, the climate is less sensitive to carbon emissions than predicted decades ago by the IPCC; significant efforts to reduce these emissions by relying more heavily on renewables has not achieved the goal of reducing emissions—which are, in fact, rising; the degree of recent warming is minimal, net-beneficial and not deleterious. Still if you wish to remain in good stead with the credulous and corrupt, keep peddling the same nonsense. You, too, may even get to write for Time Magazine.

In Egypt, a Sharm El-Sheikdown